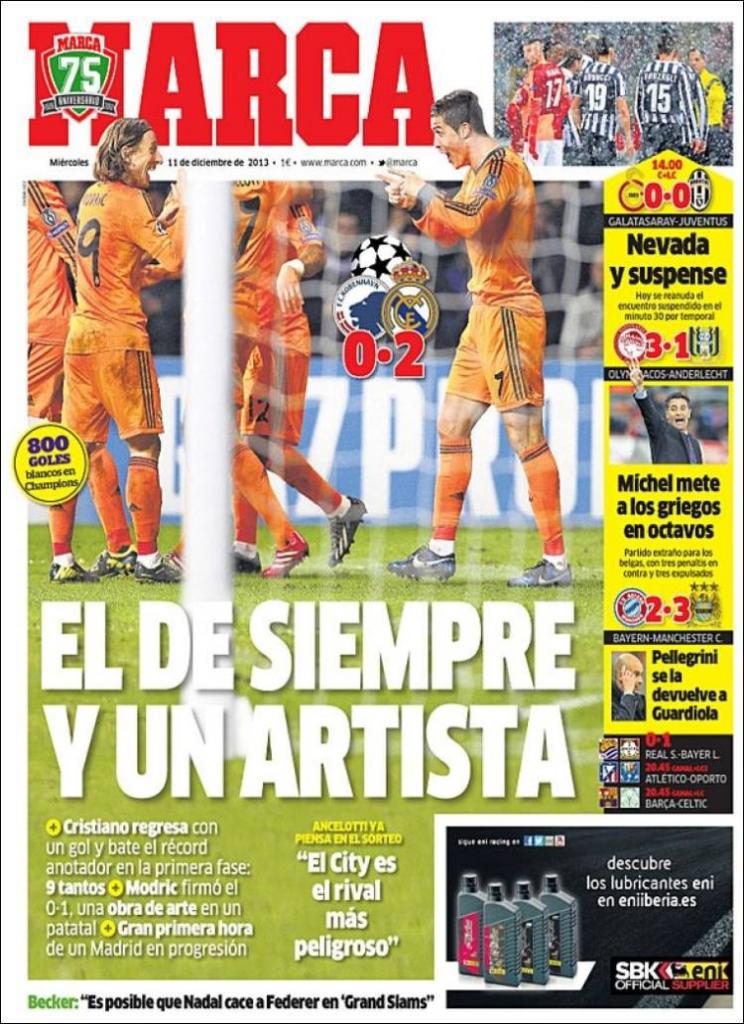 Always and an artist

Modric made it one-nil, with a work of art

A great first hour by a Madrid making progression

Ancelotti already thinking of the next phase: "City is the most dangeros rival"

Becker: "It is possible that Nadal could catch Federer in the number of Grand Slams"

Michel takes the Greeks to the next round

Snow and suspense as Galatasaray and Juventus game is abandoned 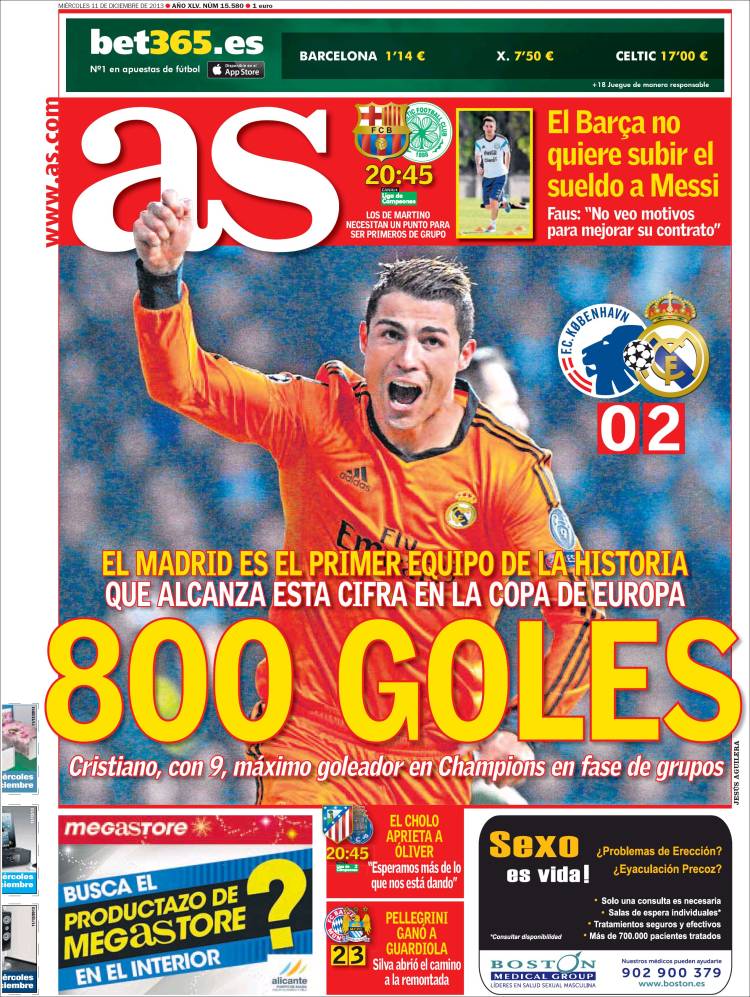 Cristiano, with goal number 9, breaks record for goals scored in the group stages

Barca do not want to increase Messi's wage

Faus: "I do not see reasons to improve his contract"

El Cholo gives Oliver a chance: "We hope for more than he is giving us" 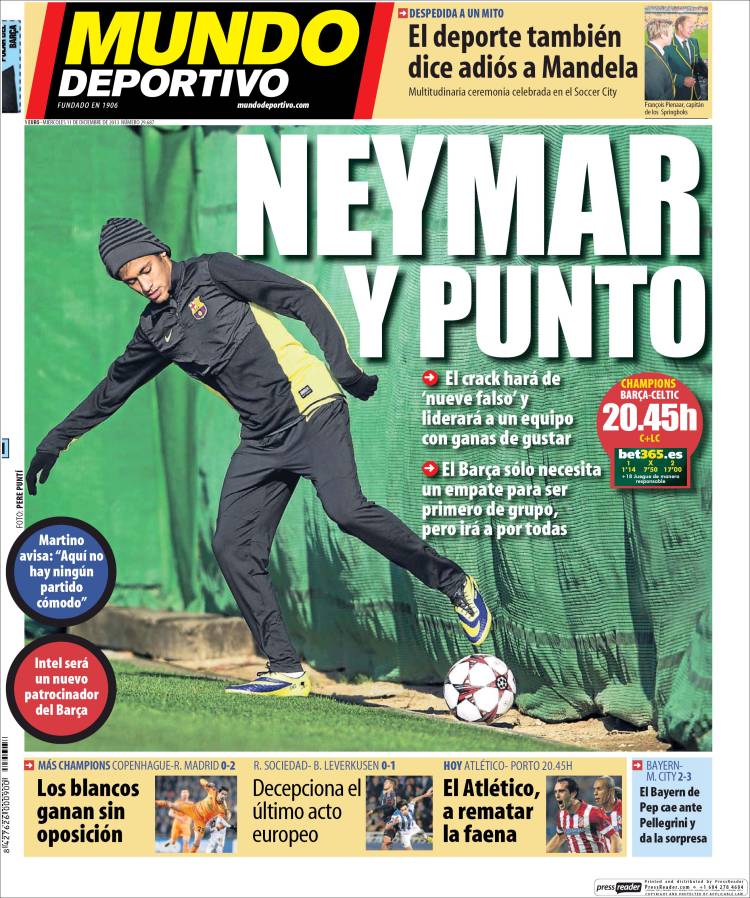 Neymar and a point

Martino warns: "Here there is never a comfortable game"

Intel will be Barca's new sponsor

Atletico to do the job again