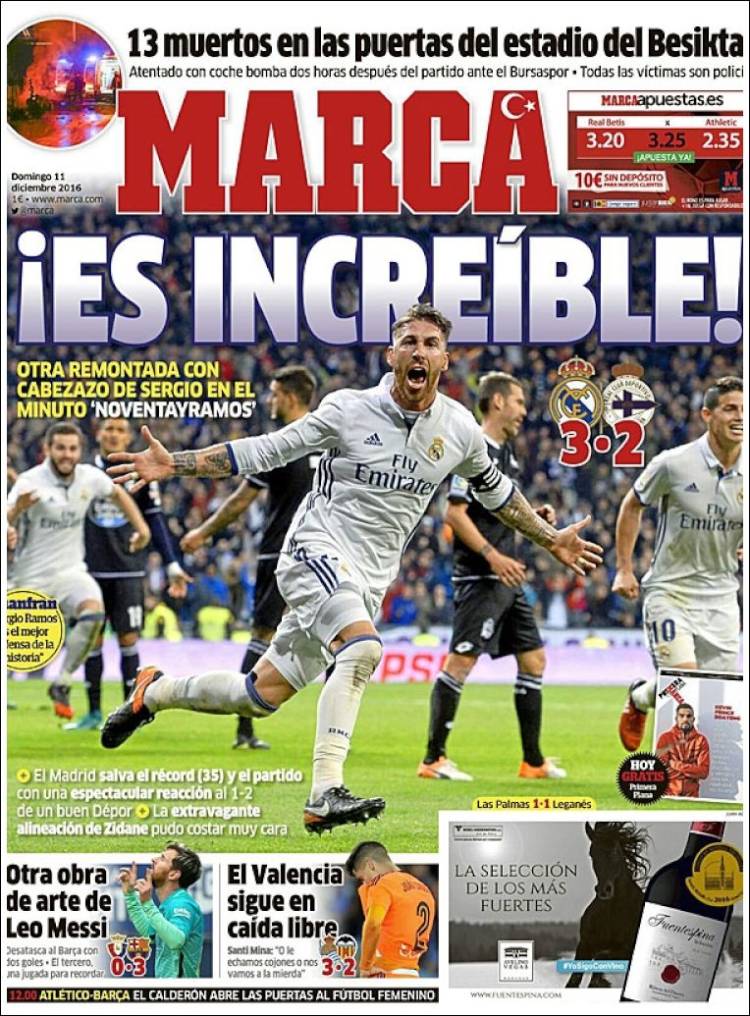 Thirteen dead at the gates of Besiktas’ stadium

Car bomb attack, two hours after the game against Bursaspor

Another work of art by Leo Messi

The third, a piece of play to remember

Santi Mina: “Either we have balls or we’re screwed”

The Calderon opens its doors to women’s football 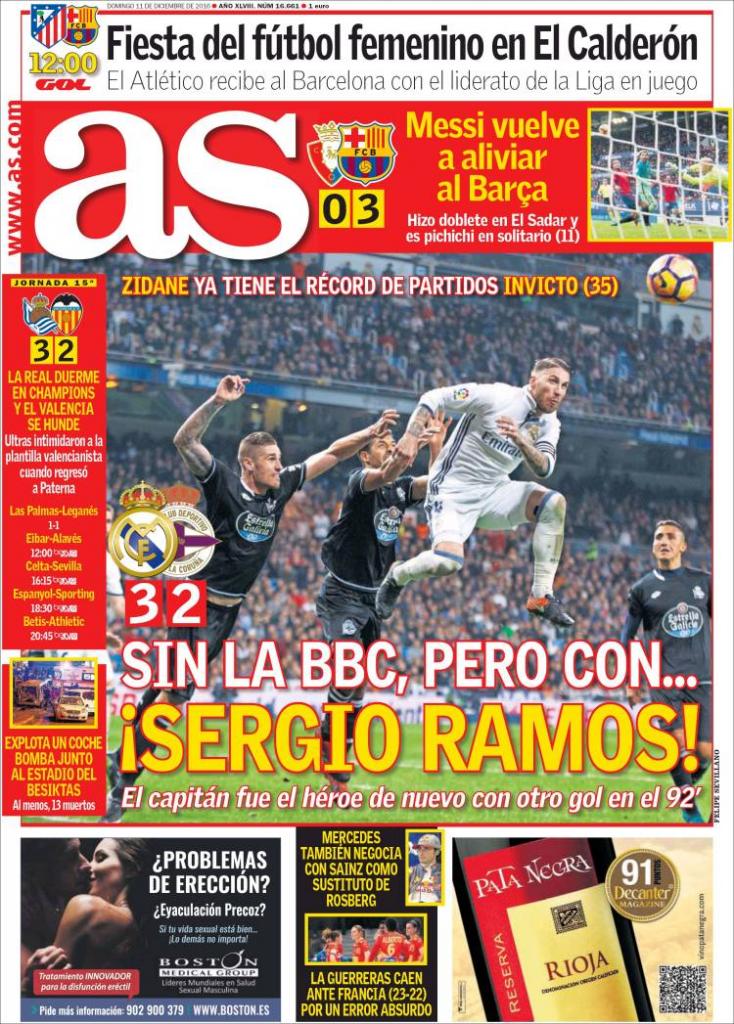 Without the BBC, but with...

Zidane now has the unbeaten record (35)

The captain was the hero again with another goal in 92’

La Real sleep in the Champions League and Valencia sink

Ultras intimidated the Valencia squad when they returned to Paterna

A car bomb explodes next to the Besiktas stadium 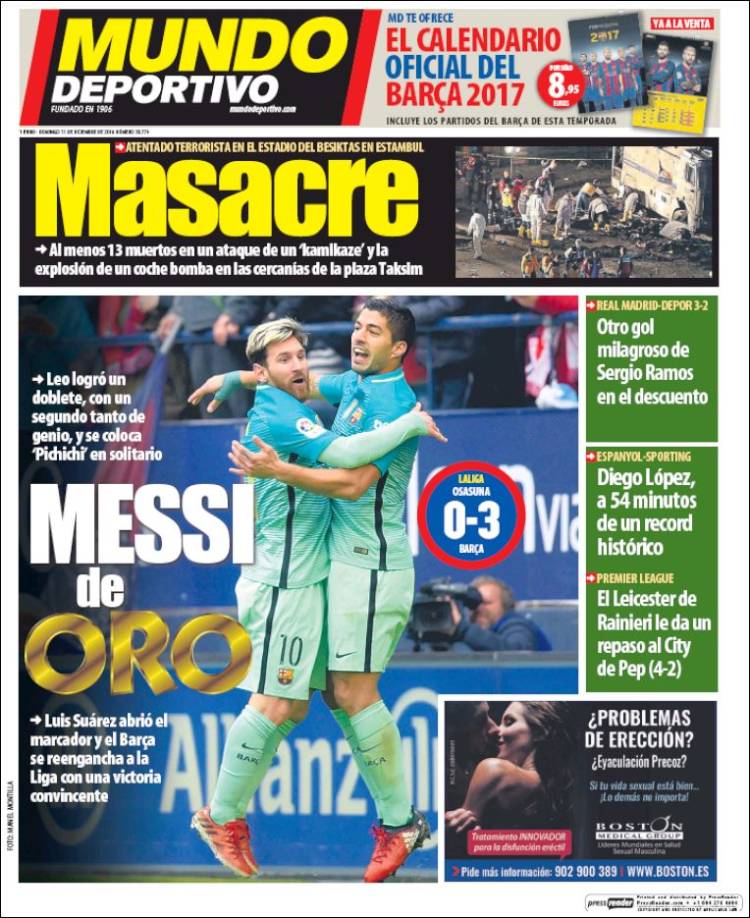 Leo scored a brace, with his second one of genius, and he is placed alone as the Pichichi

Terrorist attack near the Besiktas stadium in Istanbul

Another miraculous goal from Sergio Ramos in stoppage time