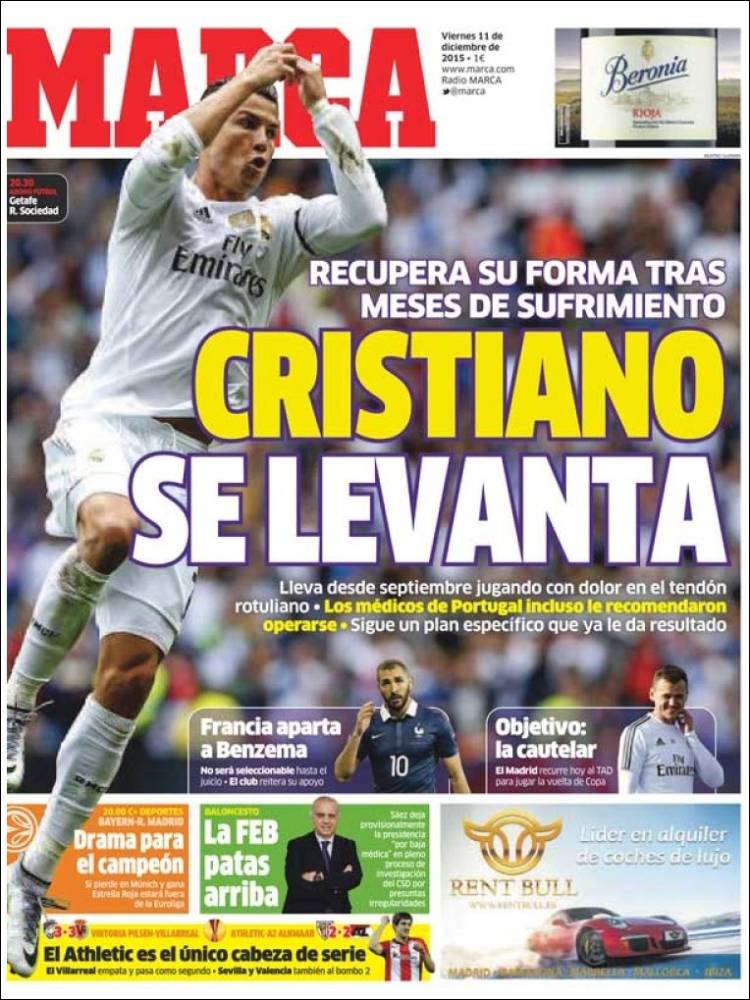 Regains his shape after months of suffering

He had been playing with pain in his patellar tendon

Portugal’s doctors even advised him to undergo surgery

Followed a specific plan and it has paid off

He will not be available until trial

The club reiterate their support

Madrid will today resort to TAD to be reinstated into Copa

Villarreal draw and go through in second

Sevilla and Valencia also in Pot 2 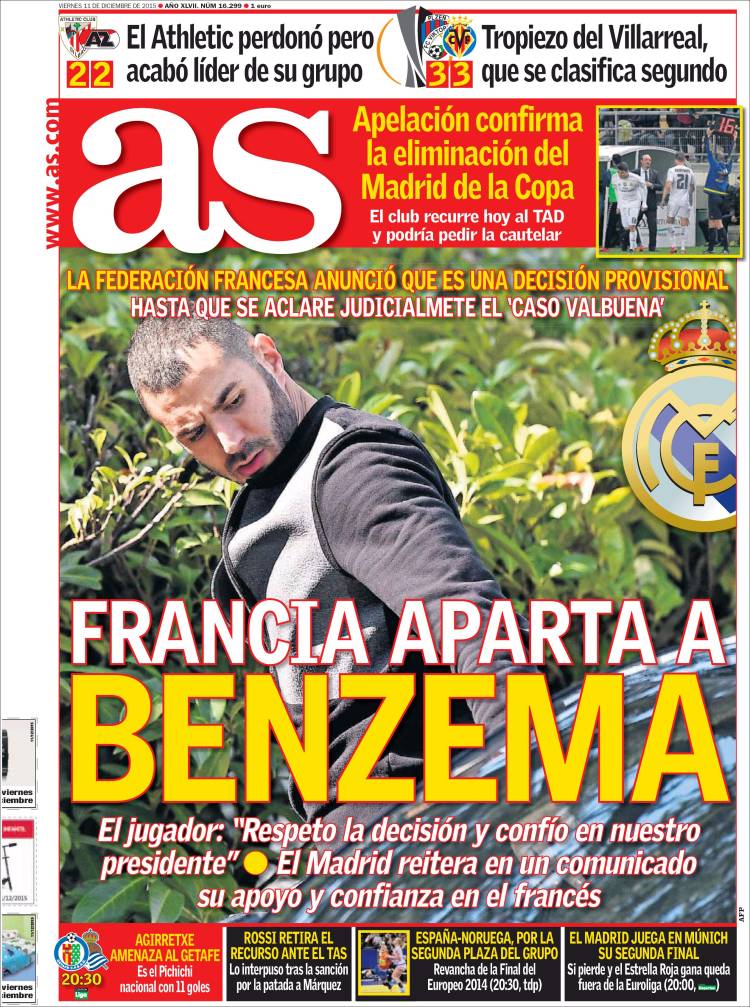 The FFF announce it is provisional decision

Until the ‘Valbuena Case’ is clarified judicially

The player: “I respect the decision and I trust our President”

Athletic spared but eventually finish top of their group

He is the national Pichichi with 11 goals 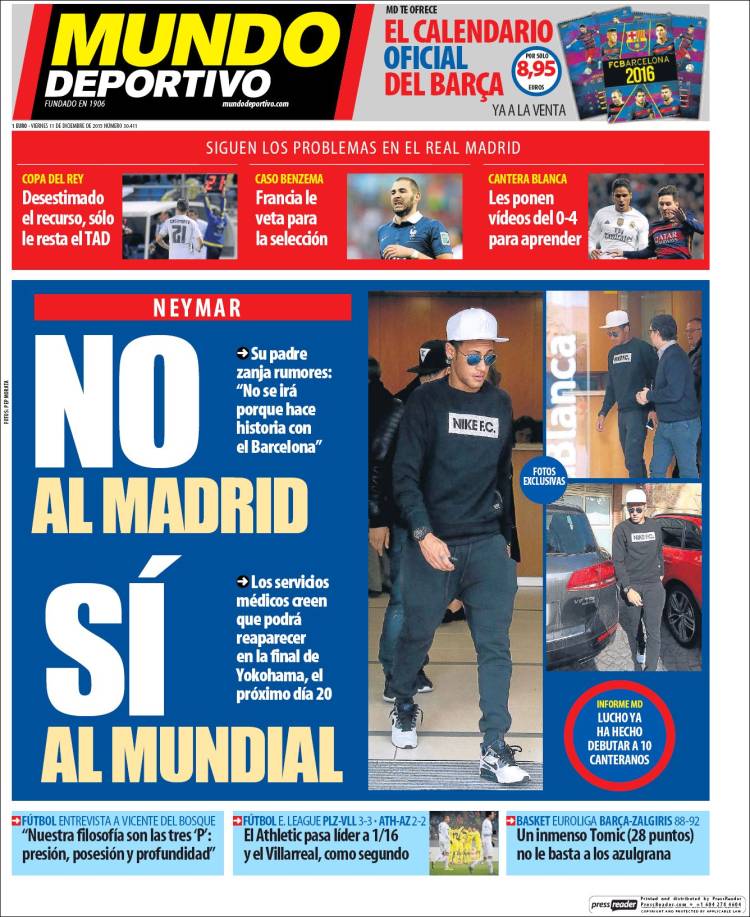 Neymar - no to Madrid, yes to Club World Cup

His father ditches the rumours: “He is not leaving because he is making history with Barcelona”

Lucho has already given debuts to 10 canteras

Their appeal is dismissed and they only have TAD left

France suspend him from the national team

“Our philosophy is the three Ps: pressure, possession and profundity”