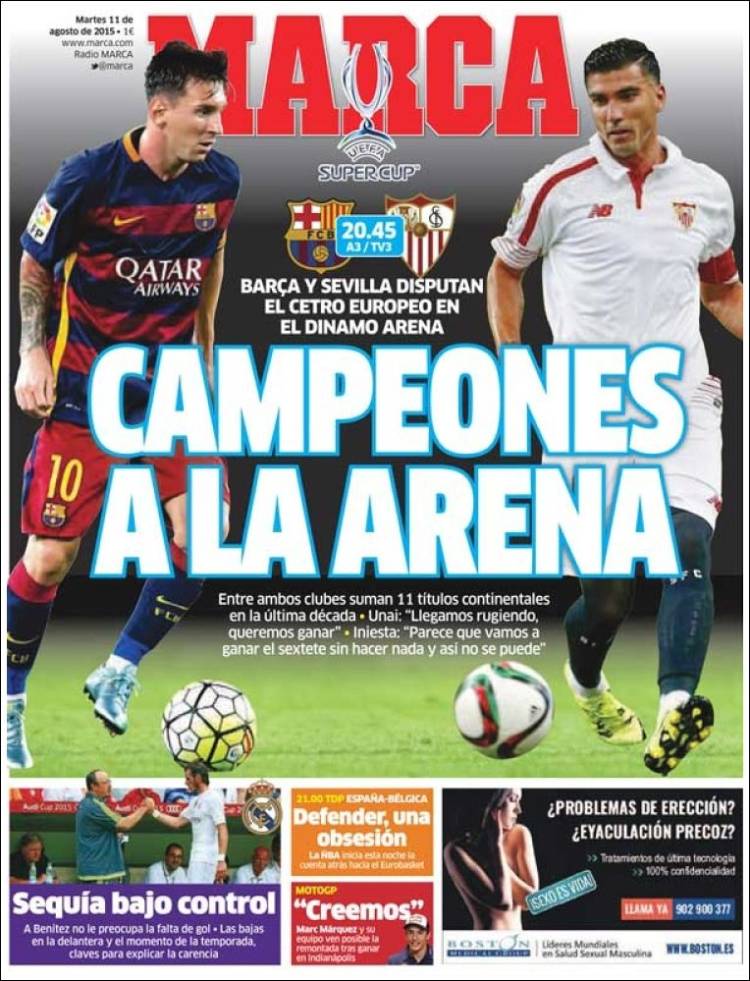 Champions in the arena

Unai: “We come roaring, we want to win”

Iniesta: “It seems like we’re going to win the sextet without doing anything and that can’t be”

Benitez isn’t concerned by the lack of goals

The injuries to the forwards and the time of the season, keys to explaining the lack 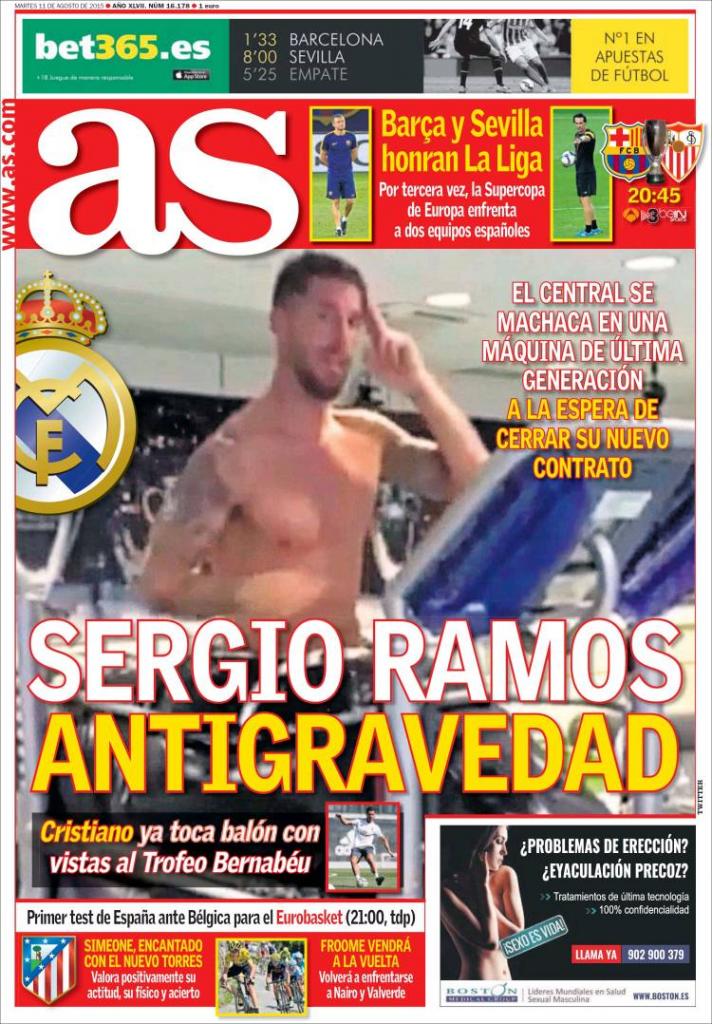 The centre-back pounds in a machine of the latest generation

Waiting for a new contract

For the third time, the European Super Cup is contested by two Spanish teams

Simeone, delighted with the new Torres

He appreciates his attitude, his fitness and his good decisions 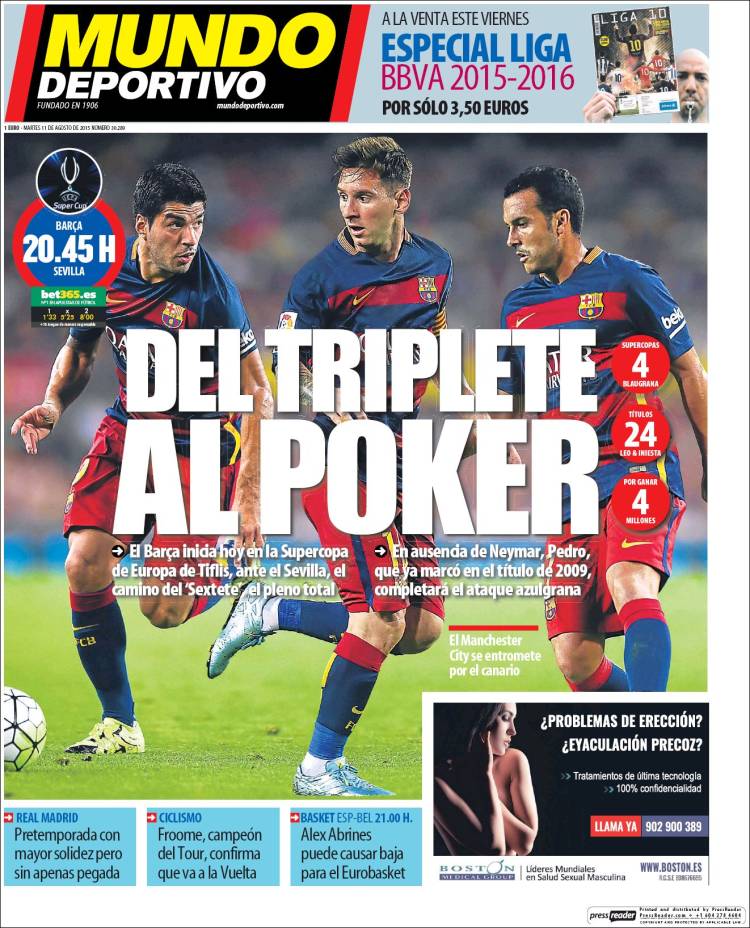 Barca today kick-off the European Super Cup in Tbilisi, against Sevilla, the way to the ‘Sextuple,’ the full total

In the absence of Neymar, Pedro, who won the trophy already in 2009, completes the azulgrana attack

Manchester City insert themselves for the Canary Islander

Pre-season with greater strength but with hardly any punch