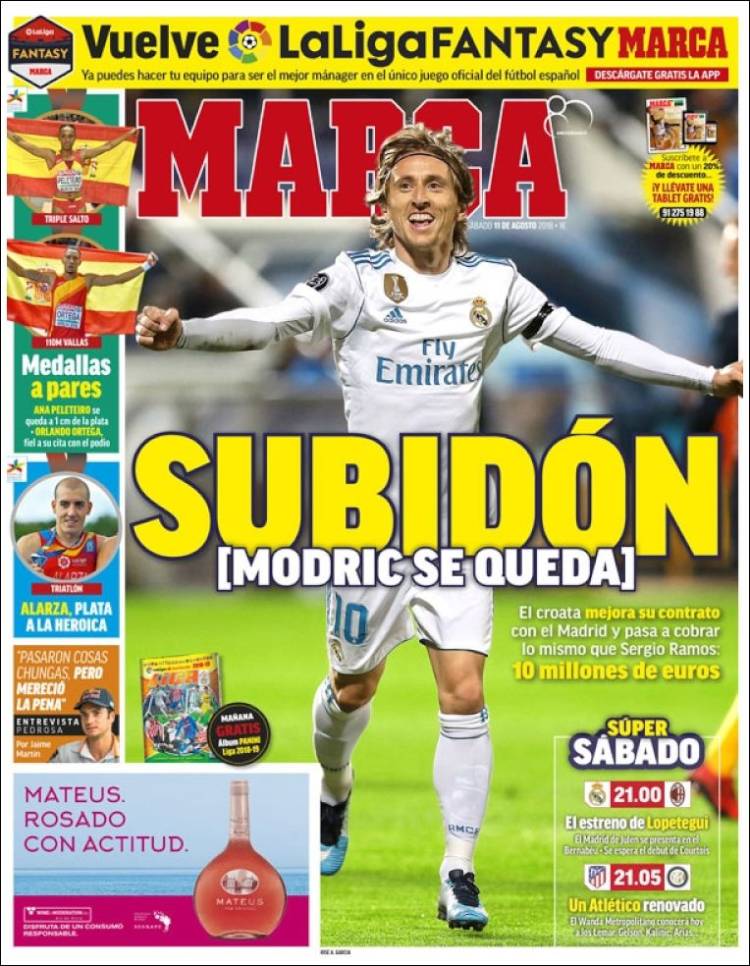 The Croatian will sign an improved contract with Madrid, earning the same as Sergio Ramos - €10m 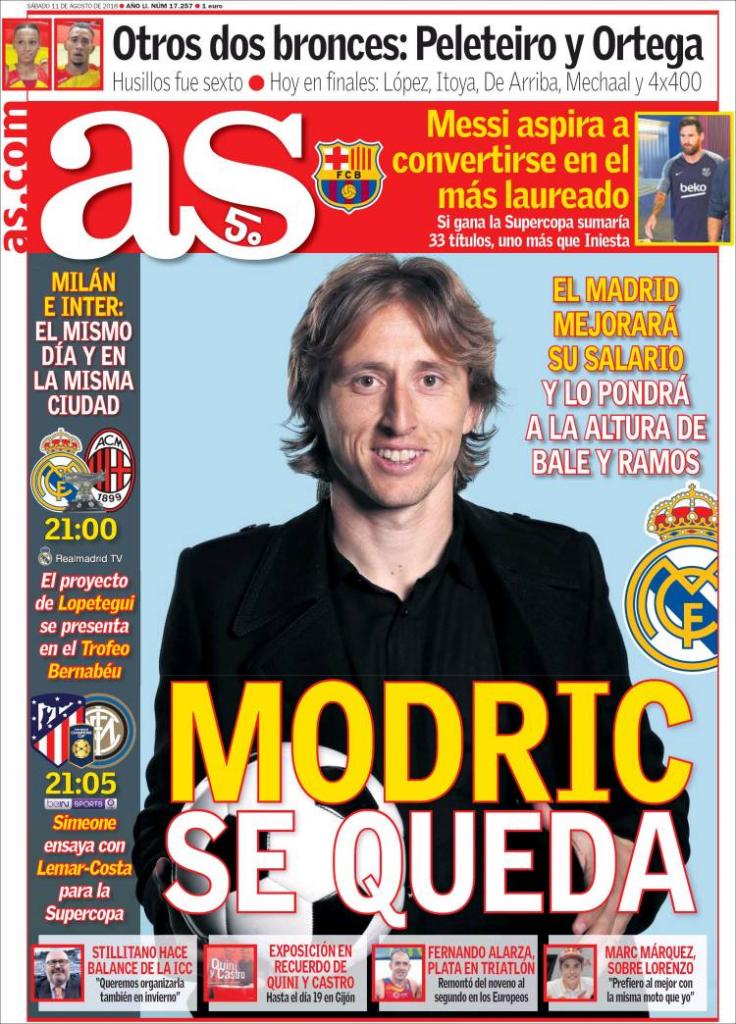 Messi out to become the most successful

If he wins the Supercopa, he will have won 33 trophies, one more than Iniesta

Milan and Inter: the same day in the same city

Lopetegui's project is presented in the Bernabeu Trophy

Simeone goes with Lemar-Costa for the Supercopa

Stillitano takes stock of the ICC

"We also want to organise one in the winter" 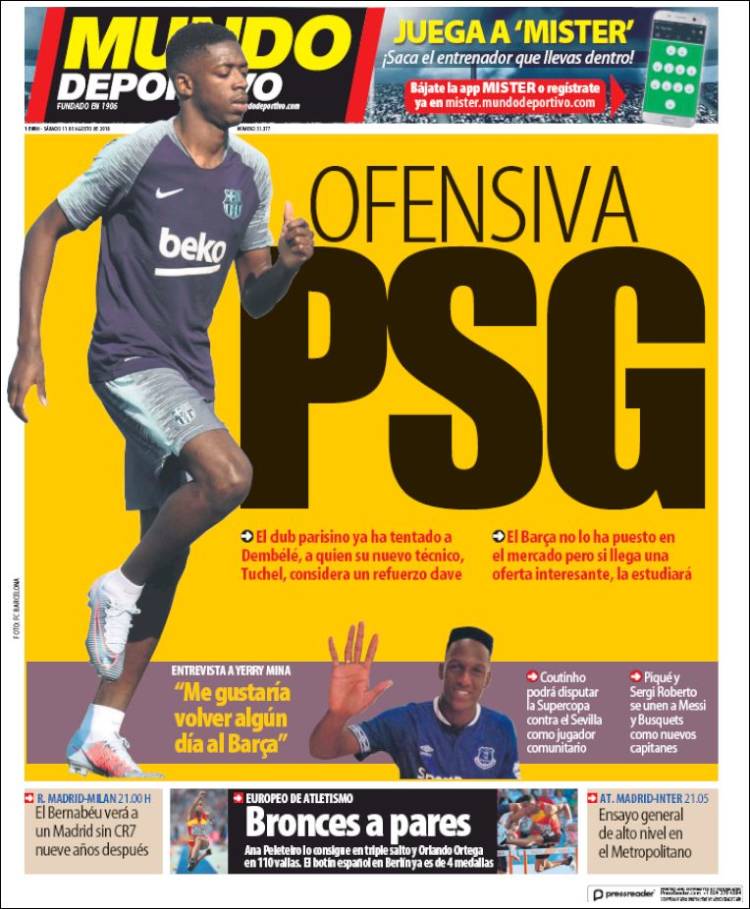 The Parisian club have already tried to tempt Dembele through their new boss Tuchel, who considers him a key signing

Barca have not put him up for sale, but if an interesting offer comes in, they will study it

"I want to return to Barca one day"

High-level dress rehearsal at the Metropolitano