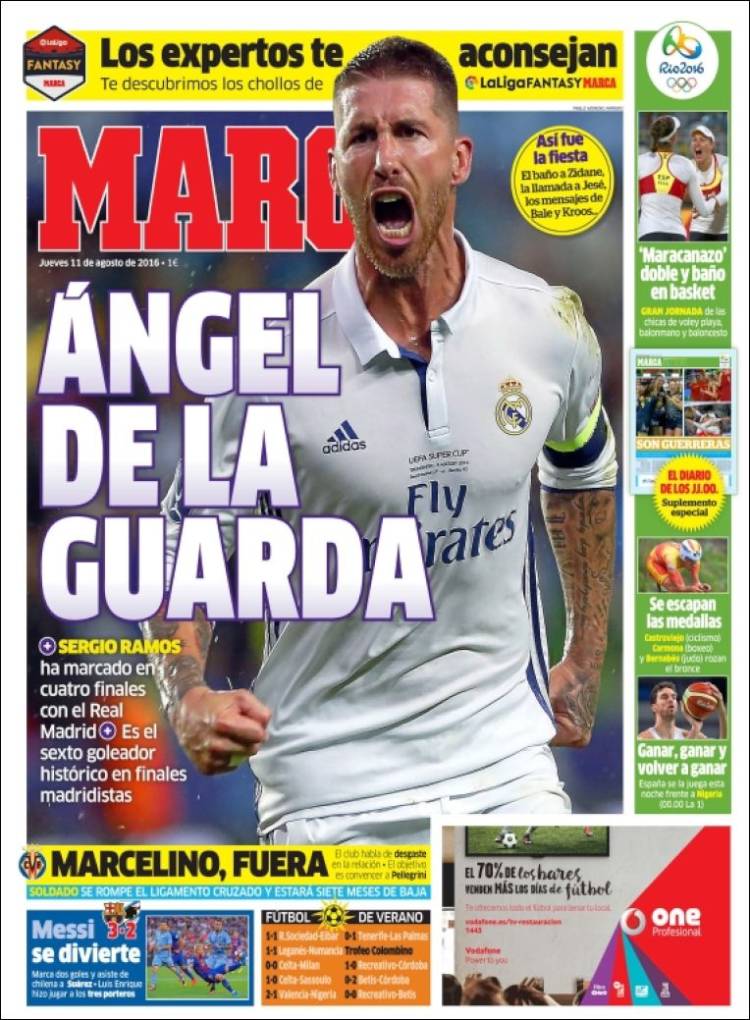 Sergio Ramos has scored in four finals for Real Madrid

He is Madrid’s sixth-highest scorer in finals

The club speak of wear in their relationship

The objective is to convince Pellegrini

Soldado, ruptures his cruciate ligament and is out for seven months 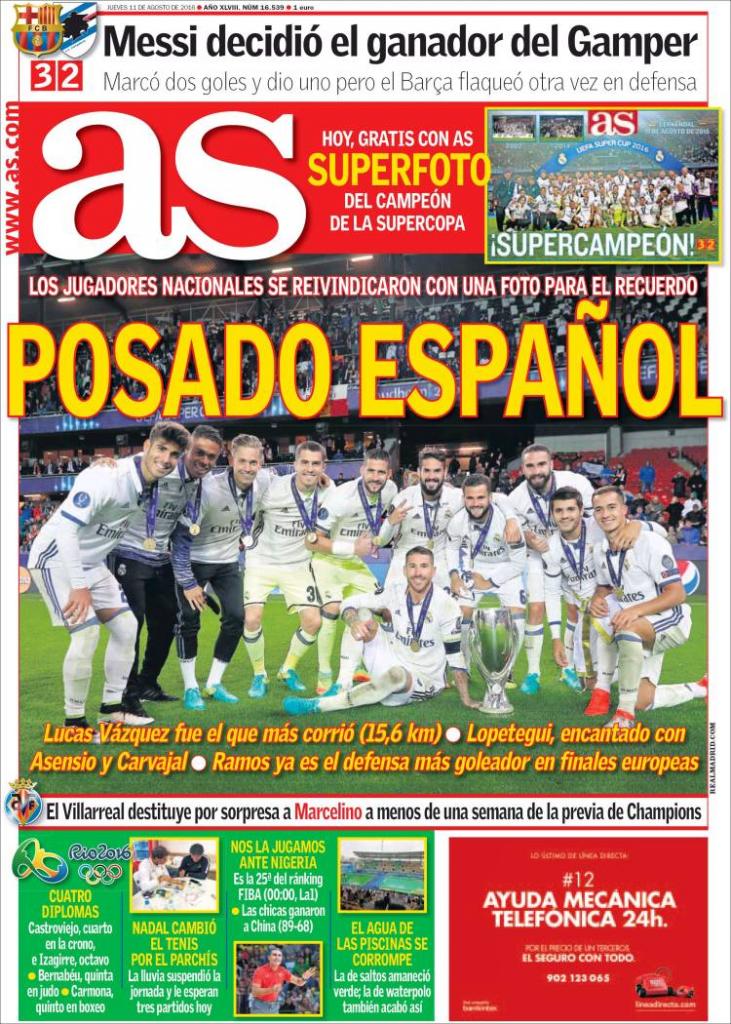 Domestic players vindicated themselves in a picture to remember

Lopetegui, delighted with Asensio and Carvajal

Ramos is now the highest-scoring defender in European finals

Villarreal dismiss Marcelino by surprise, less than a week until their Champions League playoff

He scored two goals and assisted another, but the Barca’s defence faltered again 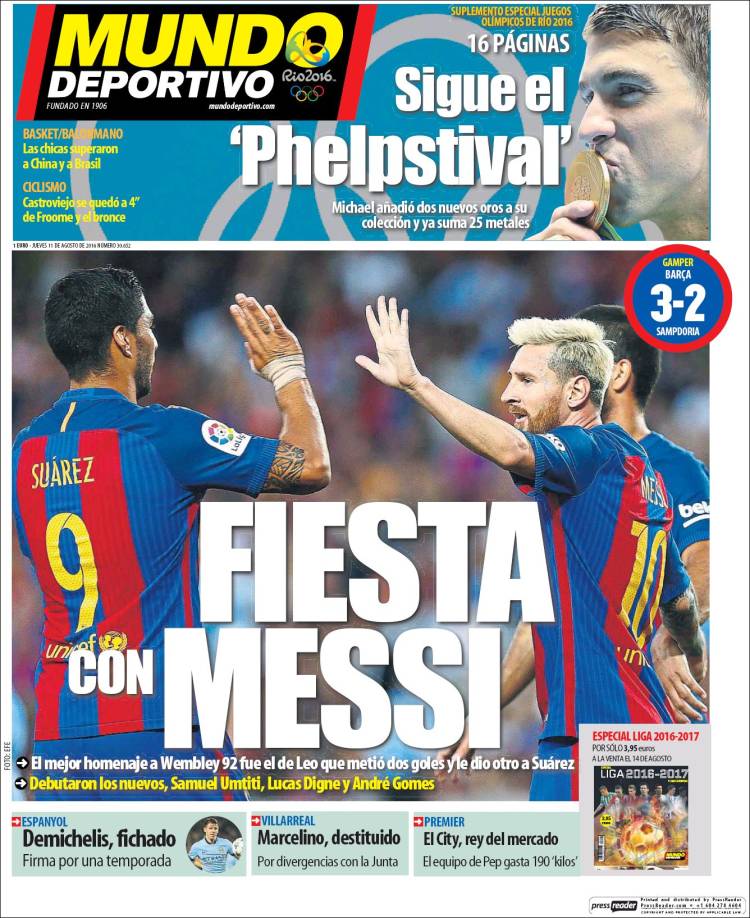 The best tribute to Wembley ’92 came from Leo, who scored two goals and assisted another for Suarez

Signs for one season

For differences with the board

City, kings of the market