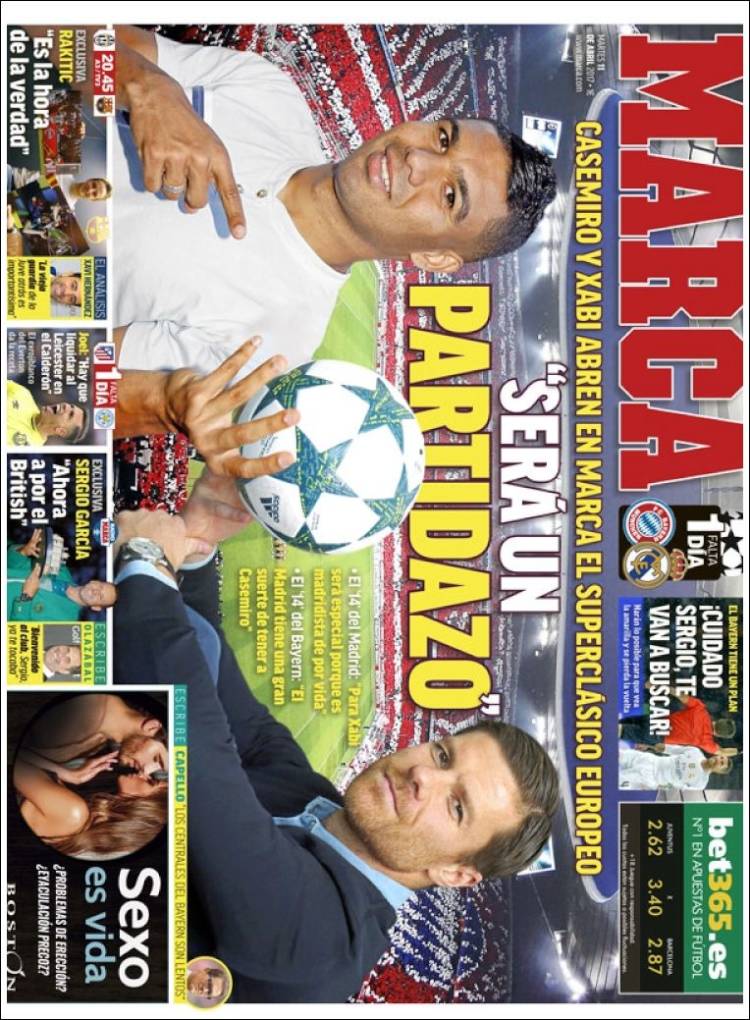 “It will be a great game”

The Madrid No 14: “It will be special for Xabi because he is a Madridista for life”

The Bayern No 14: “Madrid have the great luck to have Casemiro”

“It is the moment of truth”

Joel: “Leicester have to settle at the Calderon” 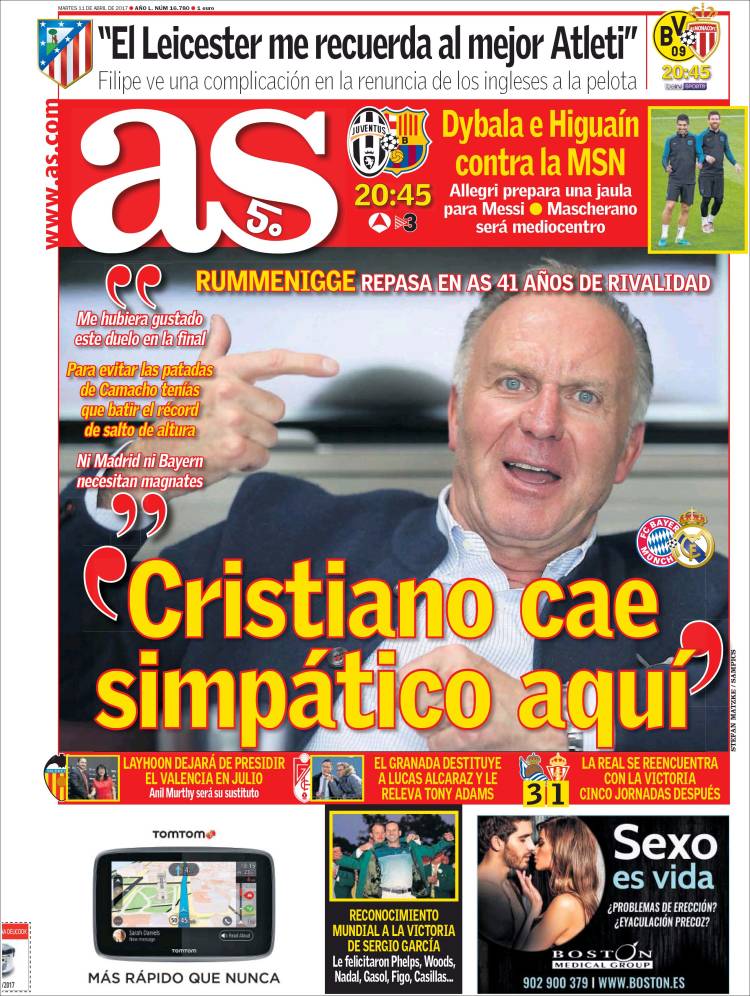 “Leicester reminds me of the best Atleti”

Dybala and Higuain against the MSN

Allegri prepares a cage for Messi

Mascherano will be centre midfield

Rummenigge reviews in AS 41 years of rivalry

“I would have liked this duel in the Final”

“Neither Madrid nor Bayern need a tycoon”

Layhoon will vacate the presidency of Valencia in July

Anil Murthy will be the replacement

Granada sack Lucas Alcaraz and Tony Adams is the replacement 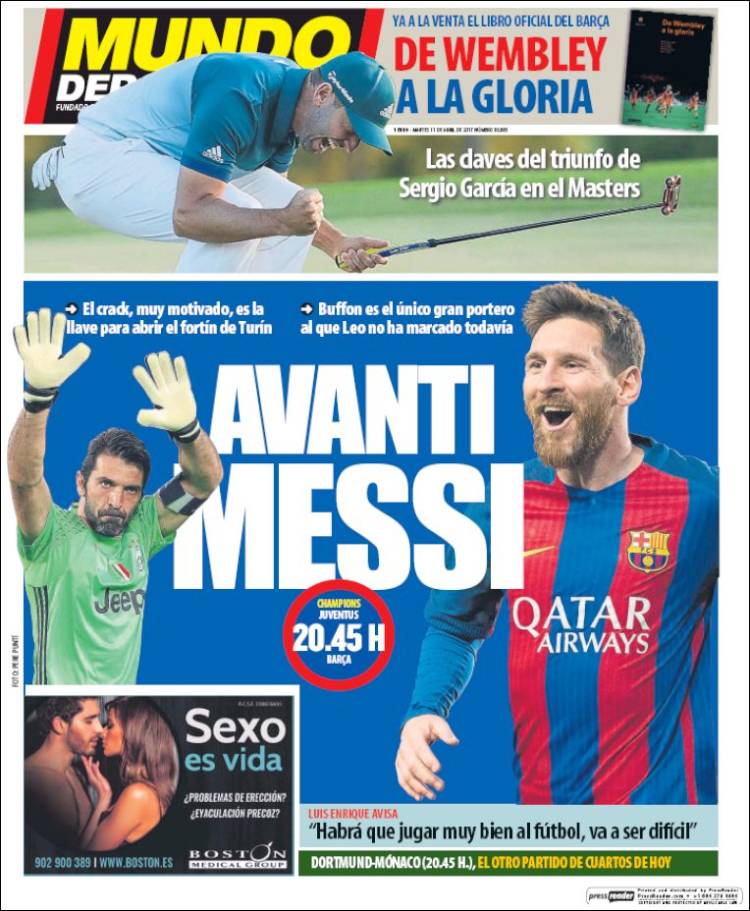 The star, highly motivated, is the key to opening the Turin fortress

“We will have to play very well, it will be very difficult”

Dortmund-Monaco, the other game in the Quarter-Finals today