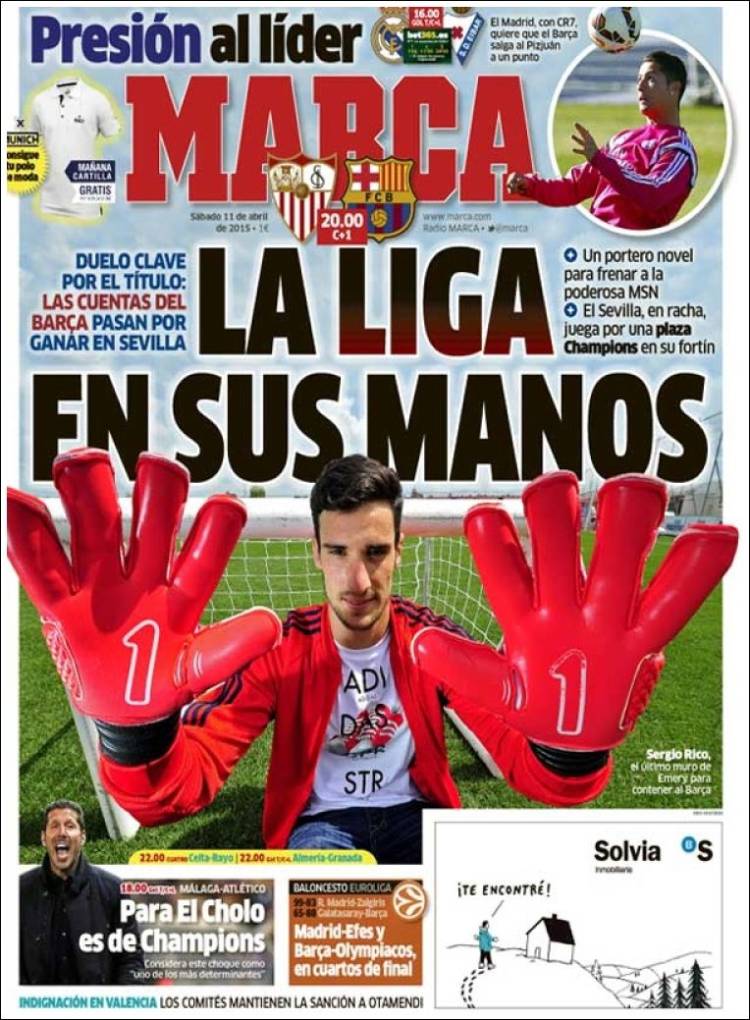 La Liga in his hands

Key clash for the title

A new goalkeeper to stop the powerful MSN

Sevilla, on a good run, play for a place in the Champions League at their fortress

Pressure on the leaders. Madrid, with CR7, want Barca to leave the Sanchez Pizjuan one point ahead

Malaga-Atletico: according to El Cholo it’s for the Champions League

He considers this clash one of the “most determining” 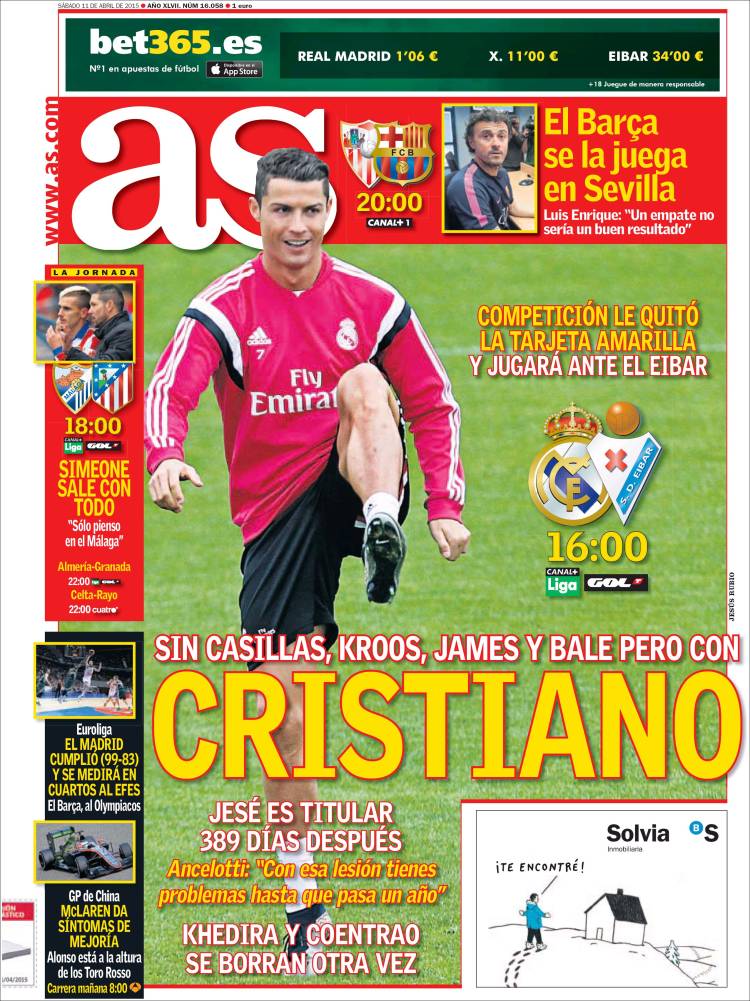 Without Casillas, Kroos, James and Bale but with Cristiano

Jese is in the starting line-up 389 days afterwards

Ancelotti: “With this injury you still have problems a year later”

Khedira and Coentrao ruled out again

Simeone goes out with everyone

“I’m only thinking of Malaga” 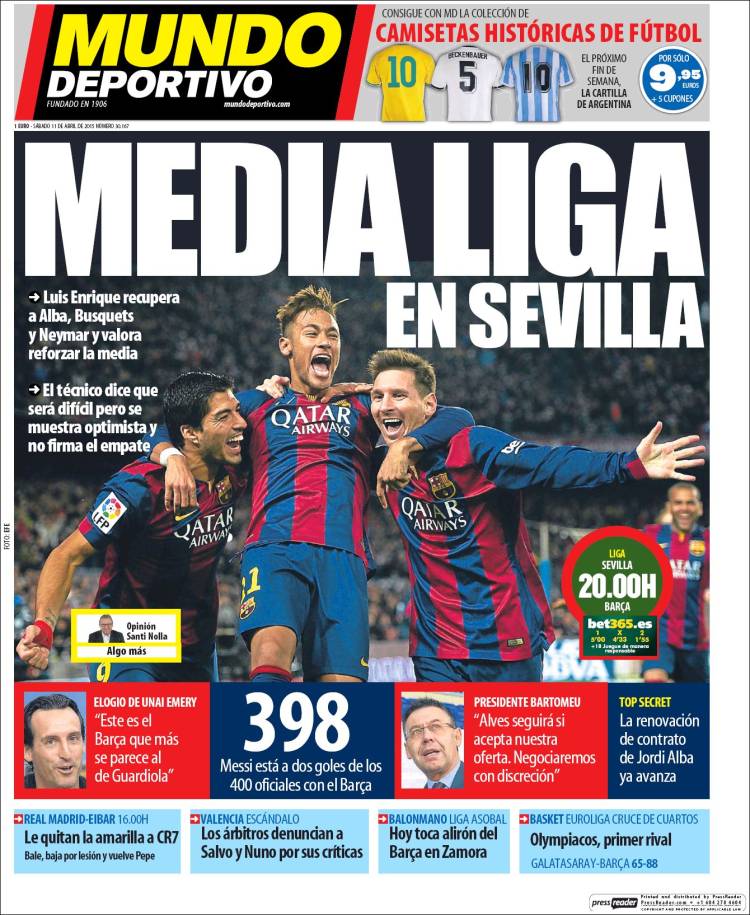 Halfway towards La Liga in Sevilla

Luis Enrique gets Alba, Busquets and Neymar back and looks at reinforcing the midfield

Praise from Unai Emery: “This is the Barca that looks most like Guardiola’s team”

398: Messi is two away from 400 official goals with Barcelona

President Bartomeu: “Alves will carry on if he accepts our offer. We’ll negotiate with discretion”

CR7’s yellow card is overturned. Bale out through injury and Pepe returns