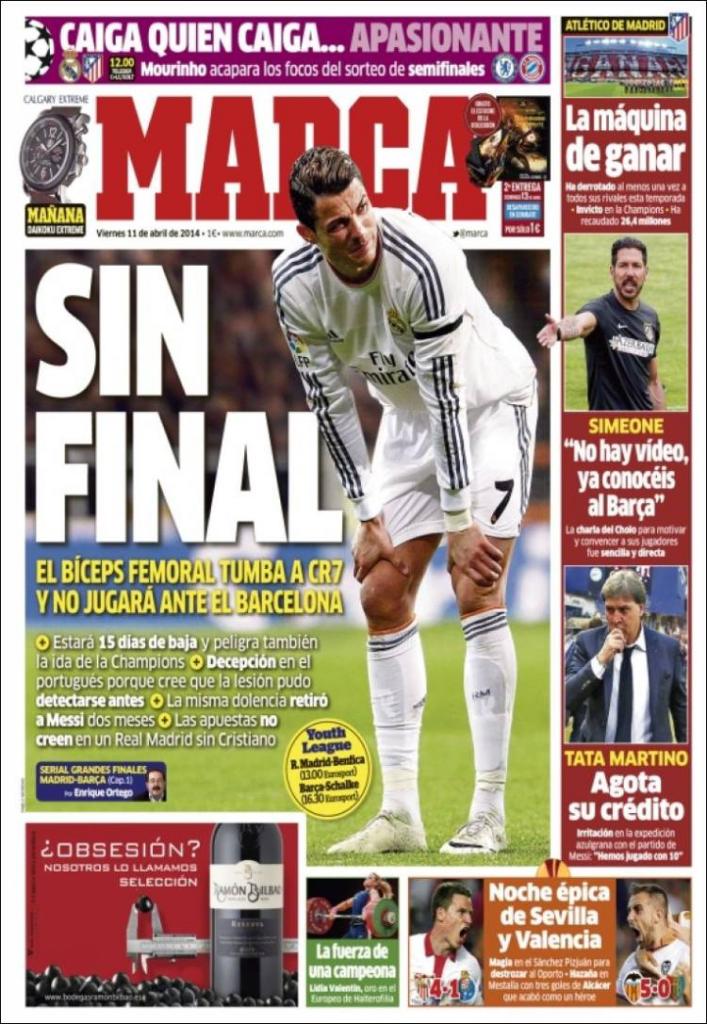 The same problem kept Messi out for two months

Tato is out of credit

He is annoyed by Messi’s lack of effort: “We played with ten”

Atletico have defeated all their rivals at least once this season

Triumph in the Champions League, Atletico have made

Simeone: “There is no video”

Whoever is drawn, is drawn

Mourinho under the spotlight ahead of the draws

A epic night in Sevilla and Valencia

It was magical at the Sanchez Pizjuan

A great victory at the Mestalla with Alcacer scoring three goals 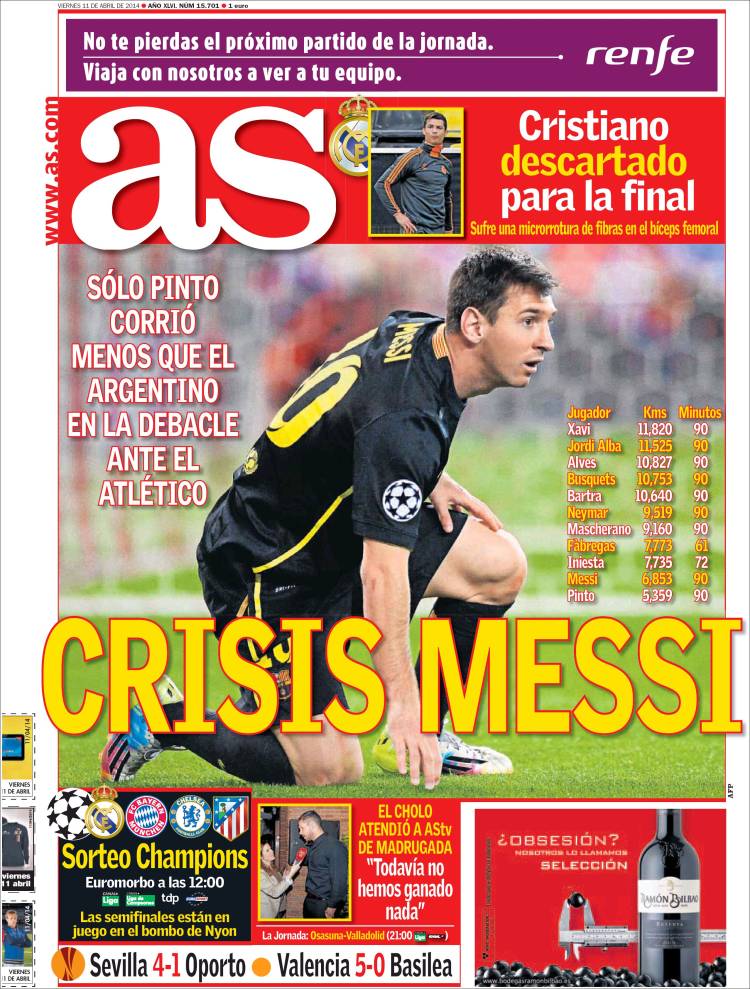 Only Pinto ran less in the debacle against Atletico

Cristiano ruled out of the final

Simeone: “We have not won anything still” 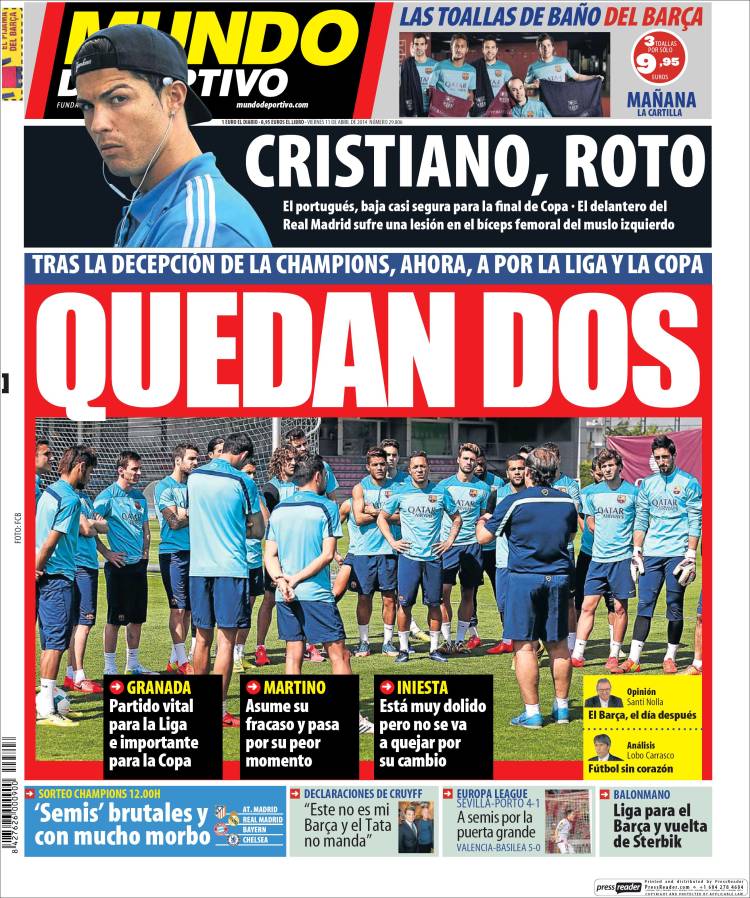 After elimination by Atletico, Barca have only the Copa del Rey and La Liga to play for

Granada: A key game in race for La Liga

Martino is going through his worst moment as Barca boss

Iniesta is hurt but he will not complain about the substitution

The Portuguese is almost certain to miss Copa final

He has an injury in his right calf