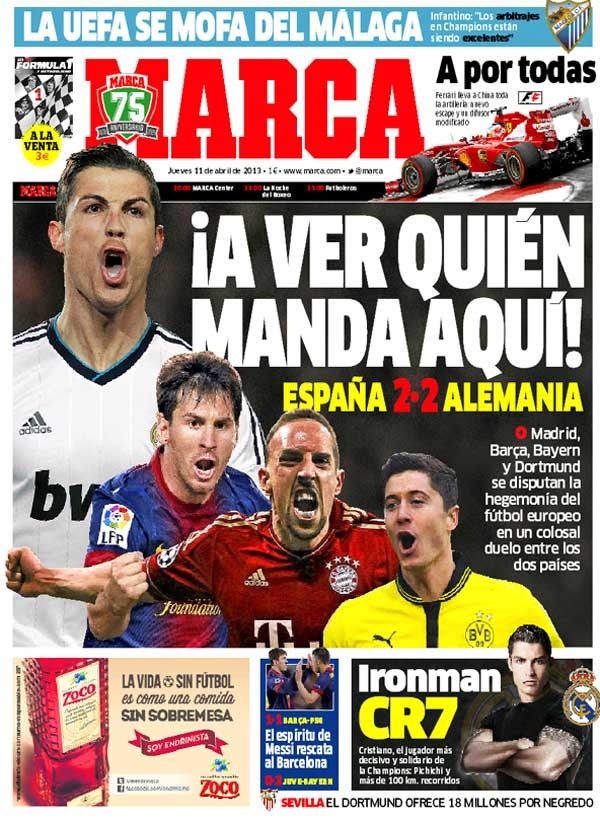 Let's see who is boss here

Madrid, Barca, Bayern and Dortmund to dispute for the hegemony of Europe in a colossal duel between two countries

Cristiano, the player most decisive and solid in the champions: Top scorer and more than 100 km running

Sevilla: Dortmund to offer 18 for Negredo

UEFA make a mockery of Malaga

Infantino: "The referees in the UCL have been excellent"

Ferrari arrives in China with all the artillery ready 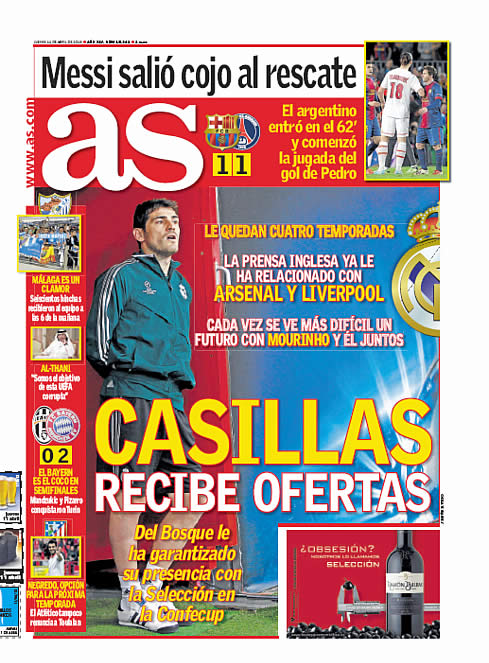 The press in England have linked Casillas with Liverpool and Arsenal

Doubts about his future at a Madrid with Mourinho continue

Barca 1-1 PSG: The Argentine enters the fray on 62 minutes and started the play that led to the goal

Malaga in clamour: Six hundred fans receive their team at 6 in the morning

Al-Thani: "We are targeted by a corrupt UEFA"

Negredo, an option for next season

Atletico not discounting Toulalan either 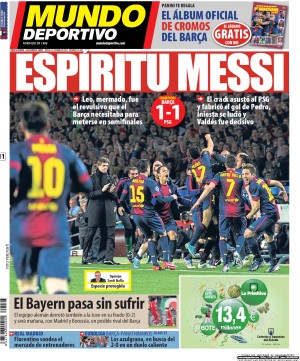 Leo, not fully fit, was just what Barca needed to make the semi-finals

The crack scares PSG and makes the goal for Pedro, Iniesta great and Valdes was decisive

The German side beat Juve again and tomorrow, along with Madrid and Borussia, a possible rival for Barca

Real Madrid: Florentino sounds out the market for coaches

Euroliga: Los Azulgranas, in search of 2-0 in a heated duel