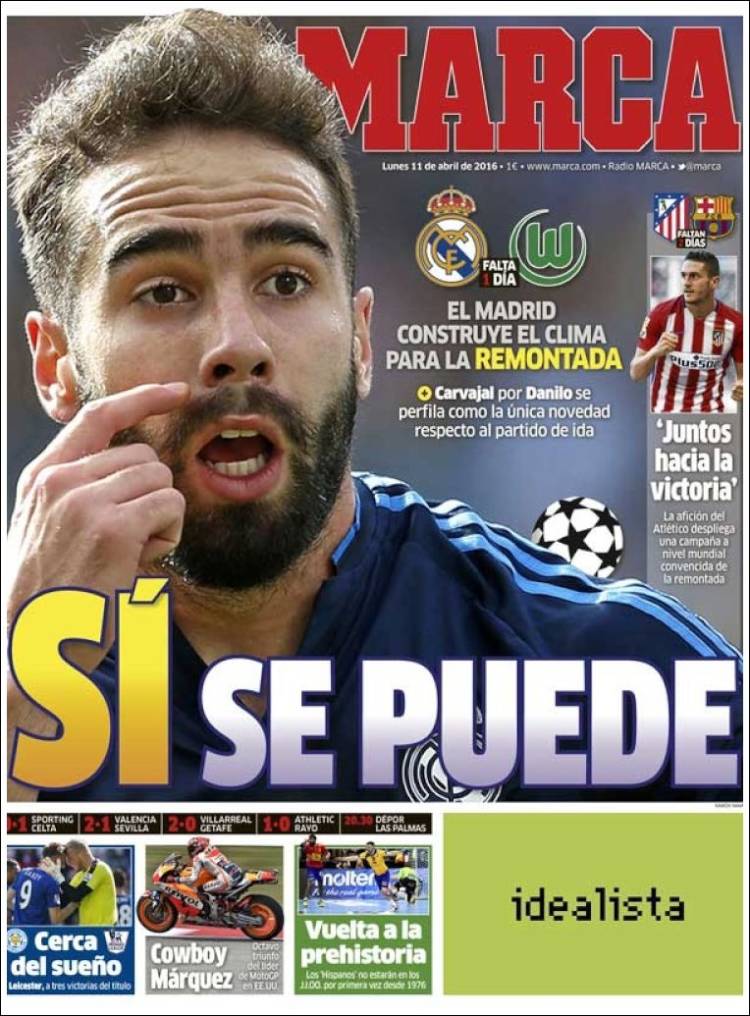 Madrid are building the atmosphere for the comeback

“Together for the victory”

Atletico fans launch a worldwide campaign, convinced of the comeback

Leicester, three wins from the title 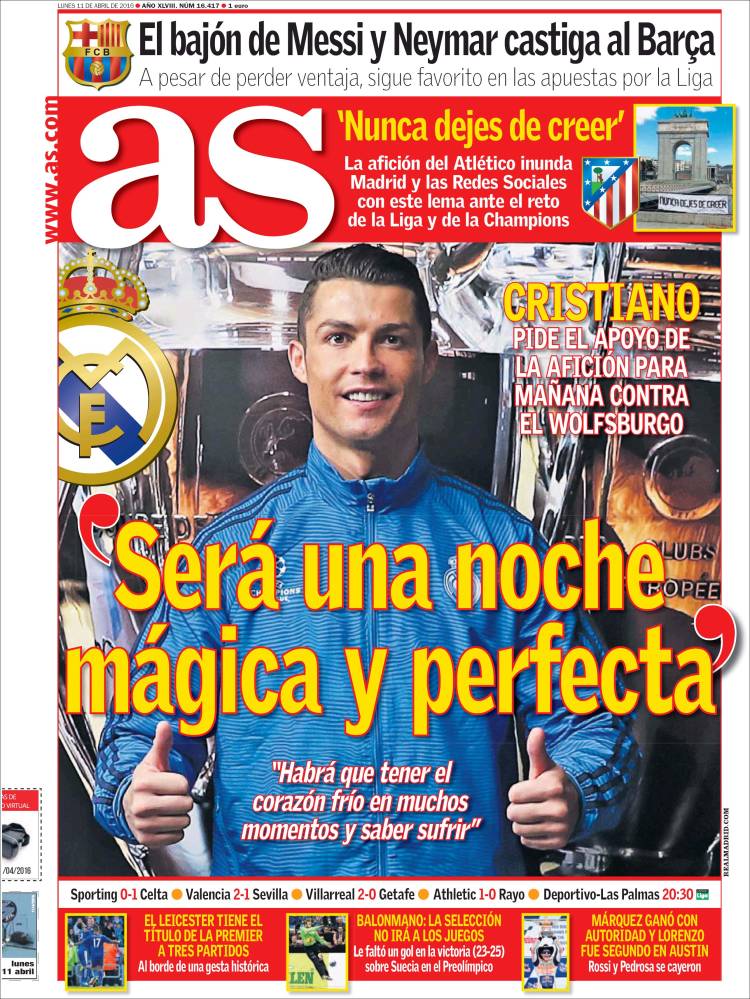 “It must be a magical and perfect night”

Christian asks for the fans’ support against Wolfsburg tomorrow

“We must have a cold streak and know how to suffer”

Despite losing their advantage, Barca are still the bookmakers’ favourite for the League

On the edge of a historic feat 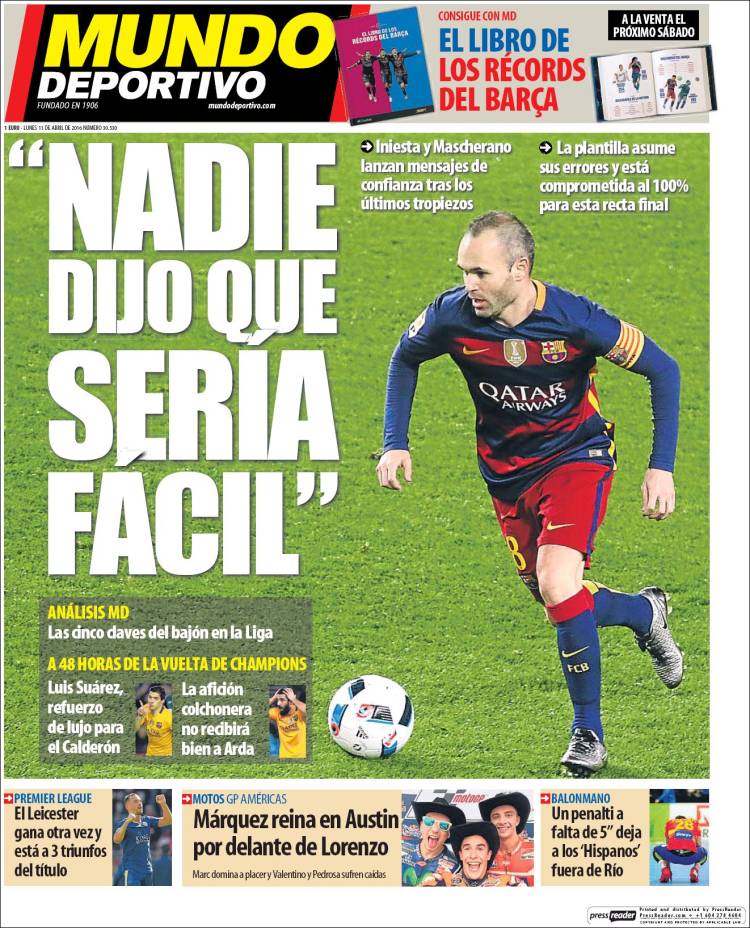 "Nobody said it would be easy"

Luis Suarez, a luxury reinforcement for the Calderon

Arda will not be received well by Atletico fans

Leicester win again and are three from the title