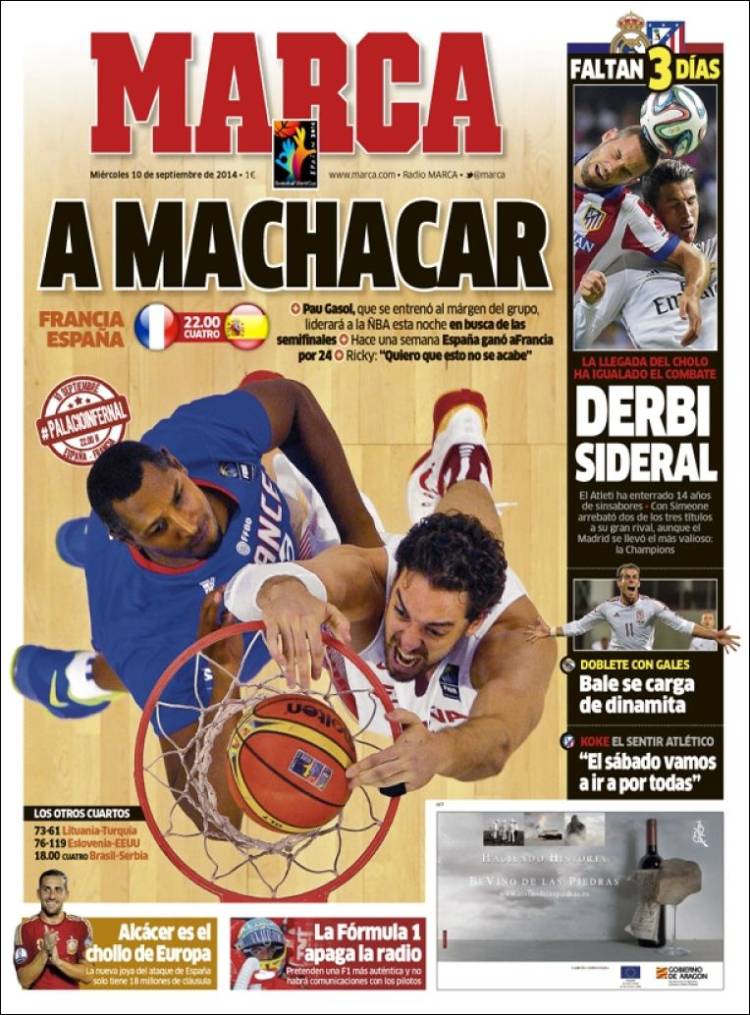 Cholo’s arrival has levelled the contest

Atleti have buried 14 years of sorrow

With Simeone they have snatched two of the three titles from their great rivals, although Madrid won the most prestigious, the Champions League

A double with Wales: Bale charged with dynamite

“On Saturday we are going to give everything”

Alcacer is the bargain of Europe 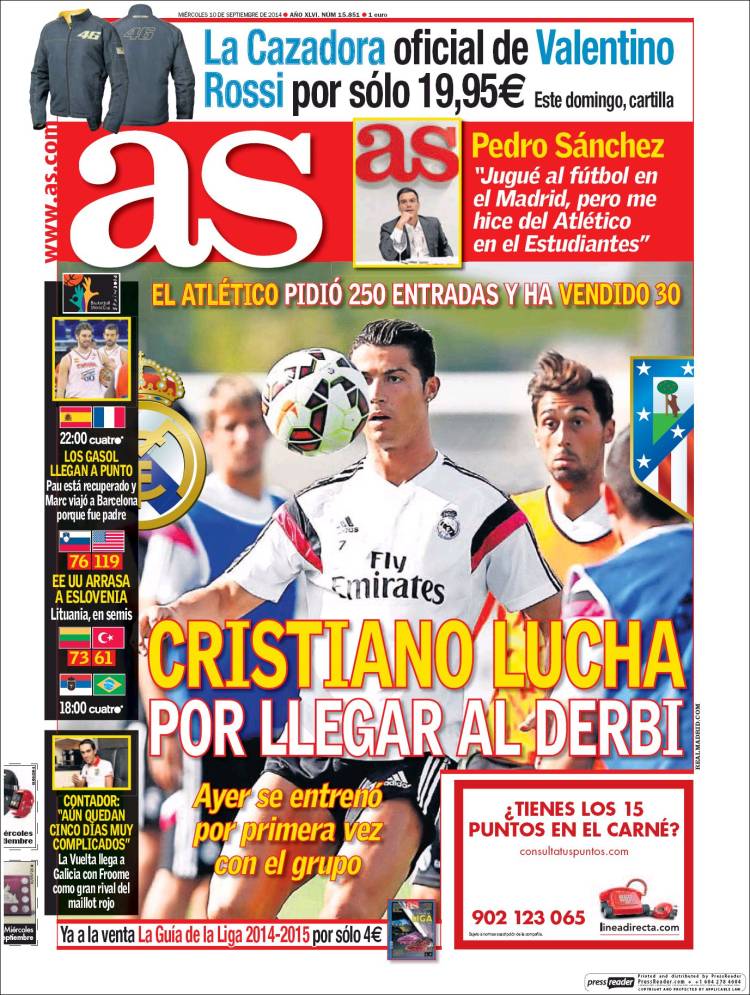 Cristiano fighting to be ready for the derby

Yesterday he trained with the group for the first time

Atletico asked for 250 tickets and have sold 30

Pedro Sanchez: “I played football with Madrid but I became an Atletico fan at Estudiantes” 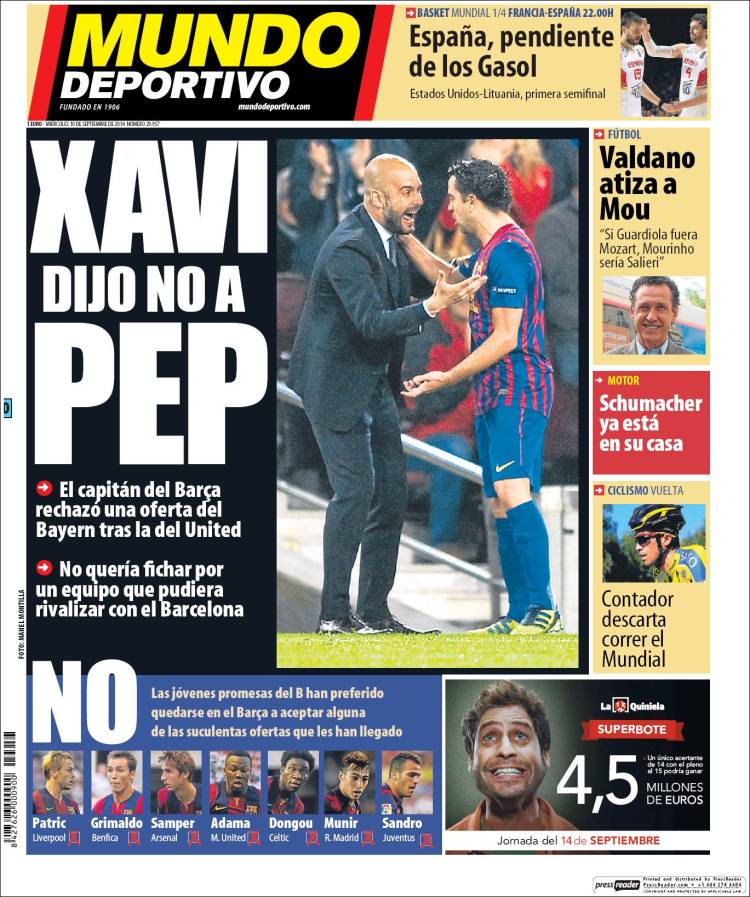 Xavi said no to Pep

“If Guardiola was Mozart then Mourinho would be Salieri”

No! The promising youngsters from the B team prefer to stay at Barca rather than accept the mouth-watering offers they have received