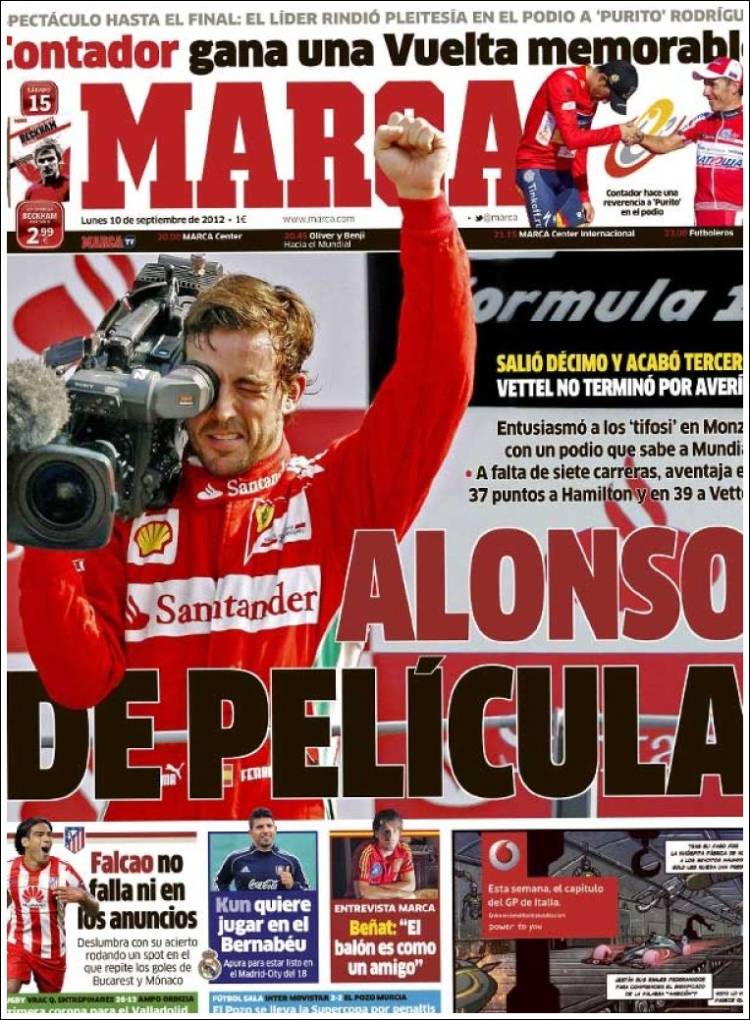 Falcao does not fail in the advertisements: he is a dazzling success as he repeats the goals in Bucharest and Monaco

Kun wants to play at the Bernabeu: he assures he will be ready for Madrid-City on September 18 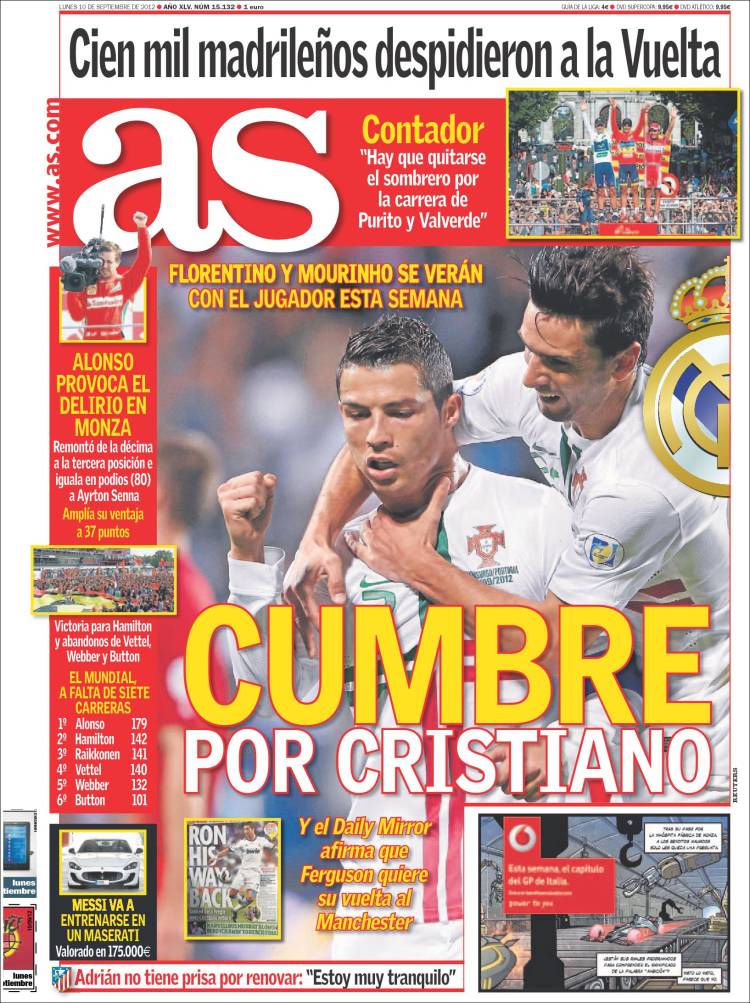 Summit for Cristiano: Florentino and Mourinho will meet the player this week

The Daily Mirror reveals that Ferguson wants him back in Manchester

Adrian in no hurry to renew: "I'm relaxed" 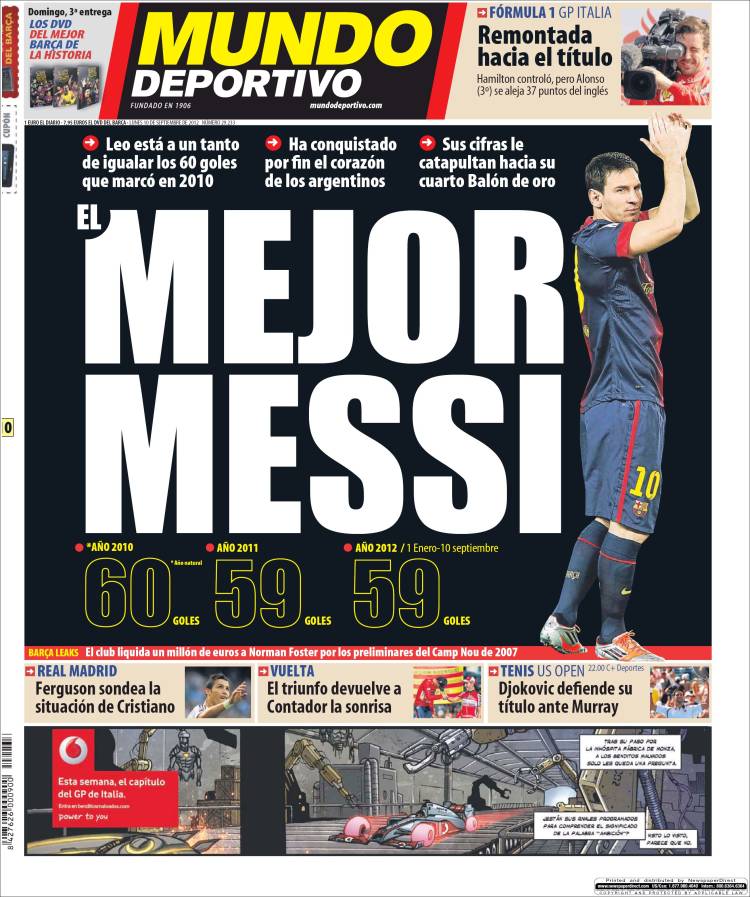 He has finally won the hearts of the Argentineans

His statistics have catapulted him towards a fourth Ballon d'Or