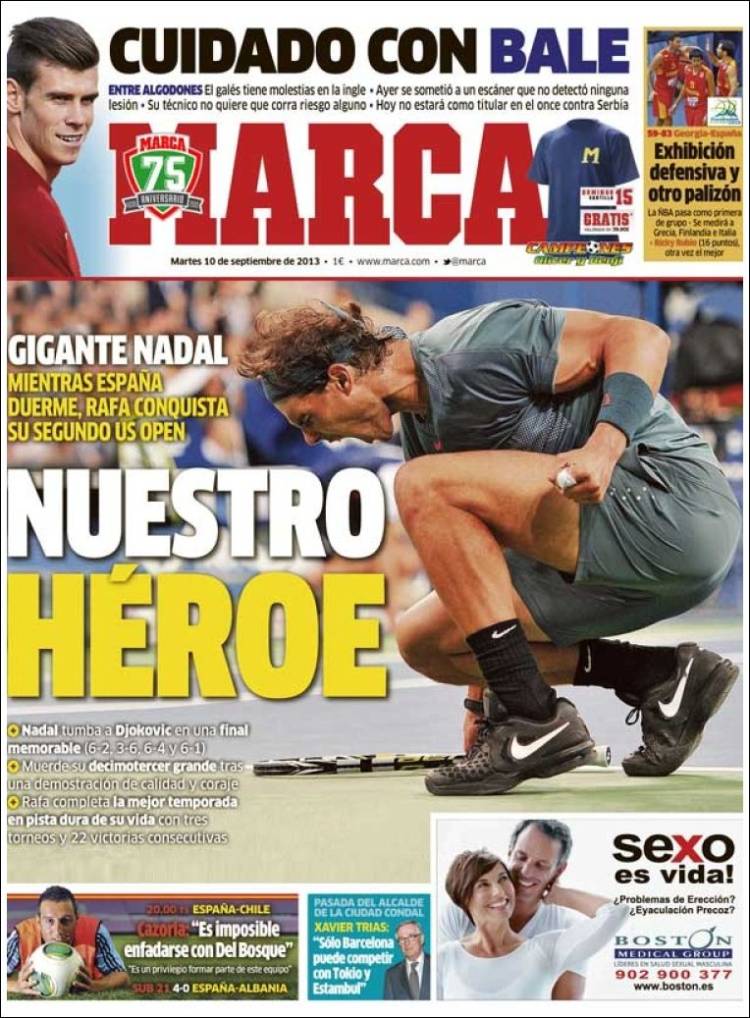 While Spain sleeps, Rafa won his second US Open

He claims his thirteenth after an exhibition of quality and courage

The Welshman has pains in his thigh

Yesterday he underwent scans that did not detect a rupture

His coach does not want to risk him

Today he will not start for Wales v Serbia

Basketball: A great defensive show and another thrashing

Cazorla: "It is impossible to get mad with Del Bosque"

Xavier Trias: "Only Barcelona can compete with Tokyo and Istanbul" 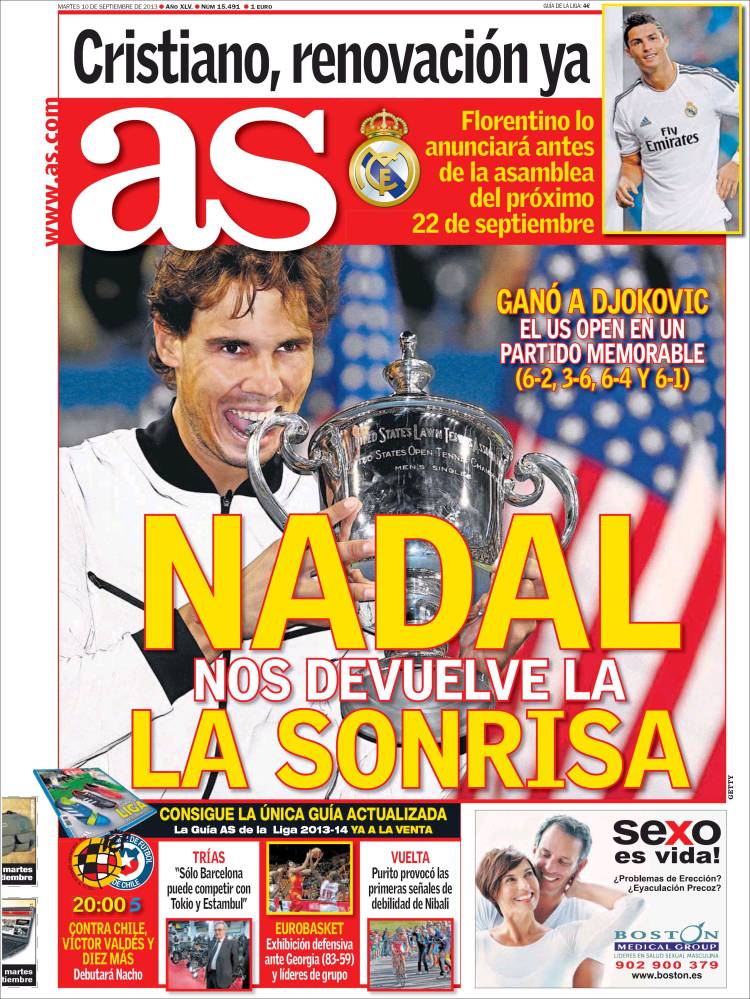 Cristiano's renewal on the way

Trias: "Only Barcelona can compete with Tokyo and Istanbul"

Basketball: A great defensive show v Georgia and now they lead the group 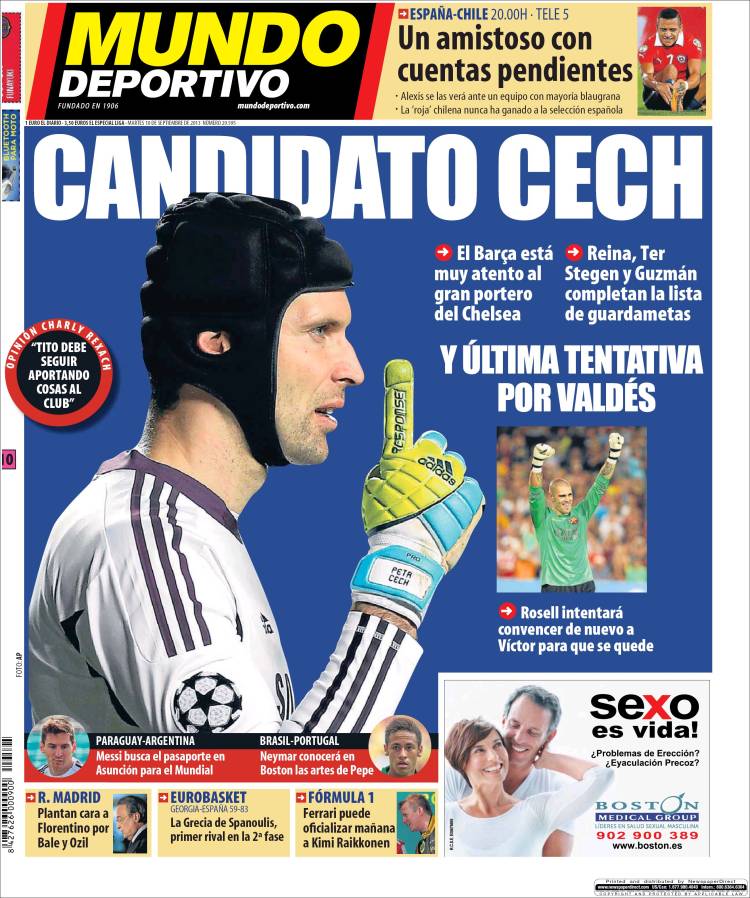 Barca are very attentive with the great Chelsea keeper's situation

Reina, Ter Stegen and Guzman are on the list too

The last attempt to convince Valdes

Rosell will try and convince Victor to stay

A friendly with interesting subplots

Alexis will face his Blaugrana teammates

Neymar will be aware of the dark arts of Pepe