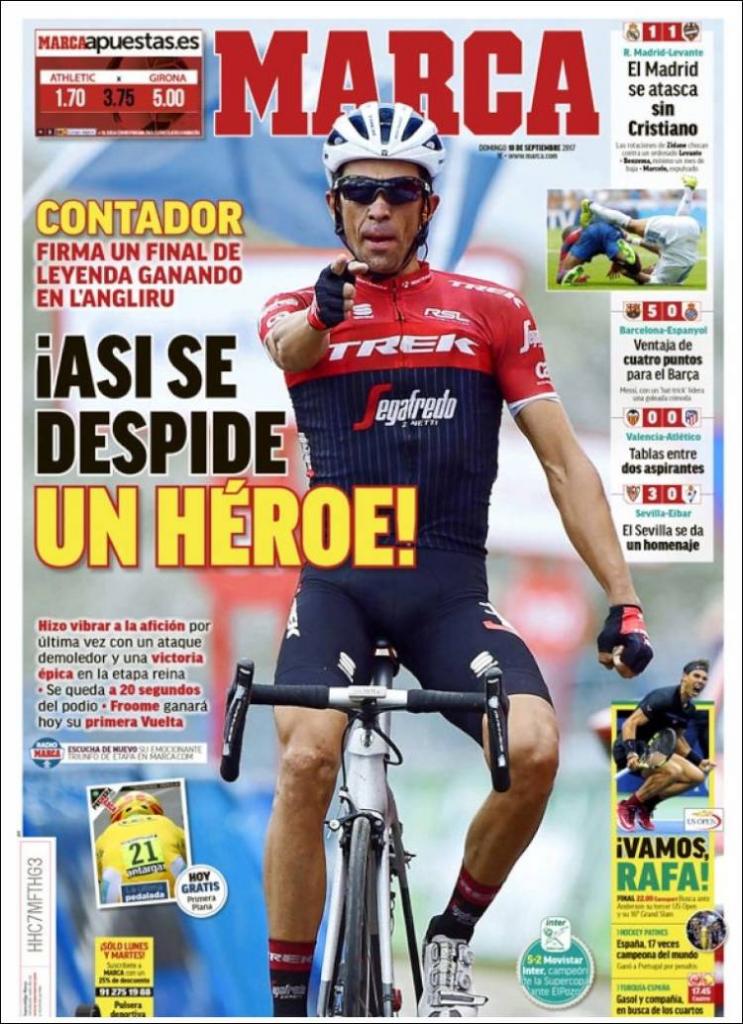 Contador signs off in legendary fashion with victory at l’Angliru

That's how a hero says goodbye!

Sevilla give a tribute 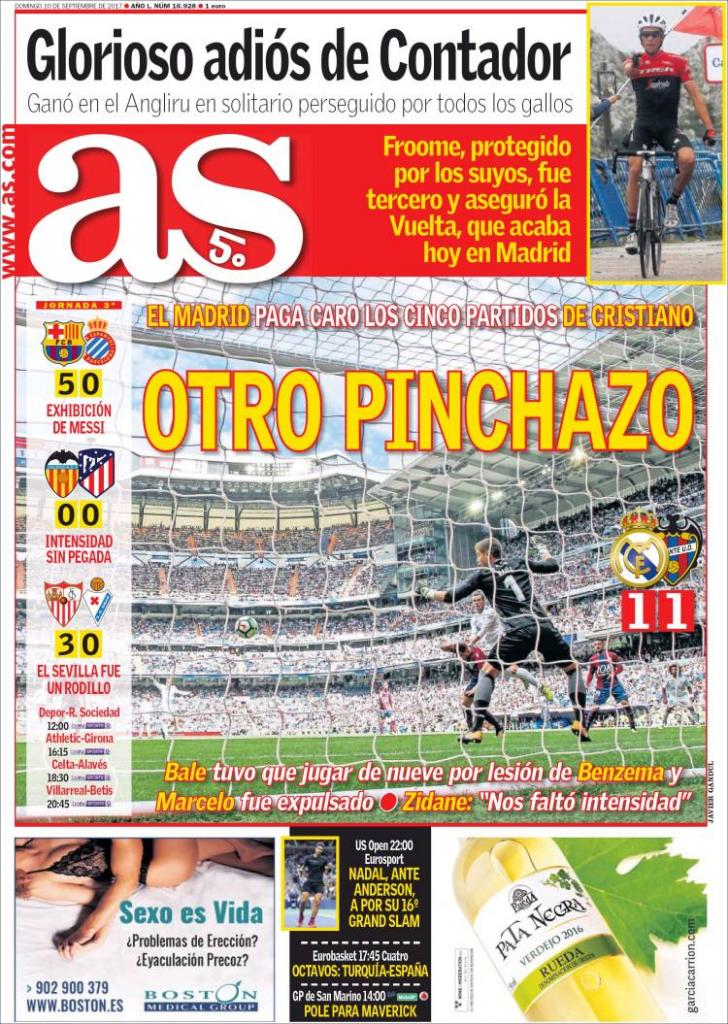 Intensity without a knockout blow 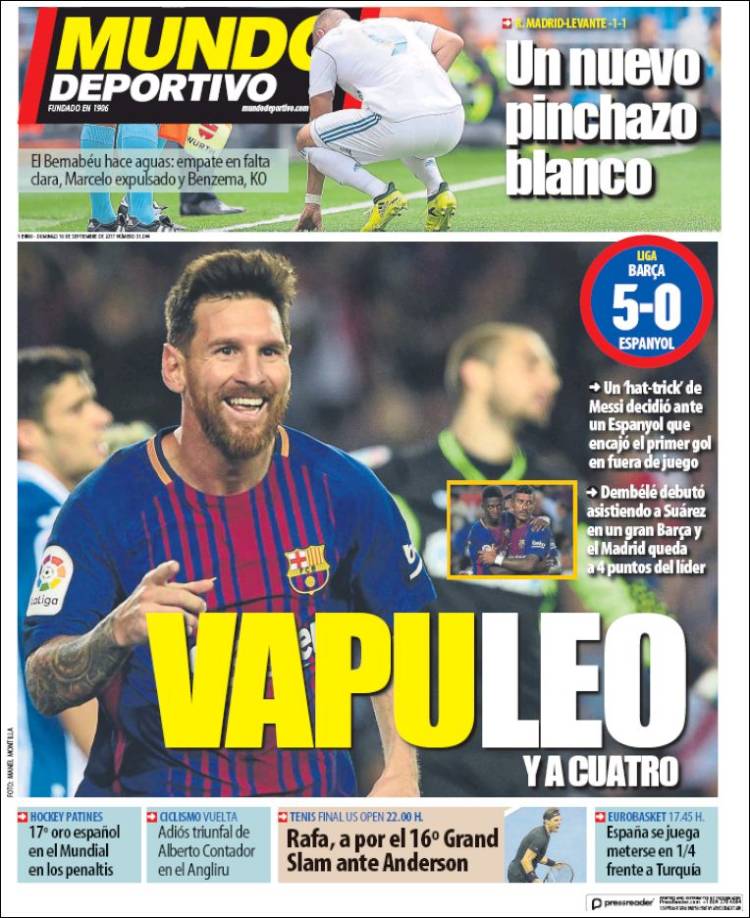 Messi’s hat-trick proved decisive against Espanyol, despite his first goal being offside

The Bernabeu sinks: draw after a distinct lack of quality, Marcelo sent off and Benzema forced off