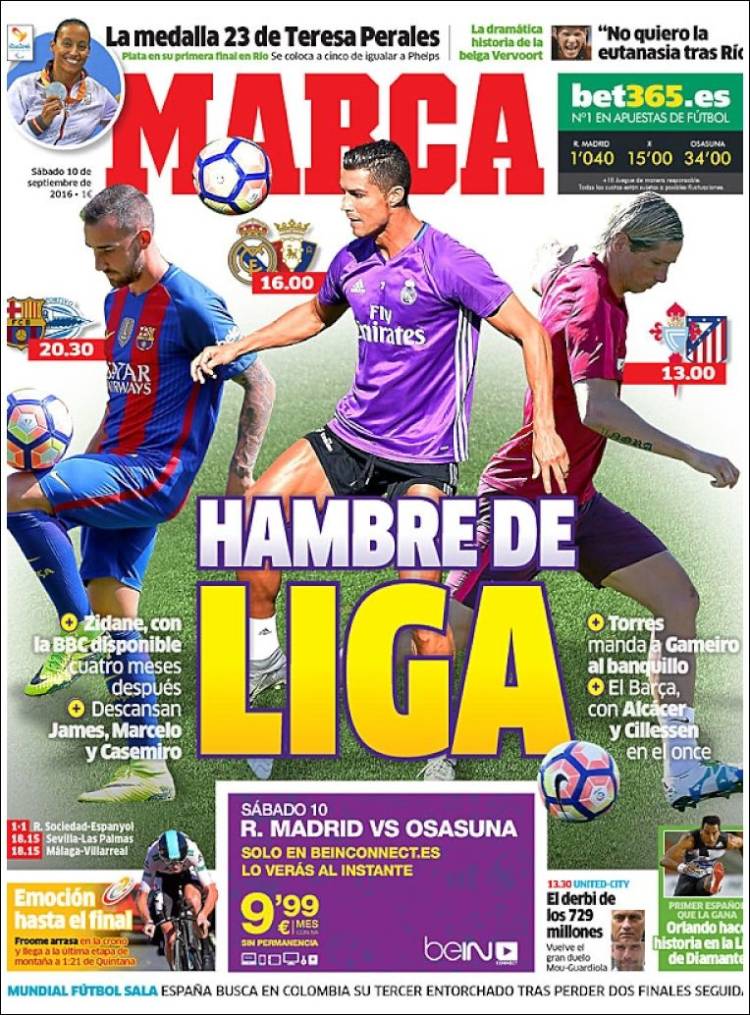 Hunger of the League

Torres sends Gameiro to the bench

Barca, with Alcacer and Cillessen in their XI

James, Marcelo and Casemiro are rested

Return of the great duel between Mou and Guardiola 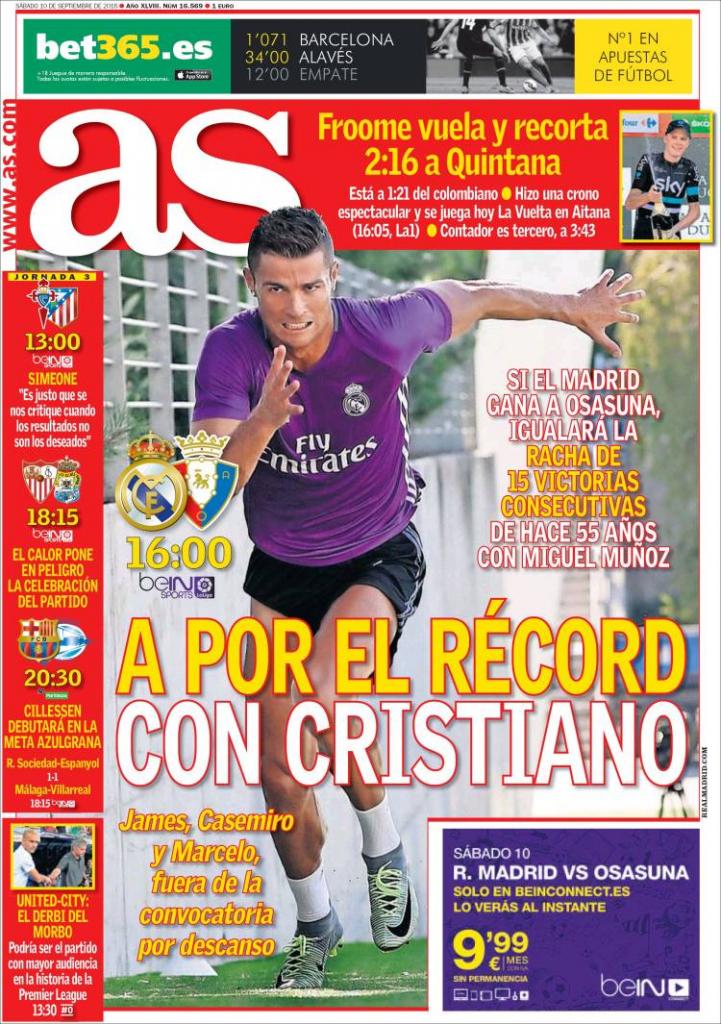 Going for the record

If Madrid beat Osasuna, they match a run of 15 consecutive victories, set 55 years ago with Miguel Munoz

James, Casemiro and Marcelo, out of the squad for rest

Simeone: “It’s fair to criticise us when the results aren’t as desired”

Cillessen will debut in goal for Barca 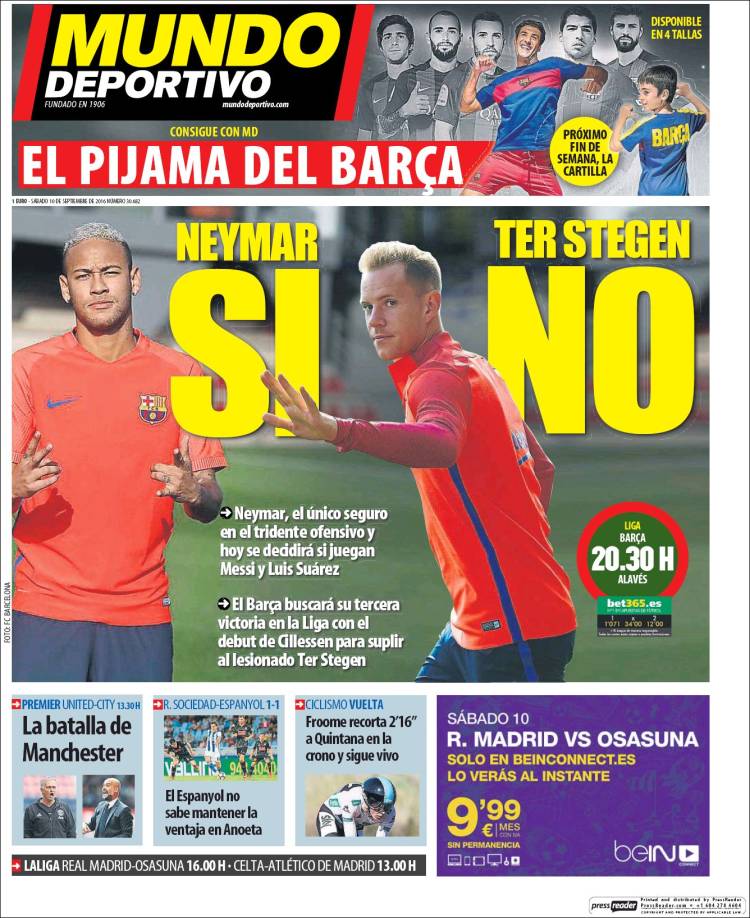 Neymar, the only assurance in the attacking trident as Barca will today decide whether to play Messi and Luis Suarez

Barca seek their third win in La Liga, with Cillessen debuting in place of the injured Ter Stegen

The battle of Manchester

Espanyol do not know how to keep their lead in Anoeta