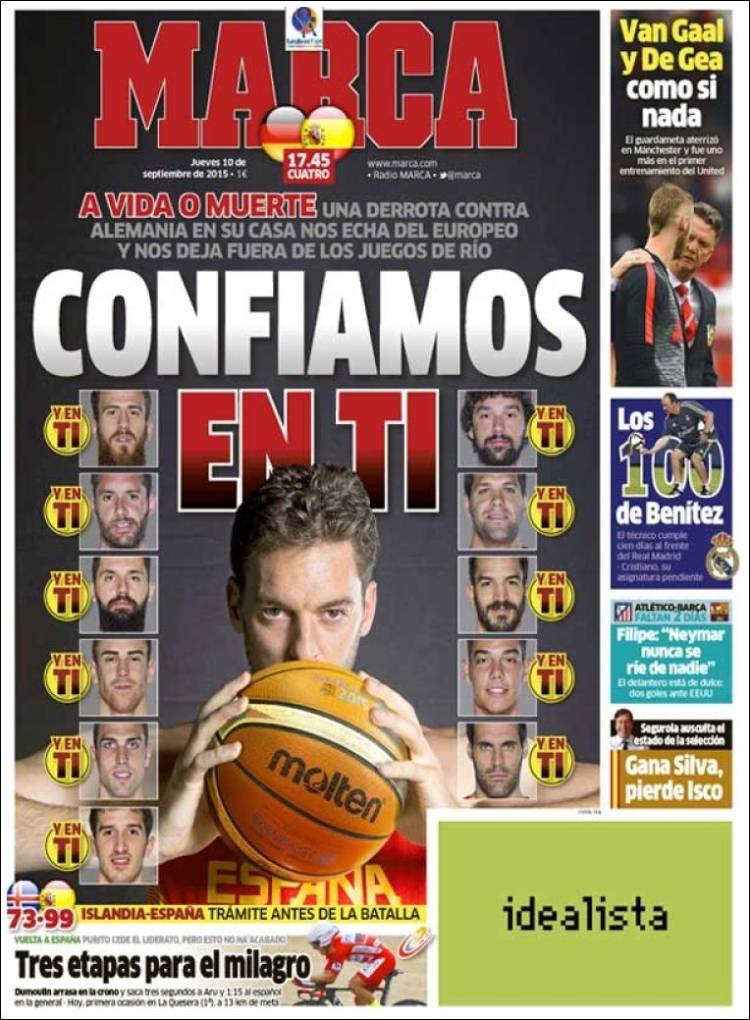 Van Gaal and De Gea, as if nothing happened

The Coach celebrates 100 days in charge of Real Madrid

Filipe: “Neymar never laughs at anyone”

The forward scored two sweet goals against the United States 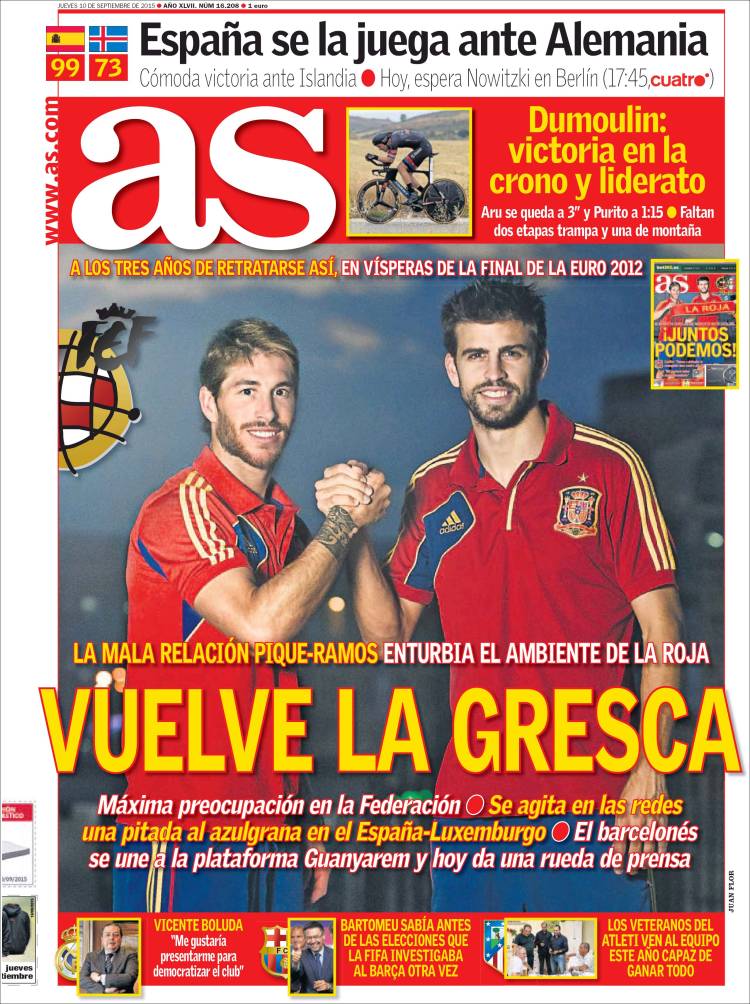 The fracas are back

The bad relationship between Pique and Ramos hangs over La Roja

Maximum concern in the RFEF

Three years of good relations since the Euro 2012 final

Vicente Boluda: “I'd like to introduce myself in order to democratise Barca”

Bartomeu knew before the elections that FIFA would investigate Barca again

Atleti's veterans believe the team can win everything this season 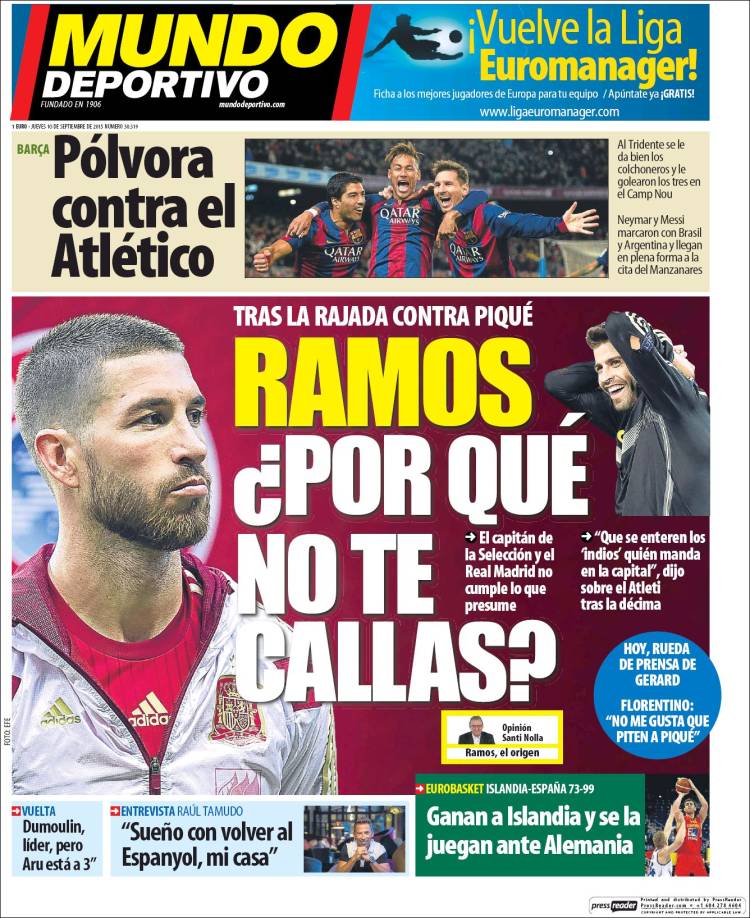 Ramos, why don't you shut up?

After his outburst against Pique

“Let the 'Indians' find out who run the capital,” he said about Atletico after La Decima

The trident are looking good ahead of Los Colchoneros, with all three scoring against them at Camp Nou last season

“I dream of returning to Espanyol, my home”