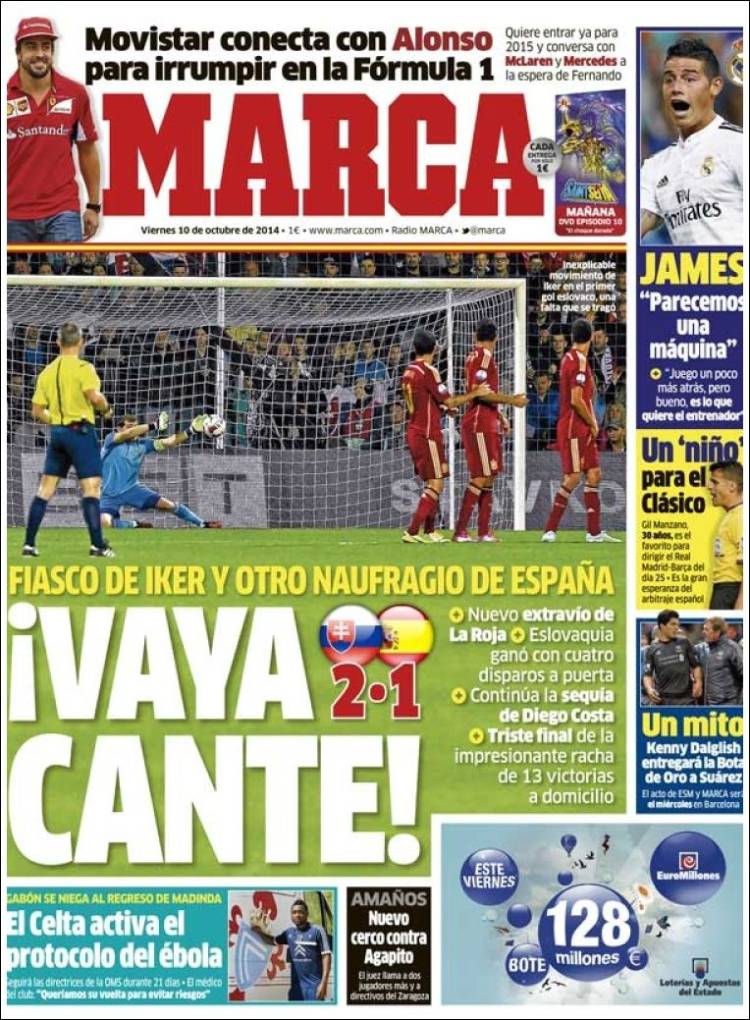 Fiasco from Iker and another Spanish failure

A sad end to the impressive run of 13 away victories

Inexplicable movement from Iker for the first Slovakia goal, a mistake he has to swallow

“I play a little further back, but so what, that’s what the Coach wants”

A ‘child’ for El Clasico

Gil Manzano, 30, is the favourite to referee Barca-Madrid on the 25th

He is the great hope of Spanish refereeing

A legend; Kenny Dalglish will present the Golden Boot to Luis Suarez

Gabon refuse to send Madinda back

Celta activate the Ebola procedure; they will follow the OMS directive for 21 days

“We want him to return to avoid any risks”

Match-fixing; a new siege against Agapito

The judge summons two more players and the Zaragoza board 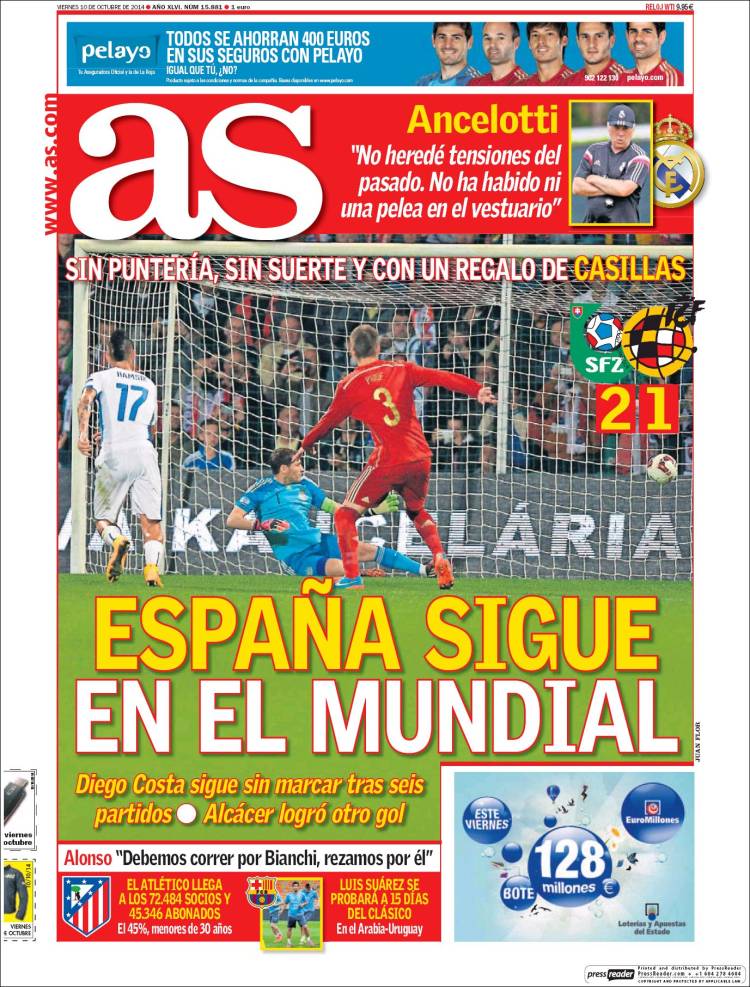 Spain Continue In The World Cup

Without aim, without luck and a gift from Casillas

Alcacer gets another goal

Ancelotti: “I didn’t inherit any tension from the past. There hasn’t been one fight in the dressing room”

Luis Suarez will get a run-out in the Saudi Arabia-Uruguay game, 15 days away from El Clasico 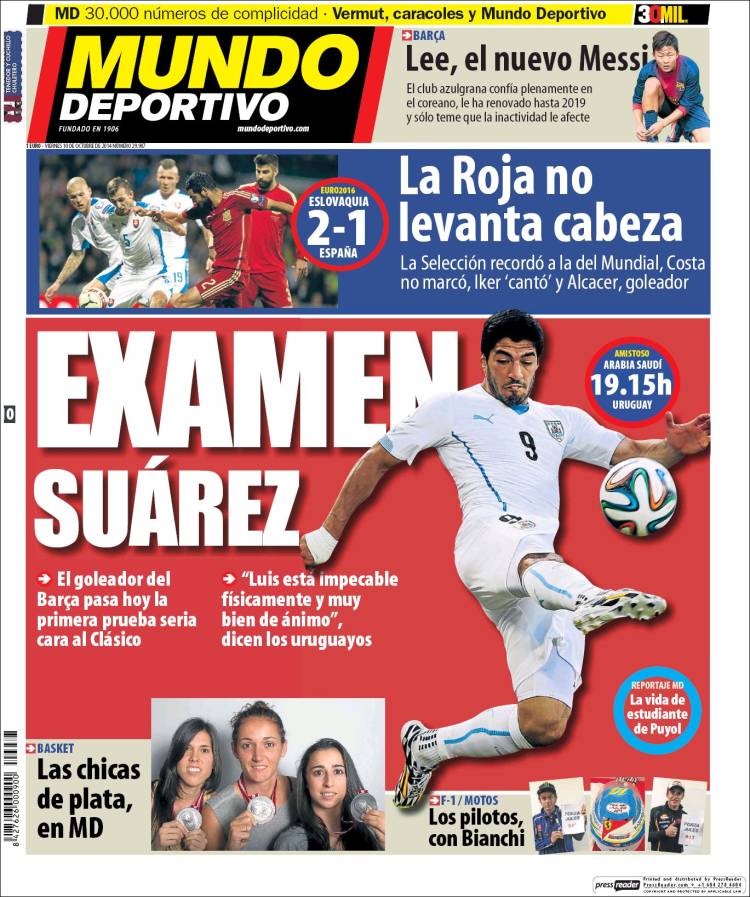 La Roja don’t get their heads up

The national team are a reminder of the World Cup, Costa doesn’t score, Iker ‘sings’ and Alcacer gets the goal

The Blaugrana club fully trust in the Korean, have renewed his contract until 2019, and only fear that inactivity will affect him

MD report: the life of Puyol the student