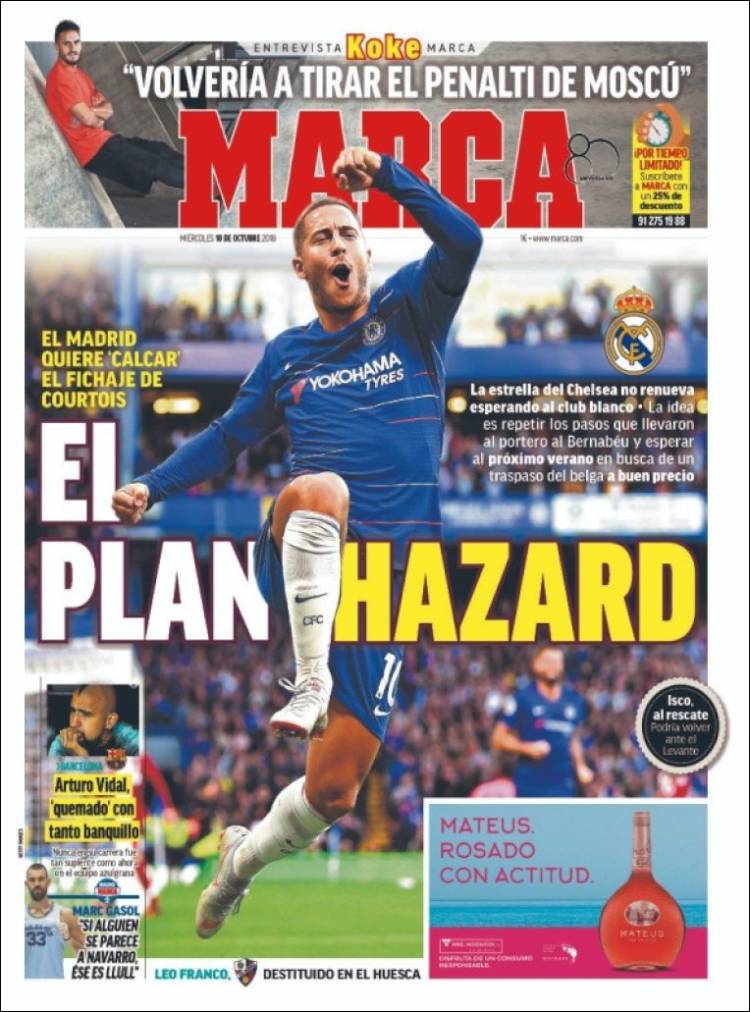 Madrid have the same plan as for Courtois, Chelsea's star doesn't renew and waits for Madrid, idea is to get him for cheap due to contractual situation

Isco to the rescue - to return against Levante

Koke: I would go back and take the penalty in Moscow 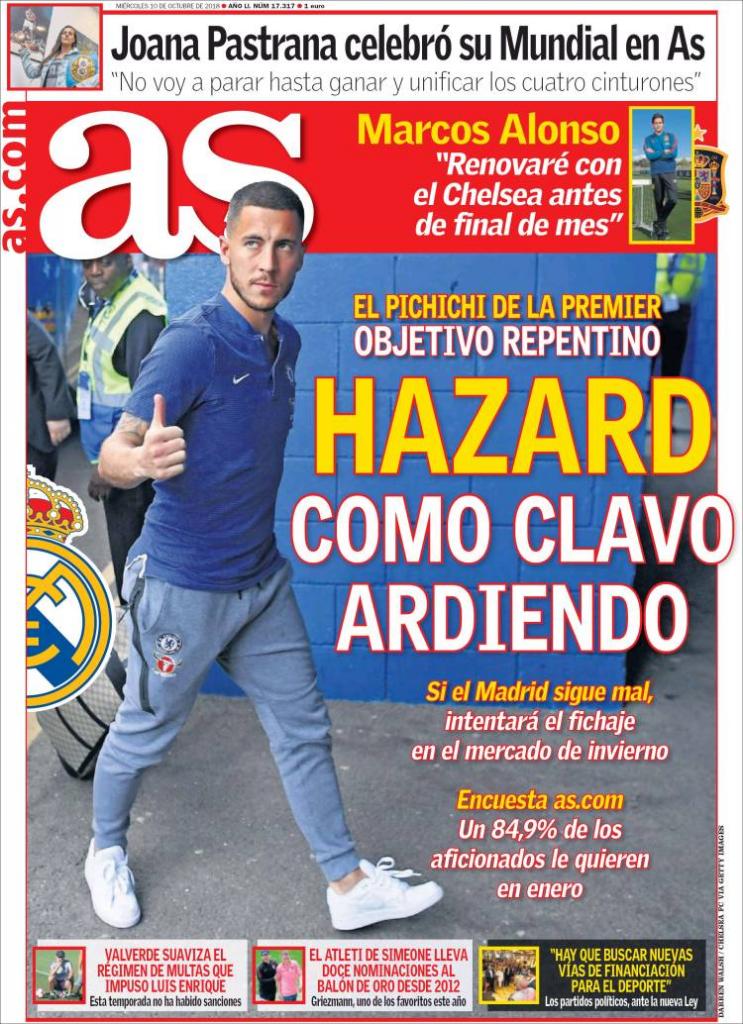 Madrid intend to sign him in Winter, 84.9% of fans want him in January

Marcos Alonso: "I will renew with Chelsea this month" 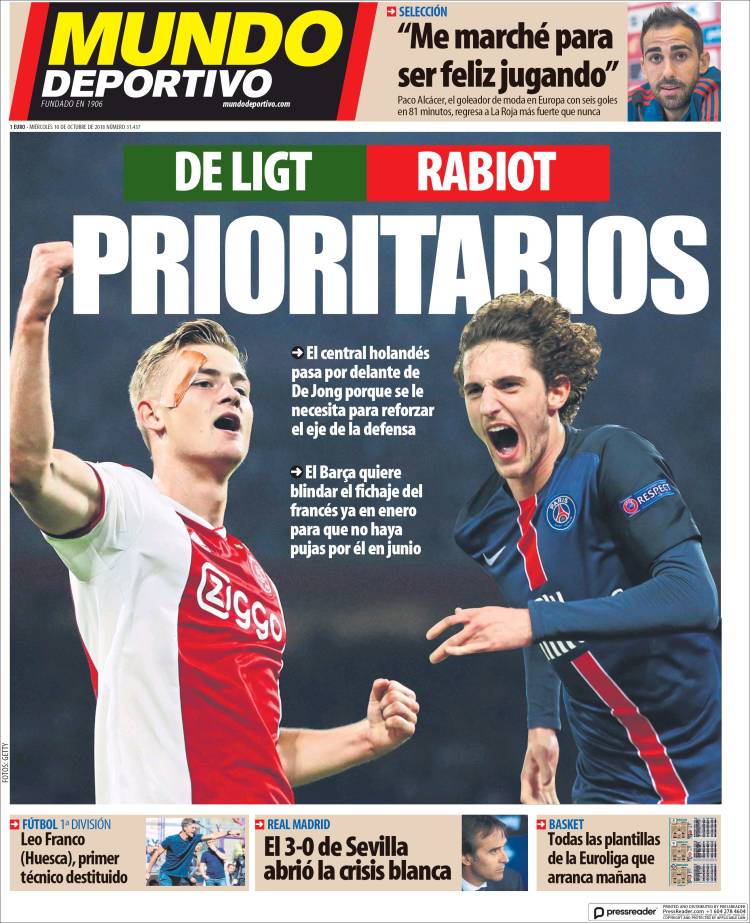 Dutch central defender a priority for strengthening the defence, Barca want to shield the signing of Rabiot in January so there are no bids in June