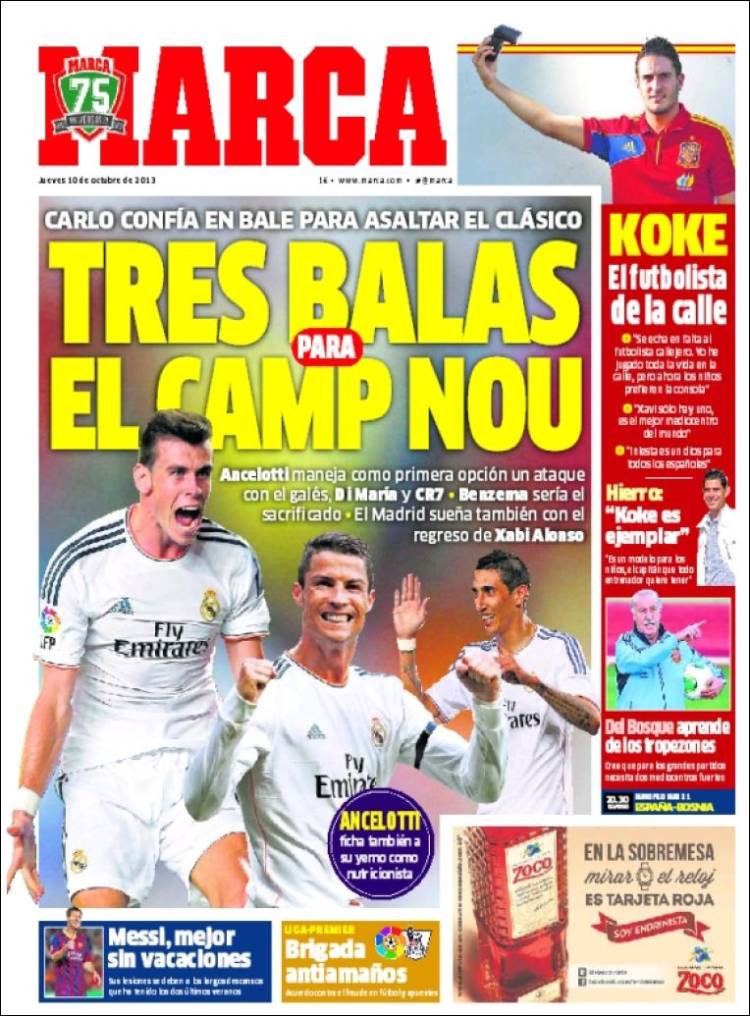 Three shotguns for the Camp Nou

Carlo is confident that Bale will be ready for el Clasico

Benzema could be sacrificed

"I started playing football on the streets, I have all my life but now I prefer playing on the console"

"Xavi, there is only one, he is the best in the world"

"Iniesta is a god for Spanish footballers" 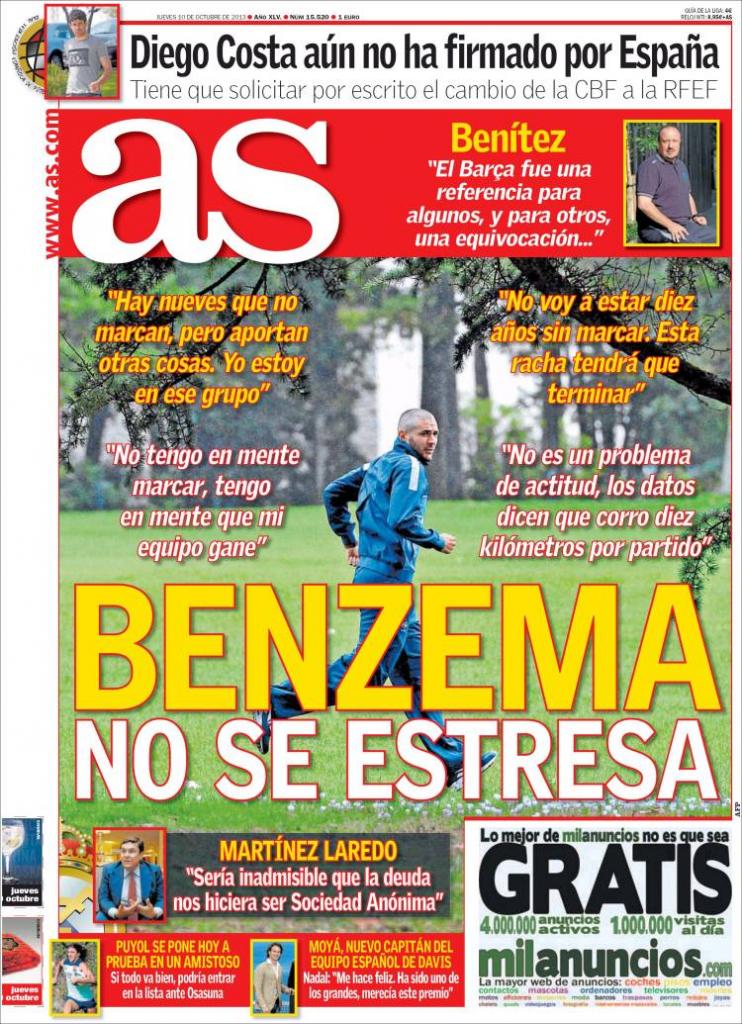 Benzema is not stressed

"There are number nines that do not score but do other things, I am in this group"

"I will not be ten years without scoring, this streeak will have to end"

"It is not a problem of attitude, the stats say they I run ten kilometres every game"

Benitez: "Barca were a reference for some, and for others the opposite"

Diego Costa still has not signed for Spain

Martinez Laredo: "It is inadmissible that the debt would make us become a publicly listed company"

If all goes well, he would return to the squad against Osasuna

Nadal: "He makes me happy, He has been great and deserves it" 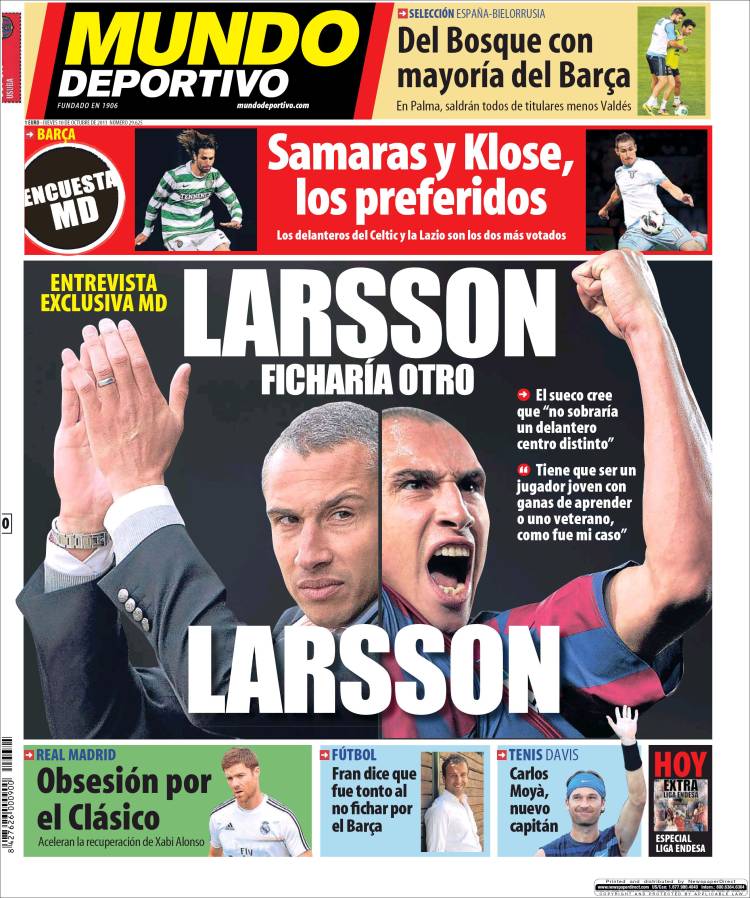 The Celtic and Lazio forward have been voted for

In Palma, all Barca's starters to start except Valdes

They accelerate the recover of Xabi Alonso

Football: Fran says that it was stupid not to sign for Barca