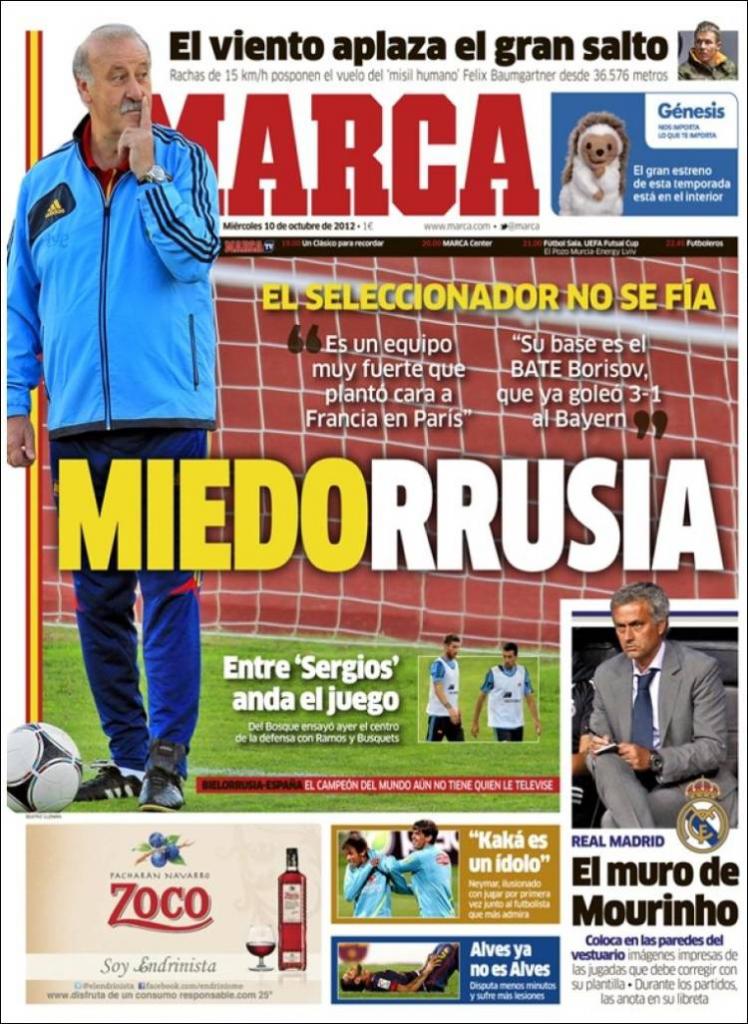 "Their base is BATE Borisov, who beat Bayern 3-1"

Between 'Sergios' in the race to play

Belarus-Spain: the World Champions still do not know who will televise it

"Kaka is an idol"

During games he writes them down in his little book 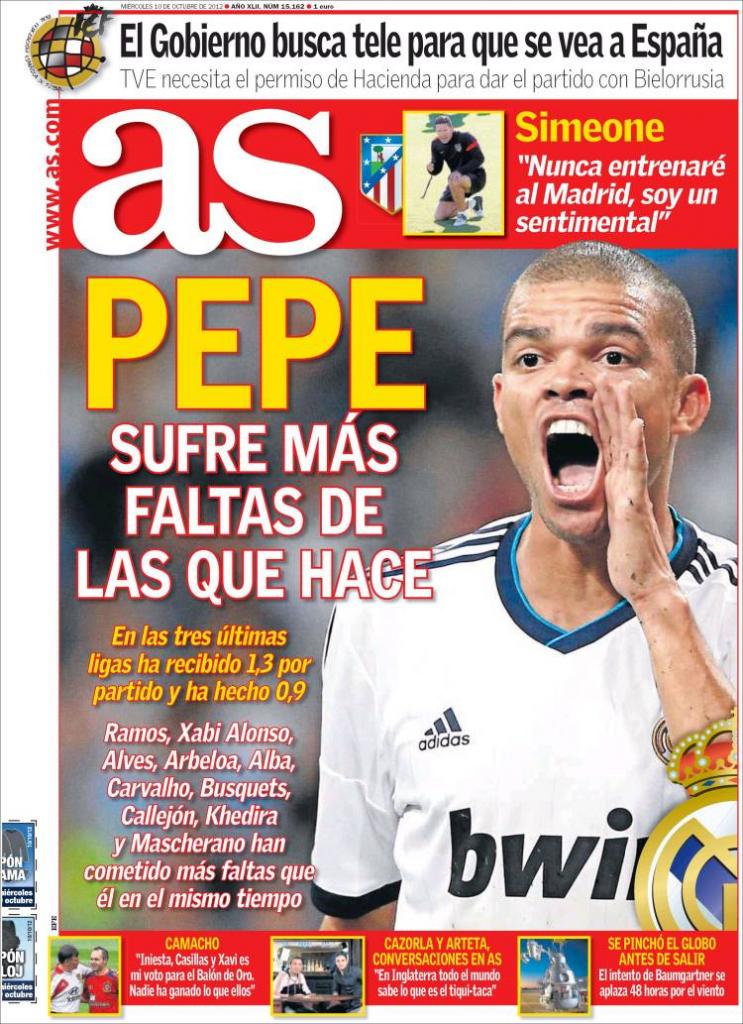 Pepe receives more fouls than he makes - in the last three games he has received an average of 1.3 and made 0.9

The government looks for a TV channel to televise Spain

TVE needs the permission of Hacienda to transmit the Belarus game

Camacho: "Iniesta, Casillas and Xavi get my vote for the Ballon d' Or. Nobody has won what they have"

Cazorla and Arteta in conversation with AS: "In England everybody knows what tiqui-taca is" 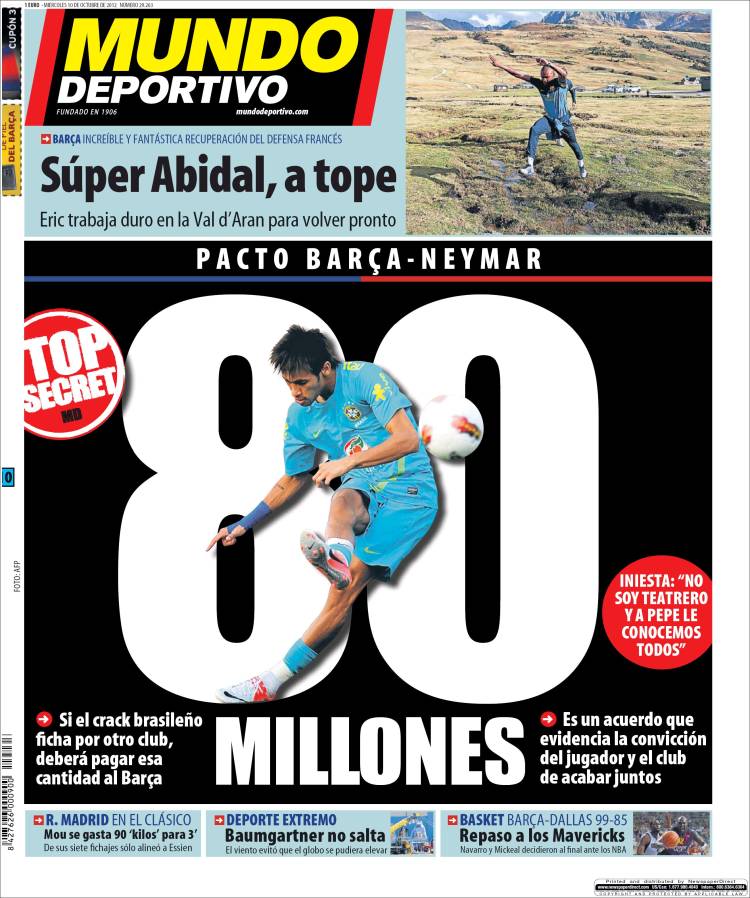 Iniesta: "I'm not an actor and everyone knows about Pepe"

Super Abidal, at full strength - incredible and fantastic recovery from the French defender

El Clasico - Mou spends €90m for €3m, of his seven signings only Essien lined up