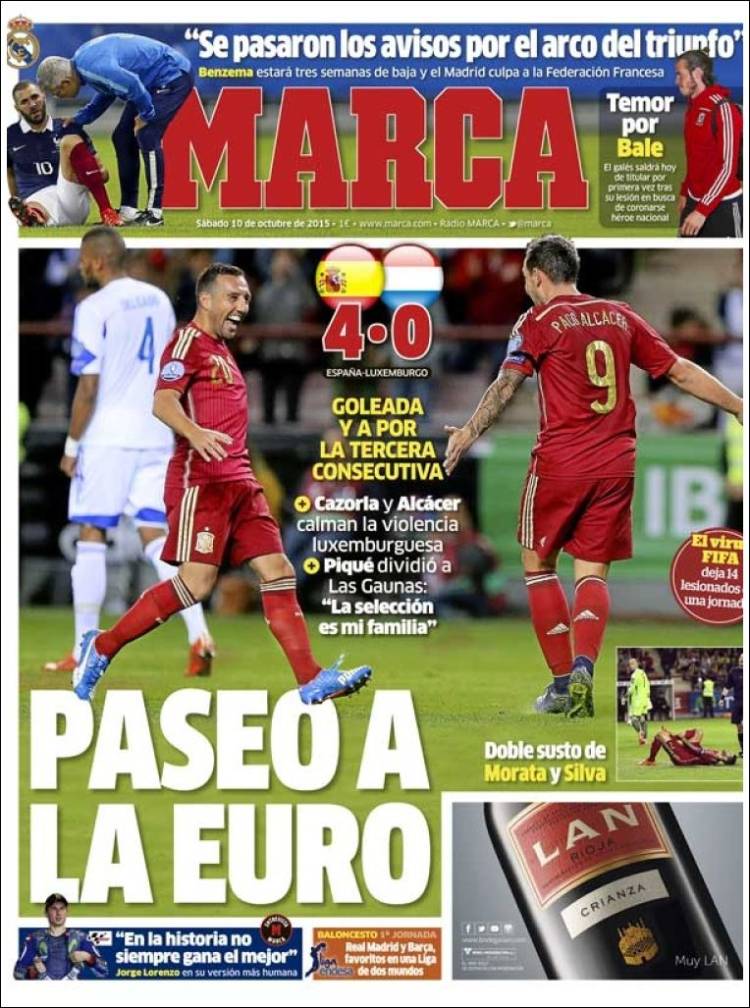 Stroll to the Euros

A landslide win means a third consecutive title up for grabs

Pique divides Las Gaunas: “The national team are my family”

Double scare of Morata and Silva

The Welshman will make his first start after injury today, looking to be crowned a national hero 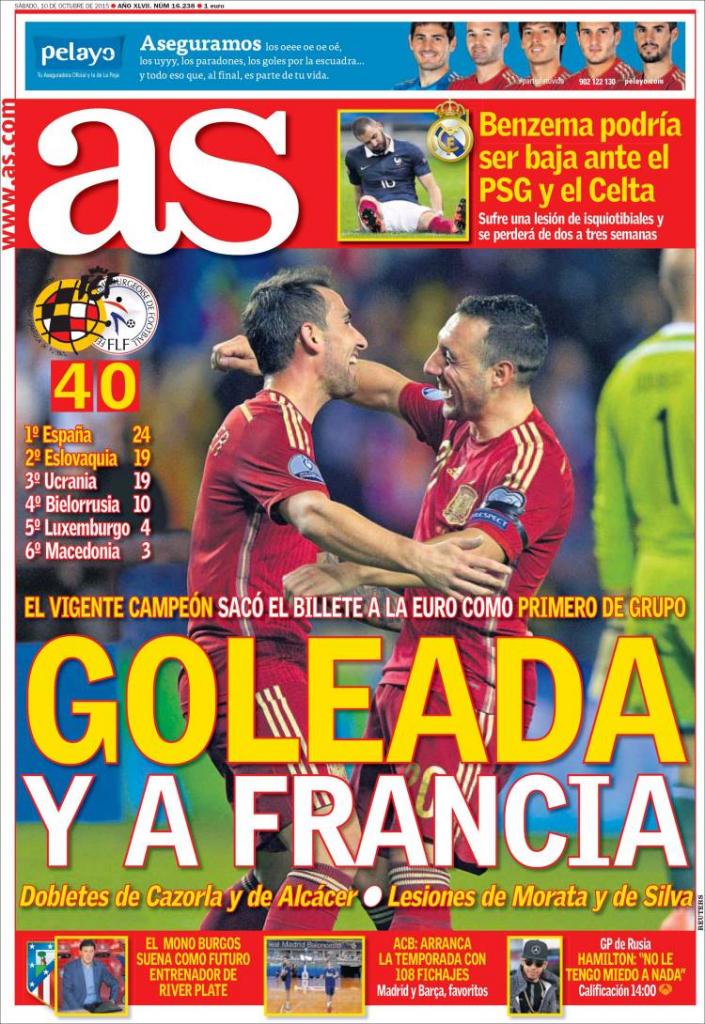 A rout to France

Cazorla and Alcacer score a brace each

Benzema could miss PSG and Celta

‘The monkey’ Burgos tipped to be River Plate’s next Coach 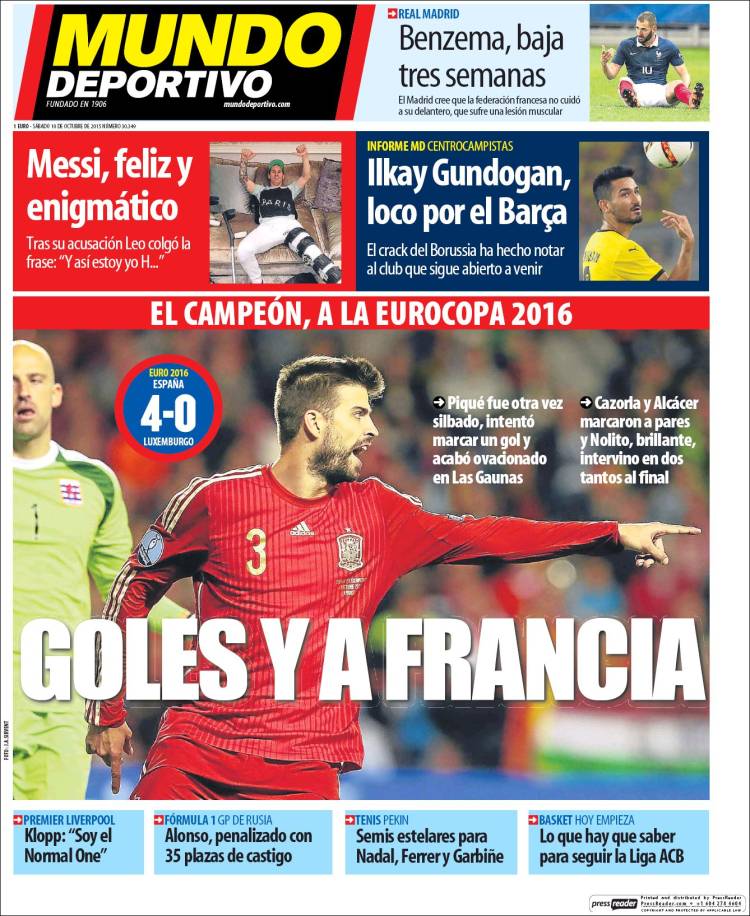 Cazorla and Alcacer both with doubles, a brilliant Nolito assisted with the last two goals

After his indictment, Leo posted the message: “And here I am, H...”

Benzema, out for three weeks

Madrid believes the FFF did not properly care for the striker, who suffered a muscle injury

Klopp: “I am the Normal One”