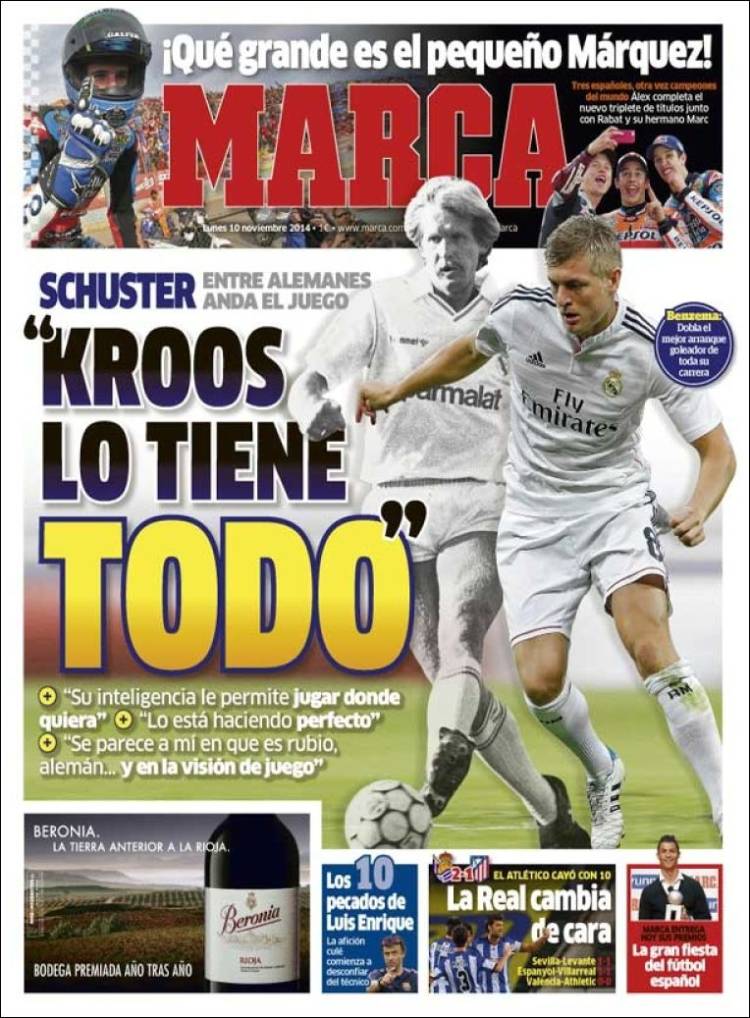 “Kroos has it all”

Schuster: Between the Germans they run the game

“His intelligence allows him to play where he wants”

“He is doing it perfectly”

“He is like me in that he is blond, German...and in his vision of the game”

Benzema doubles the best goalscoring start of his whole career

The Cule supporters start to lose faith in the Coach

Atletico go down with 10 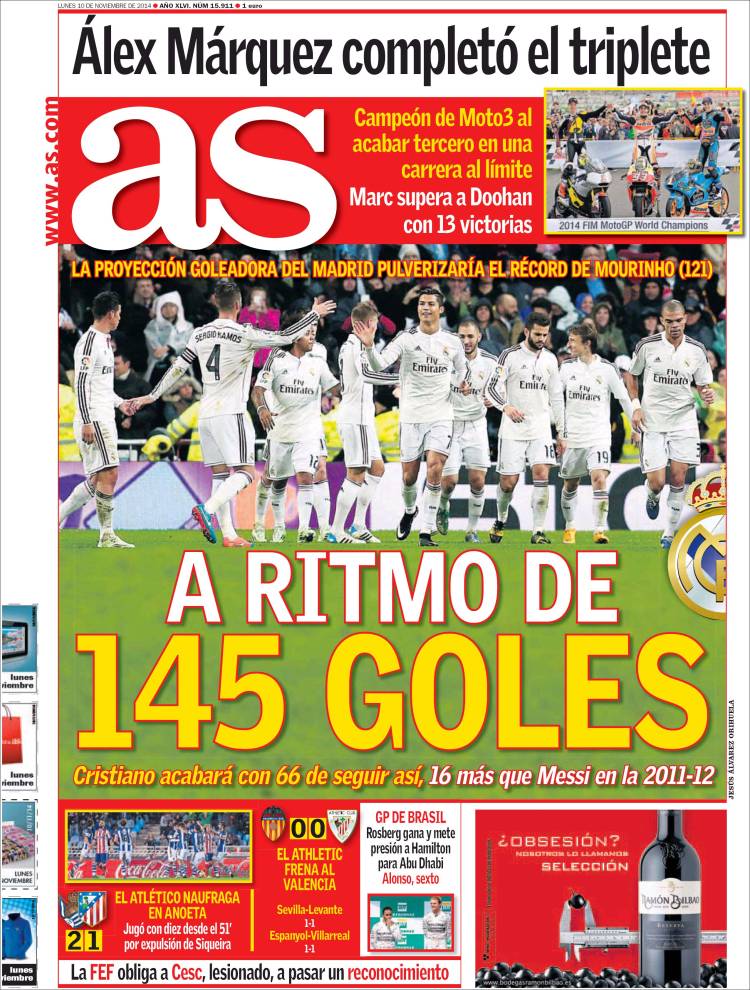 Athletic put the brake on Valencia 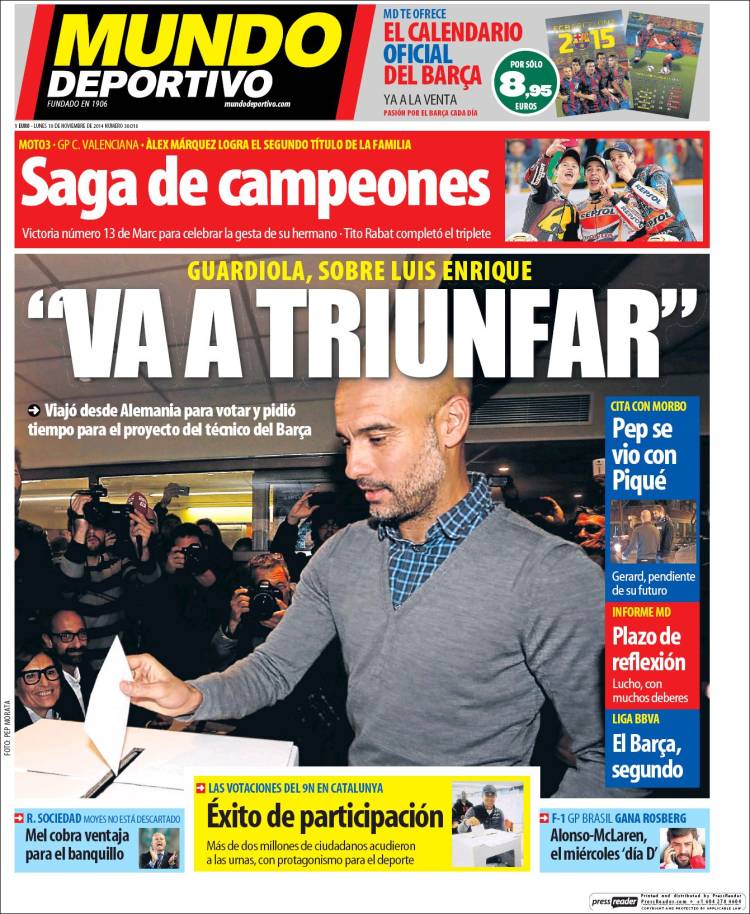 Guardiola on Luis Enrique: “He will be a success”

Appointment with fear: Pep is seen with Pique

Gerard, with his future pending

Time for reflection: Lucho, with a lot of homework to be done

Real Sociedad: Moyes is not ruled out

Mel has the advantage over who sits on the bench