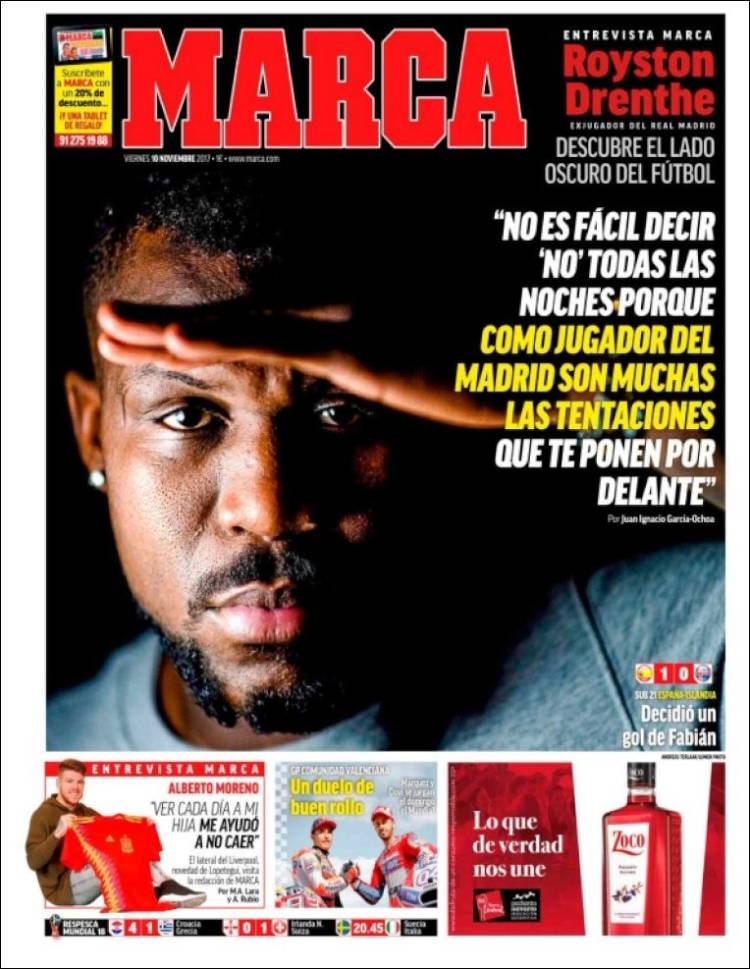 Royston Drenthe on football's dark side

Alberto Moreno: To see my daughter each day helps me not fall 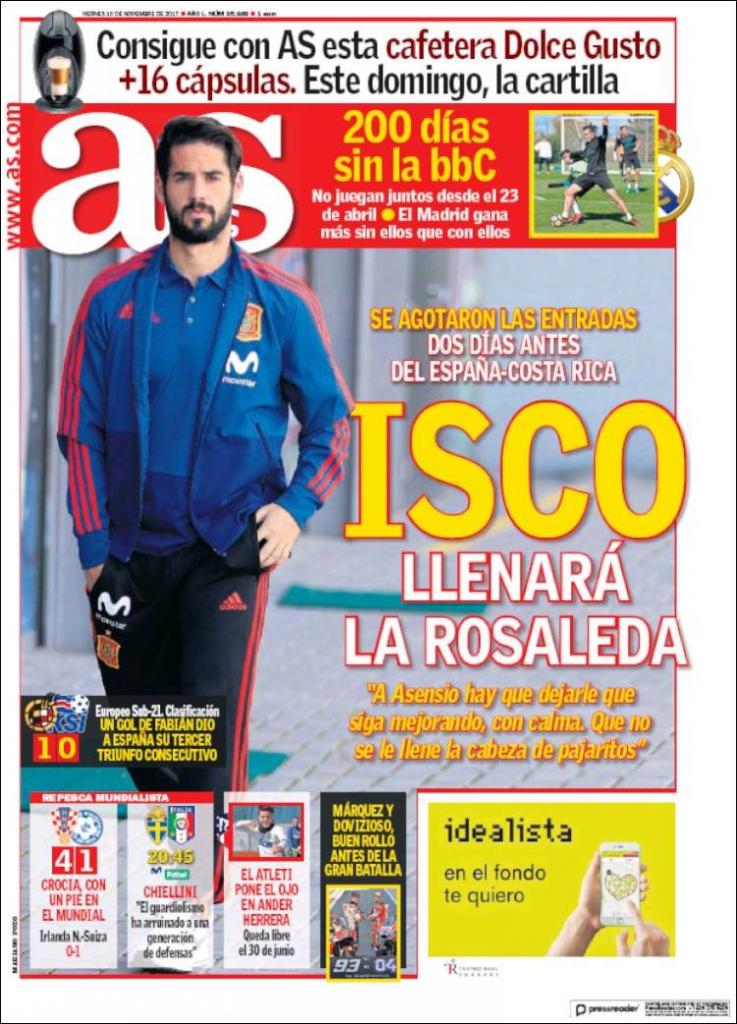 "Asensio must be allowed to improve, calmly. Don't fill his head with birds"

200 days without the BBC - not played together since 23rd April, more won without them than with them

A goal from Fabian secures Spain Under-21 third straight triumph

Croatia, one foot in the World Cup

Atleti with an eye on Ander Herrera 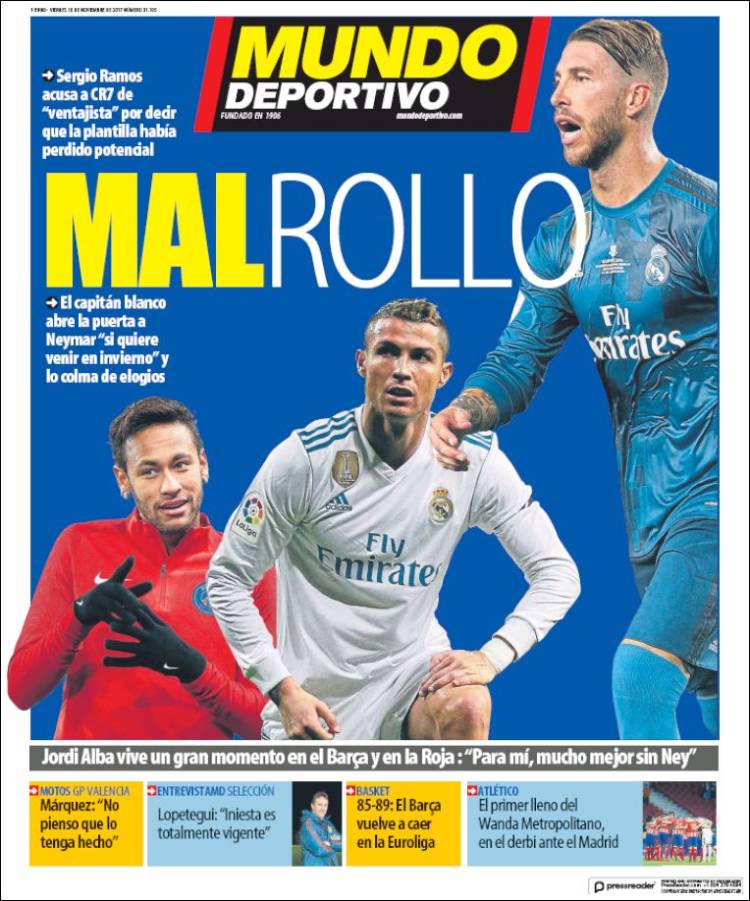 Ramos accuses Ronaldo of 'advantageous' for saying the squad is now weaker, Madrid captain opens the door to Neymar 'if he wants to come in the summer'

Jordi Alba lives a great moment for club and country: For me, it's much better without Neymar

The first full Wanda Metropolitano, a derby against Madrid