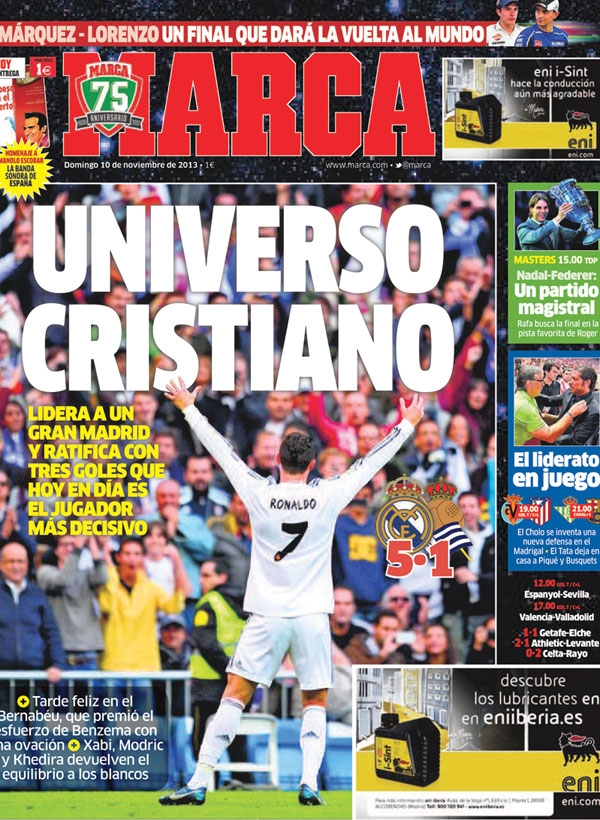 Cristiano's universe
He leads a great Madrid and scores a hat-trick that assures his place as the the most decisive player around today
A happy afternoon at the Bernabeu that rewarded the effort of Benzema with an ovation
Xabi, Modric and Khedira brought back balance to the side
Leading the way
El Cholo to employ a new defence at El Madrigal
Tata leaves Pique and Busquets out
Nadal and Federer, a magisterial meeting
Rafa looks for a place in the final against the concrete court favourite Federer
Marquez and Lorenzo in the final act for the race for the title 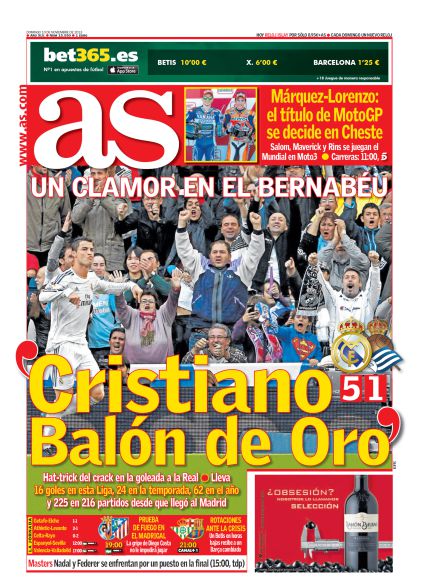 "Cristiano, Balon d'Or"
He scores a hat-trick against La Real
He now has goals in La Liga, 24 this season and 62 this year and 225 in 216 games since arriving at Real Madrid
Test of fire at El Madrigal
Rotations at Barca amid the crisis
Masters: Nadal and Federer meet for a place in the final
Marquez and Lorenzo: the Moto GP title to be decided in Cheste
Salom, Maverick and Rins will play for the Moto 3 Title 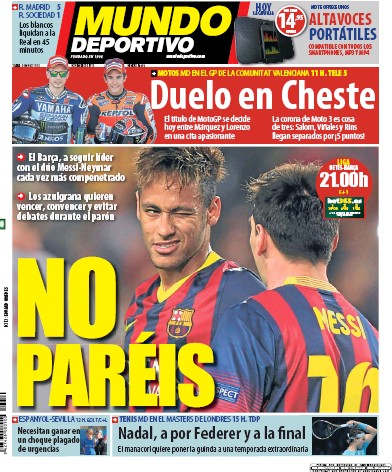 Don't stop
Barca, continue to lead with the duel of Messi and Neymar every time getting better
Los Azulgranas want to win, convince and avoid any debates
Duel in Cheste: The title for the world Moto GP to be decided today between Marquez and Lorenzo in a passionate city
Moto 3 GP to go to either Salom, Vinales or Tins who are separated by just five points
Espanyol v Sevilla: They are in urgent need of a win
Nadal meets Federer for a place in the final