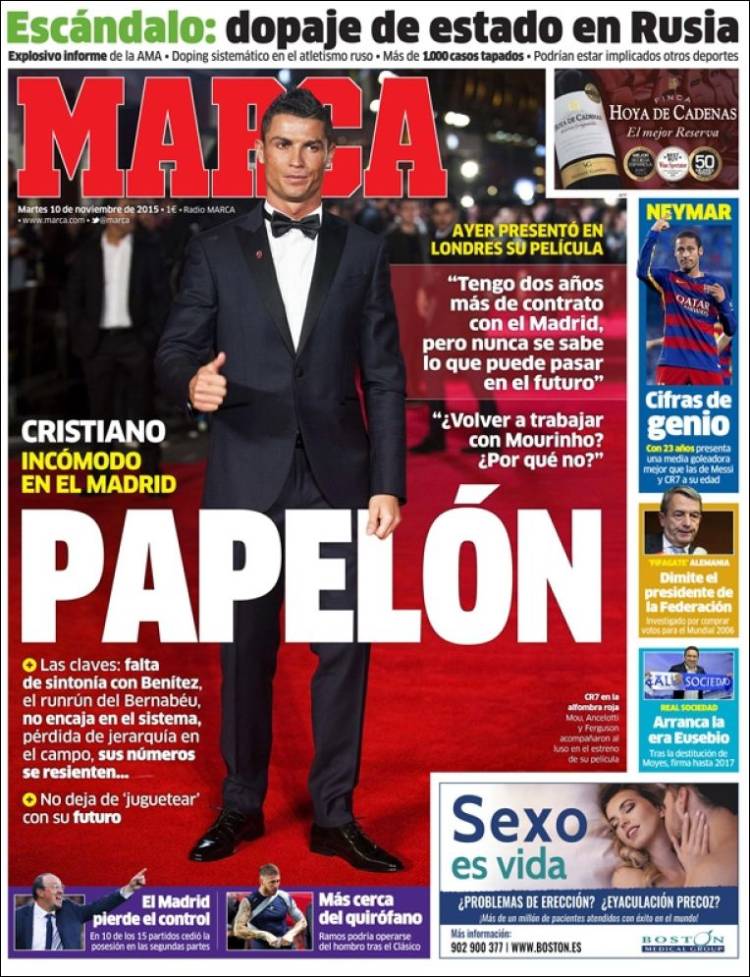 “I have two years left on my contract with Real Madrid, but you never know what will happen in the future”

“Working with Mourinho again? Why not?”

The keys: lack of harmony with Benitez, the murmurs of the Bernabeu, not fitting into the system, loss of seniority on the pitch, his numbers suffering

He is still ‘tinkering’ with his future

In 10 of their 15 games this season, they have given up possession in the second half

Closer to the operating room

Ramos could have shoulder surgery after the Clasico

Investigated for buying votes for the 2006 World Cup

After the dismissal of Moyes, he signs on until 2017 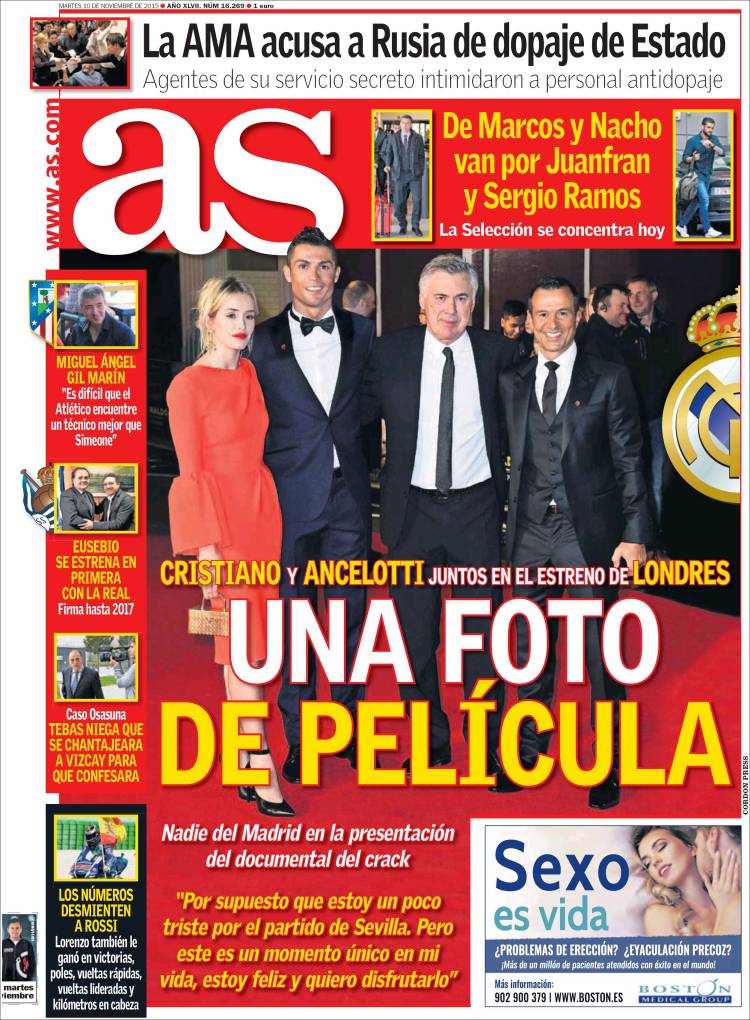 A photo of film

Ronaldo and Ancelotti together at the premiere in London

Nobody from Madrid in the star’s documentary

“Of course I am a bit sad about the Sevilla match, but this is a unique moment in my life, I am happy and want to enjoy it”

Tebas refuses to be blackmailed into making Vizcay confess 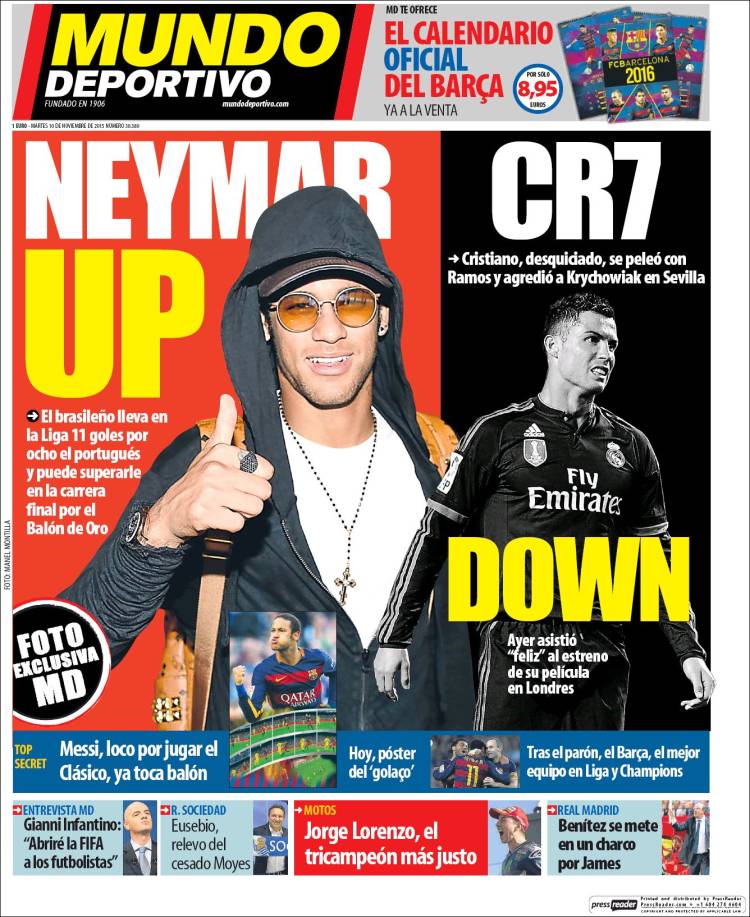 Neymar up, CR7 down

A crazy Ronaldo fought with Ramos and attacked Krychowiak in Sevilla

He “happily” attended the premiere of his film in London yesterday

Messi, crazy to play in the Clasico, begins touching the ball

Gianni Infantino: “I will make FIFA for footballers”

Real Madrid, Benitez gets into a pickle over James