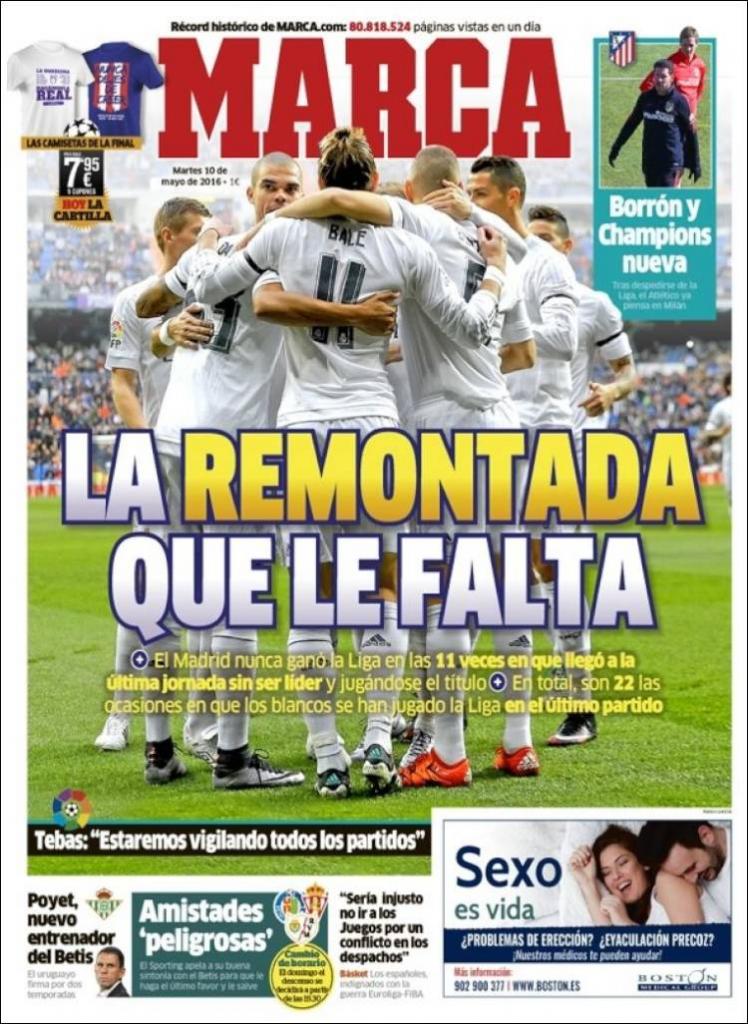 Forget the past and new Champions [the Spanish phrase, borron y cuenta nueva, means ‘let bygones be bygones’ and this is a play on that]

The comeback is missing something

In total, there are 22 occasions in which Los Blancos have played for La Liga on the final day

Tebas: “We will be watching every game”

The Uruguayan signs for two years 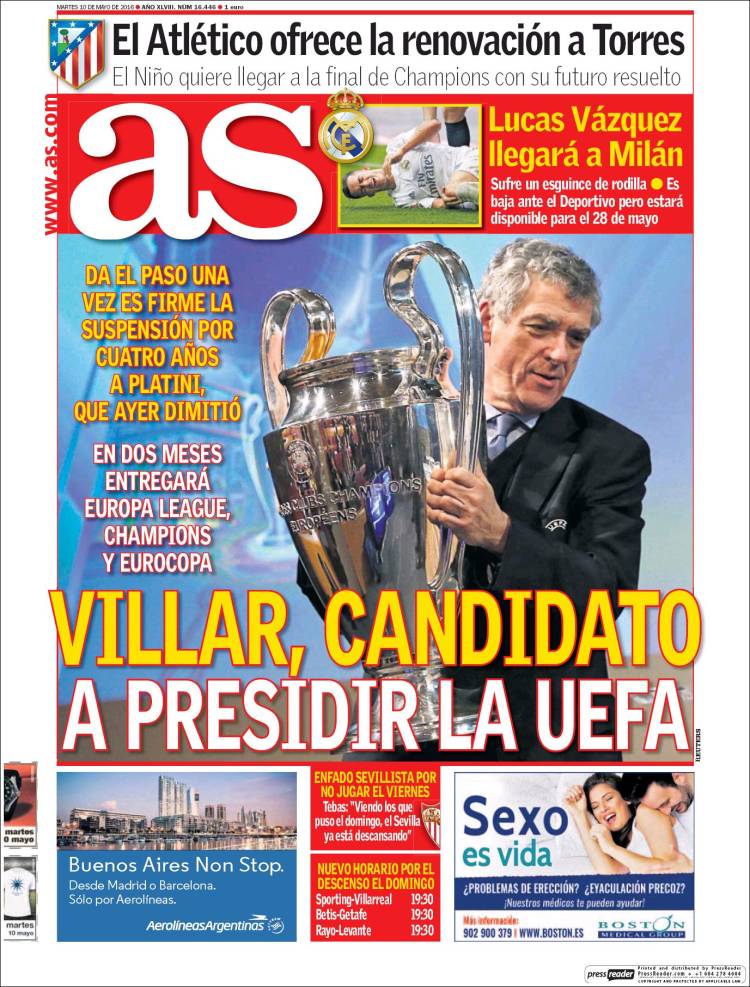 Atleti offer a renewal to Torres

He’ll miss Deportivo but will be available on May 28

One more step as the four-year suspension for Platini is confirmed, who yesterday resigned

New times for the relegation on Sunday 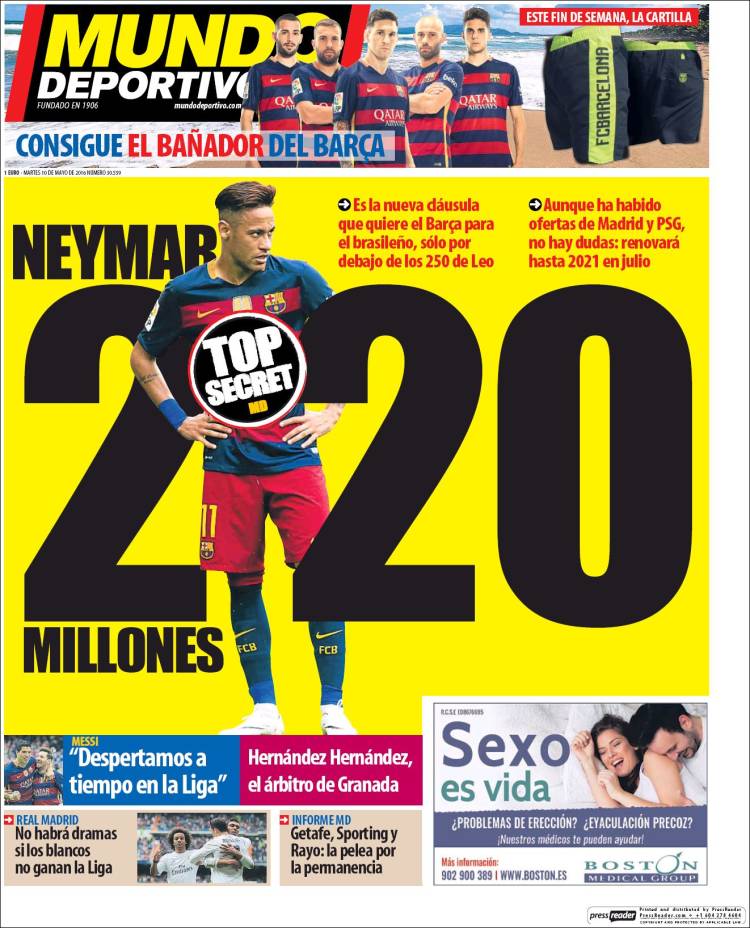 Is the new clause Barca want for the Brazilian, below only Leo’s 250m

Although there have been offers from Madrid and PSG, there is no doubt: renew until 2021 in July

“We woke up in time in La Liga”

Getafe, Sporting and Rayo: the fight to stay up