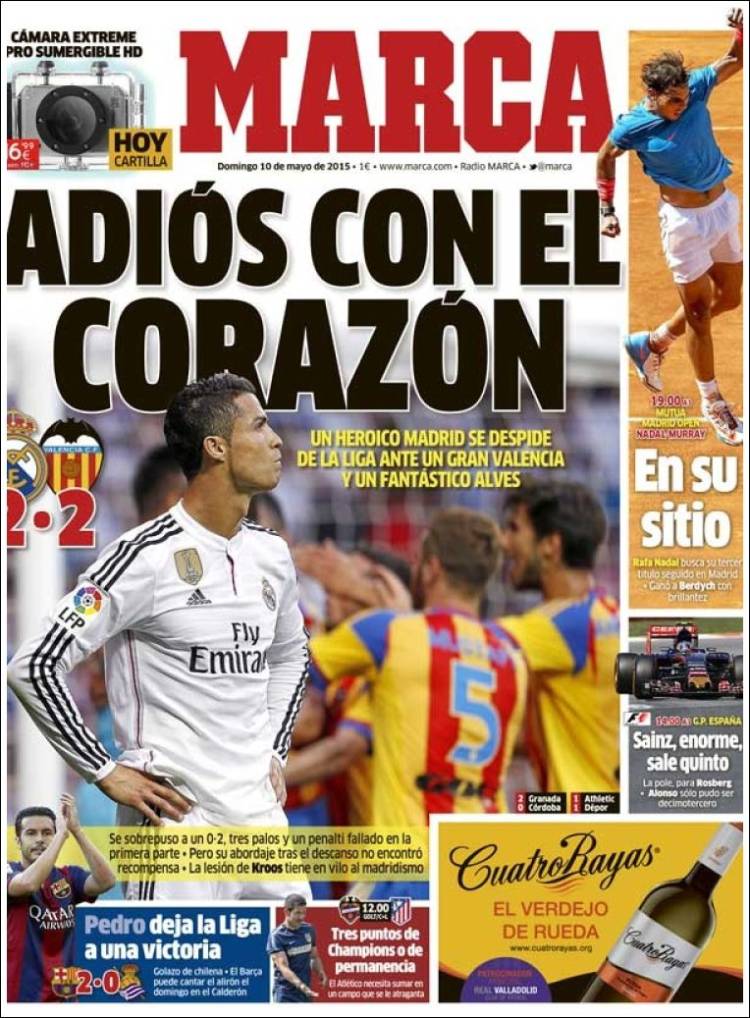 Goodbye with the heart

But their response after the break didn’t get its reward

Barca could celebrate on Sunday in the Calderon

Three points from the Champions League or top-flight safety 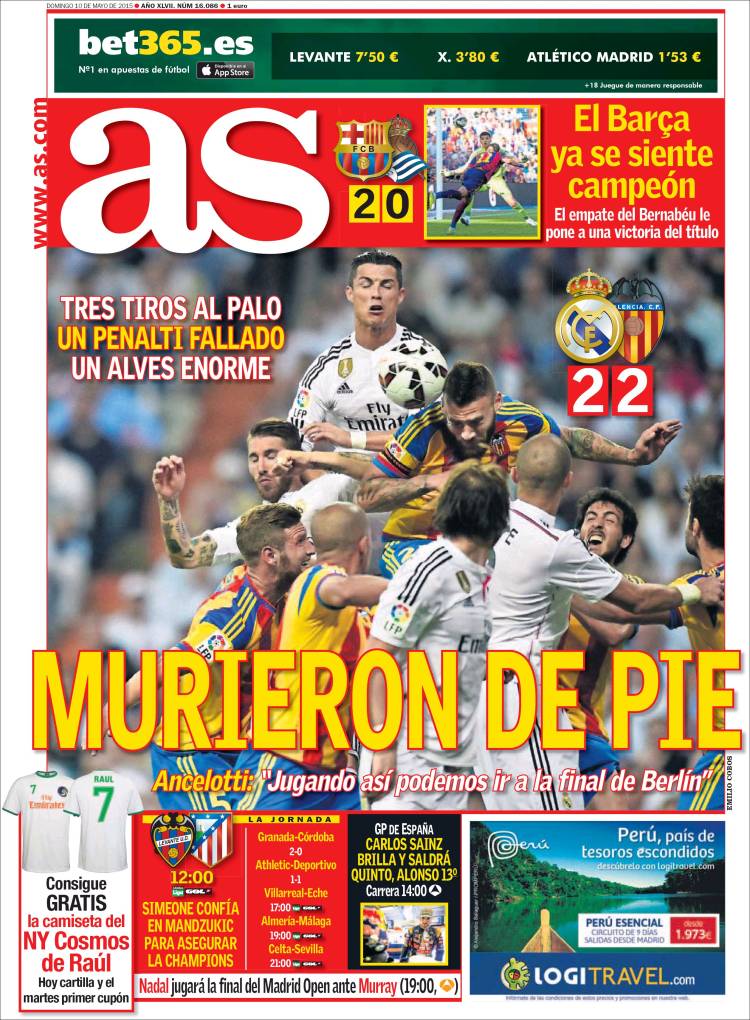 They died on their feet

Three shots against the woodwork, a missed penalty and a tremendous Alves

Ancelotti: “Playing like this we can go to the final in Berlin”

Barca now feel like champions. The draw at the Bernabeu puts them one victory away from the title 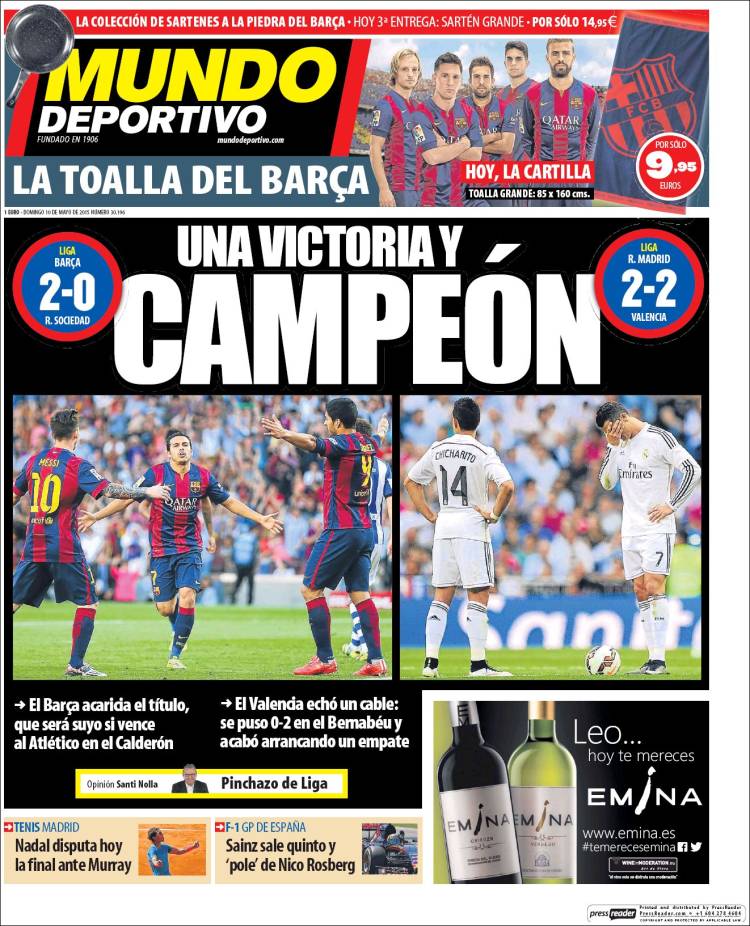 One victory and champions

Barca within touching distance of the title, which will be theirs if they win at the Calderon

Valencia throw a lifeline: they go 2-0 up at the Bernabeu and end up hanging on for a draw