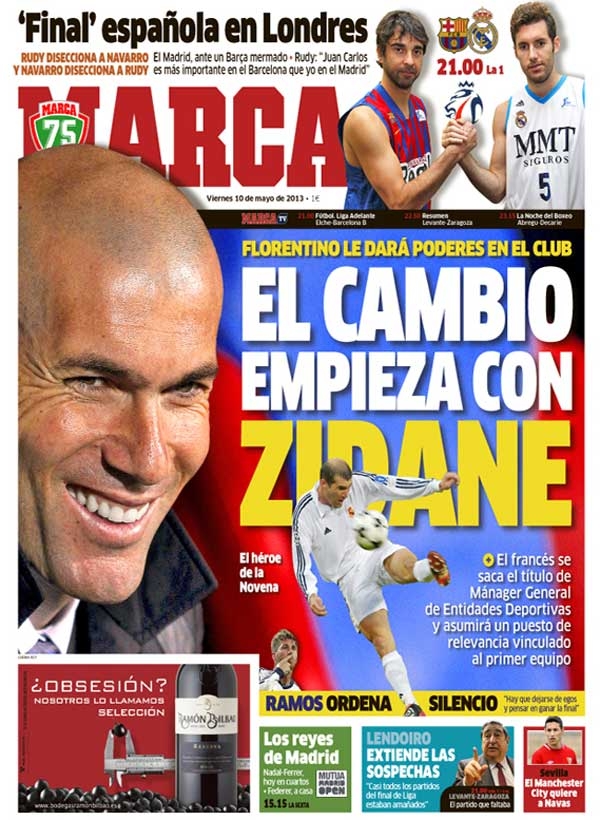 Florentino to give him power in the club

The change starts with Zidane

The hero of the ninth

"We have to leave behind our egos and think of the Copa final," Ramos

Lendoiro and his suspicions

The kings of Madrid

Nadal and Ferrer today in the quarters finals

Madrid, against an understrength Barca

"Juan Carlos is more important to Barcelona than I am to Madrid," Rudy 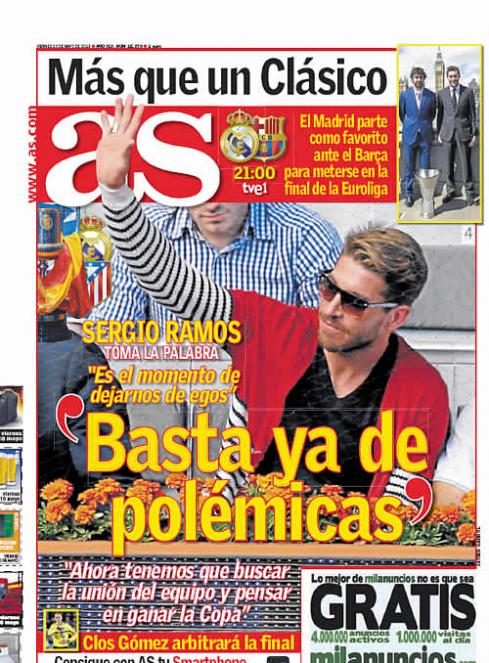 "Enough of the controversy," Ramos

"In this moment we have to leave out our egos," Ramos

"Now we have to look for unity and think about the Copa," Ramos

Clos Gomez to referee the final

More than a Clasico

Madrid are favourites against Barcelona in the final of the Euroliga 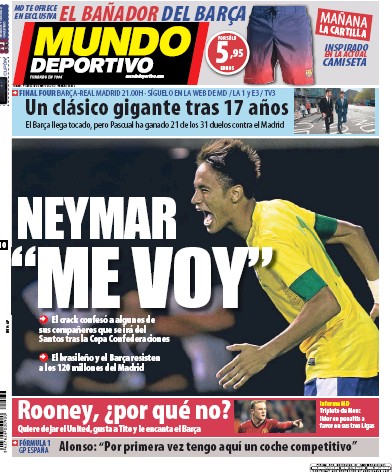 The Brazilian and Barca resist 120 million from Madrid

Triple for Mou: The leader in penalties in his three seasons

F1, Alonso: "For the first time I have a competitive car"

Final four: A clasico after 17 years

Barca arrive weakened, but Pascual has won 21 of his 31 duels with Madrid