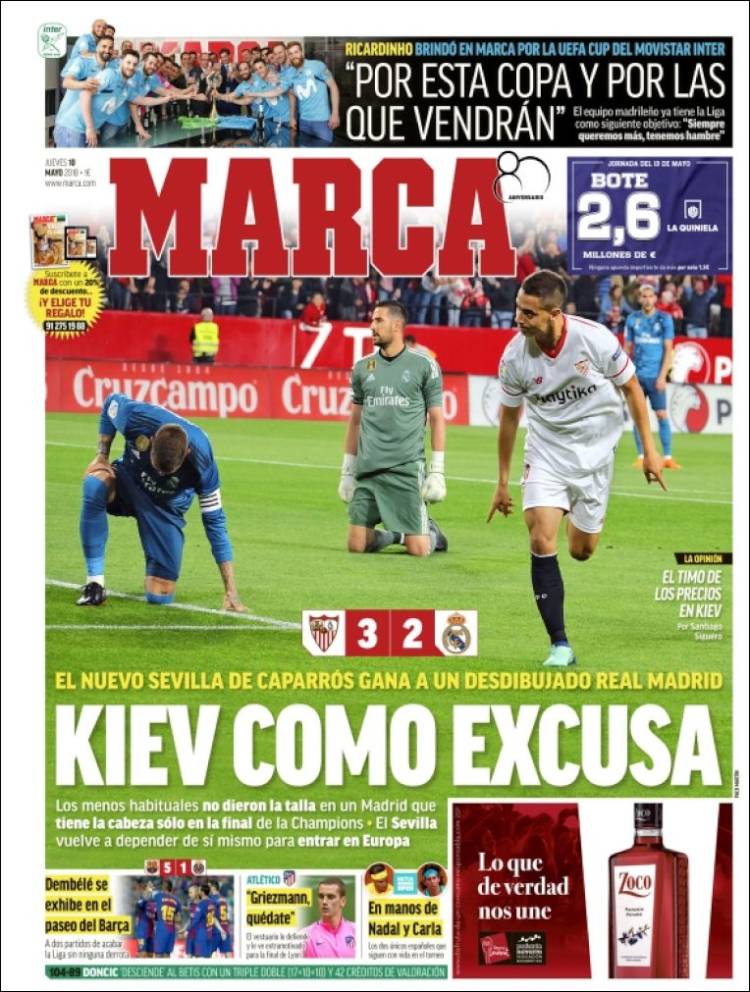 Kiev as an excuse

Sevilla again depend upon themselves to enter into Europe

Dembele puts on an exhibition in Barcelona stroll

Two games away from ending the league unbeaten 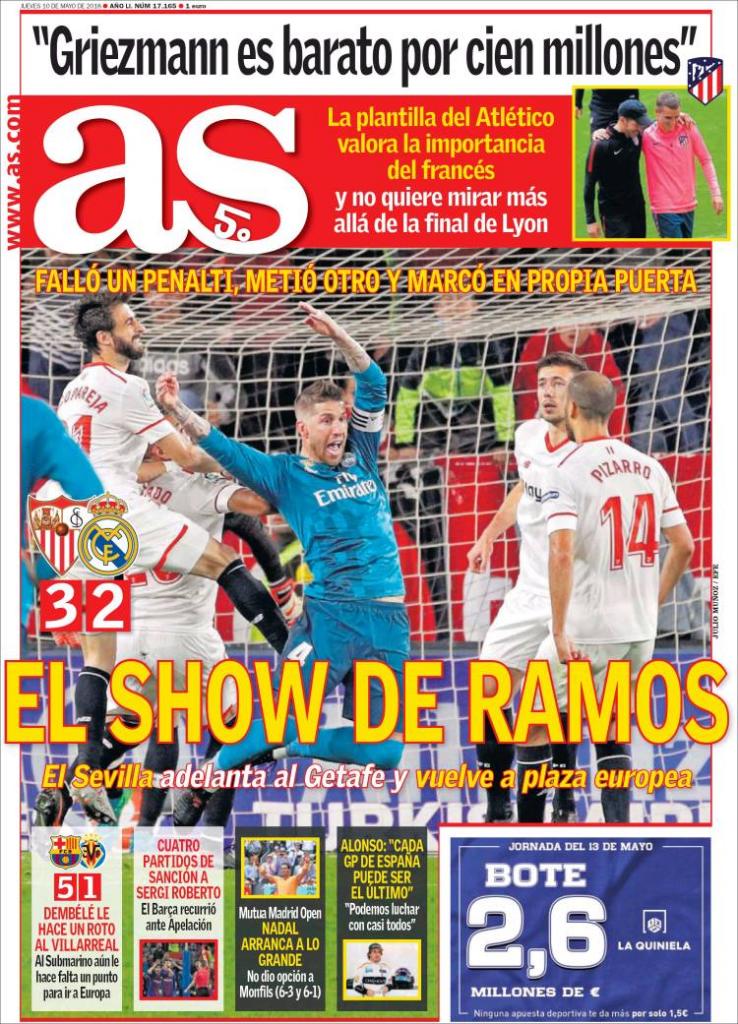 Sevilla overtake Getafe and get back into a European place

They missed a penalty, scored another, and scored in their own goal

The Submarine still need a point to play in Europe 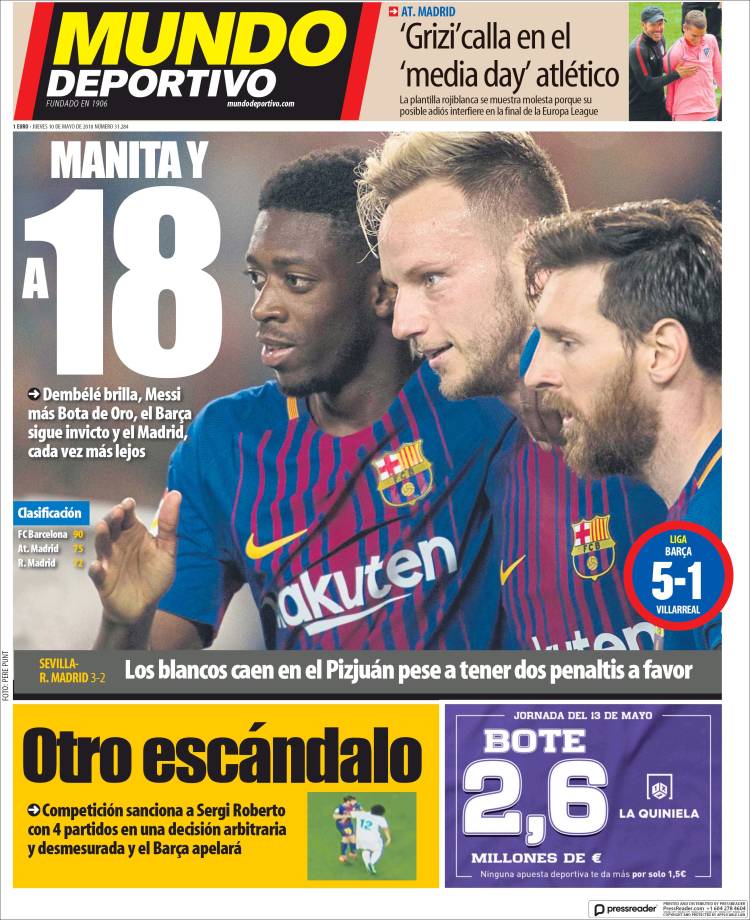 Five-goal haul and to 18

Another scandal… Competition bans Sergi Roberto for four matches with an arbitrary and unreasonable decision, and Barca will appeal