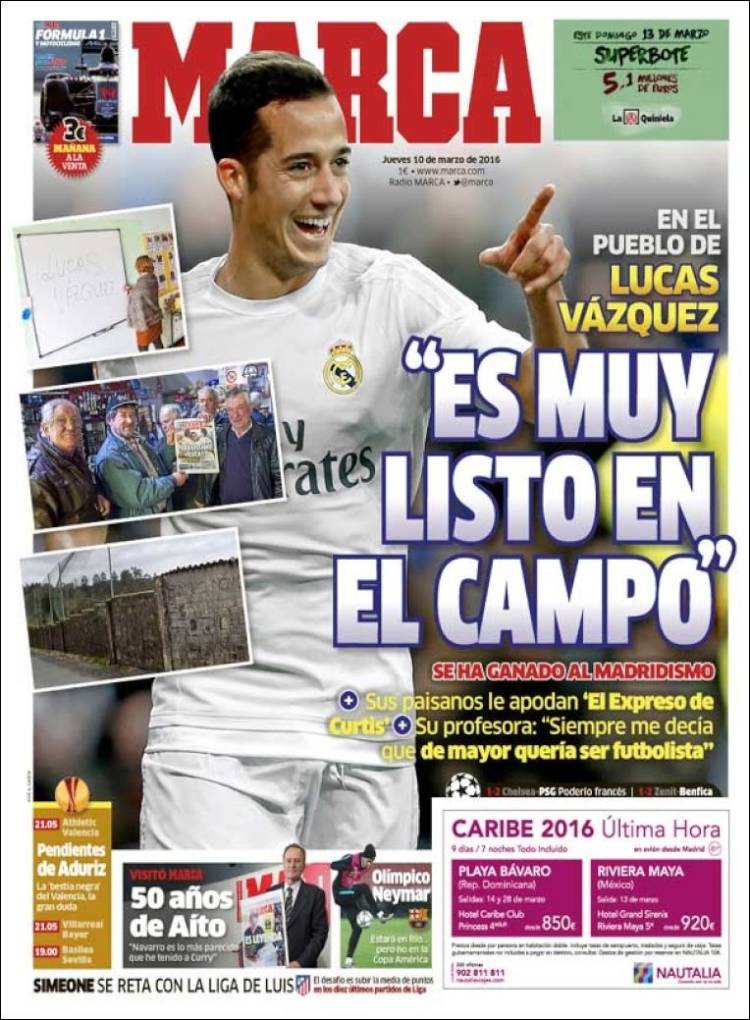 “He is very ready on the pitch”

His countrymen nickname him “The Curtis Express”

His teacher: “He always told me that when he was older he wanted to be a footballer”

Olympic Neymar: he will be in Rio but not at the Copa America

Simeone challenges Luis’ La Liga: the aim is to beat his average points in the last 10 League games 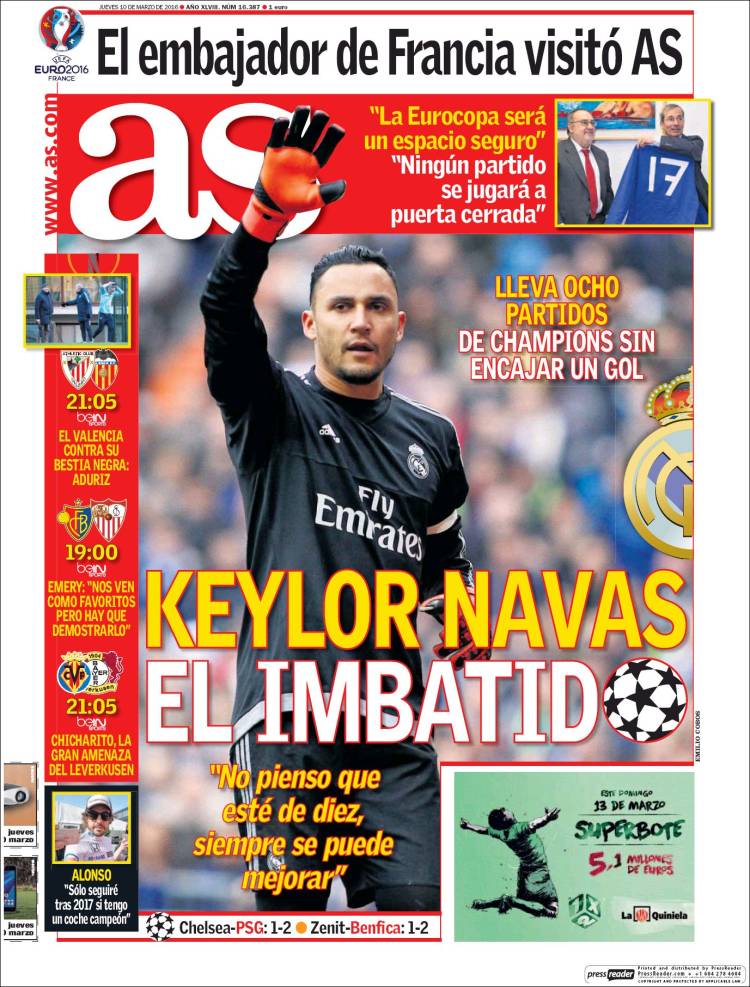 He has played eight Champions League games without conceding a goal

“I don’t think we are on top form, we can always improve”

The French ambassador visited AS

“The European Championships will be a secure zone”

“No match will be played behind closed doors”

Valencia against their ‘Bete Noir’ Aduriz

Emery: “They see us as favourites but we need to show that”

Chicharito the great threat from Leverkusen 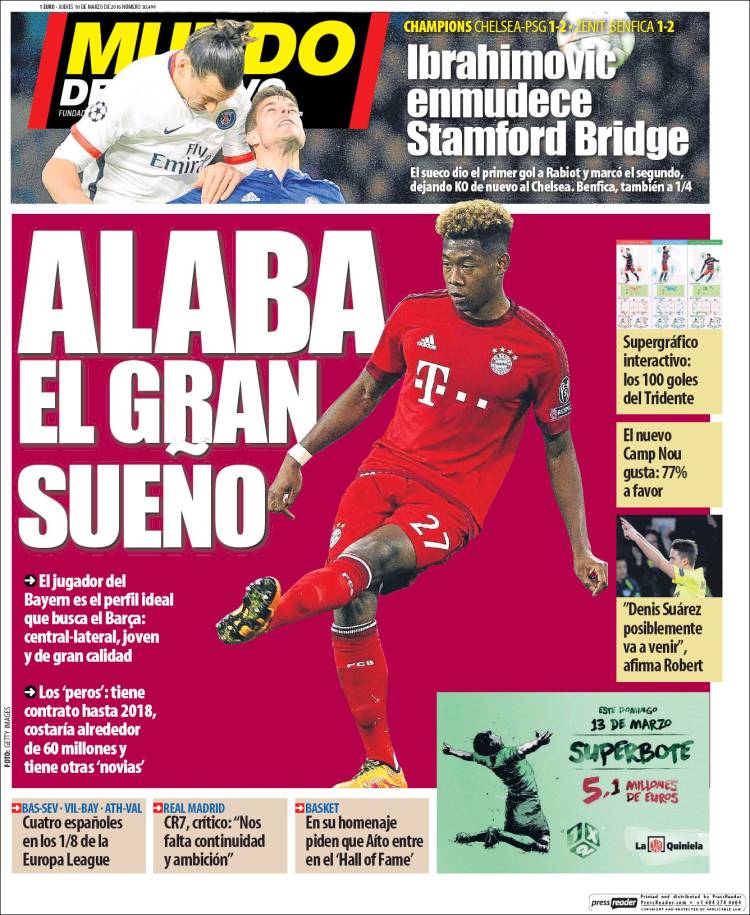 The Bayern player has the ideal profile Barca are looking for: central defender and full-back, young and with great quality

The Swede makes the first goal for Rabiot and scores the second, leaving Chelsea KO’d again

Benfica also into the quarter-finals

Four Spanish teams in the Last 16 of the Europa League