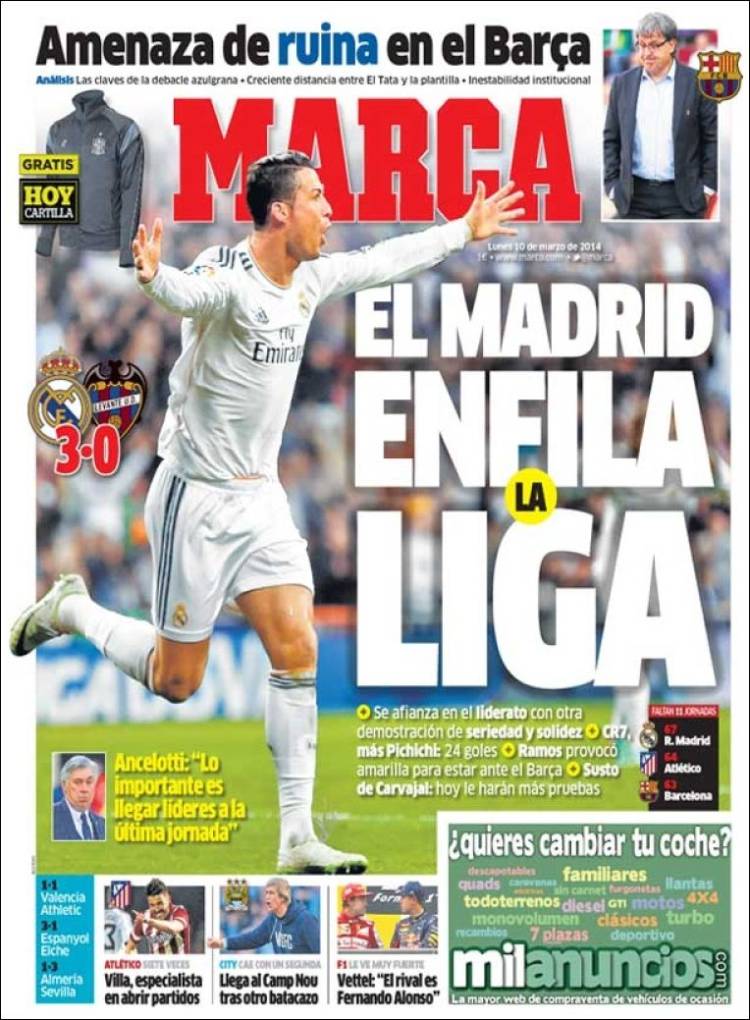 Ancelotti: "The most important thing is to be leaders on the last match day"

Madrid secure top spot after a demonstration of discipline and solidity

CR7 is the Pichichi with 24 goals

Carvajal scare: Today they will test to see the extent of the damage

Threat of ruin at Barca

The keys to the debacle at Barca

Tata and the team are growing apart

Villa, the specialist at opening up games

City arrive at Camp Nou after another shock loss

Vettel: "My rival is Fernando Alonso" 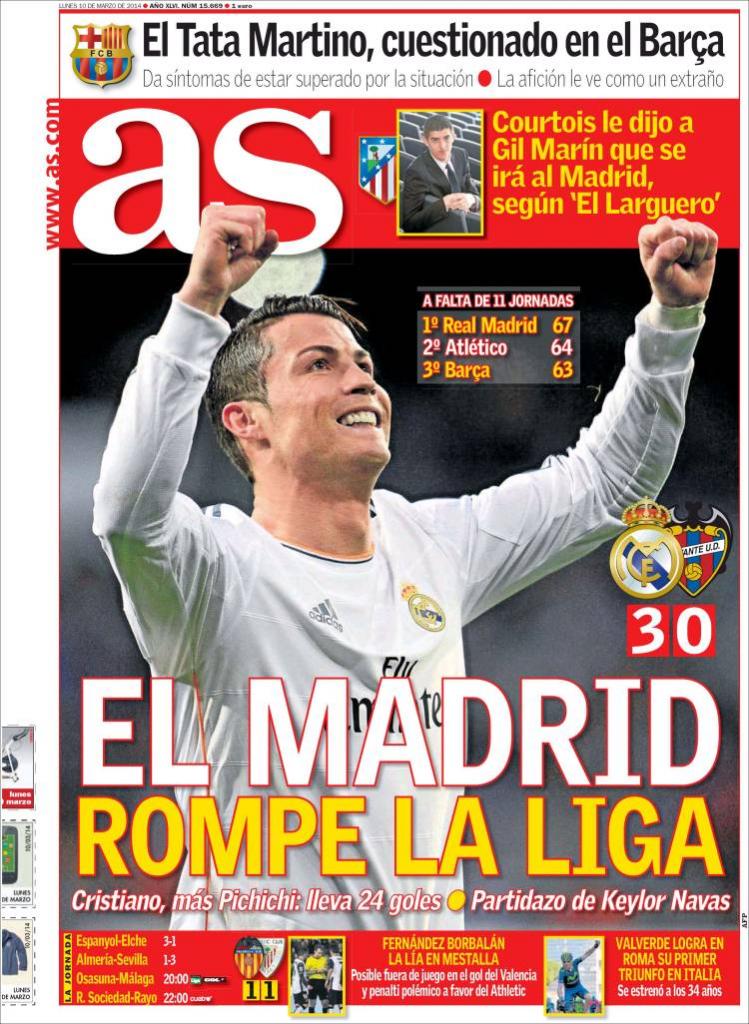 Cristiano is the Pichichi: 24 goals

A great game by Keylor Navas

Courtois said to Gil Marin that he will go to Madrid, according to 'El Larguero'

There are signs that the situation has gone beyond the coach

The fans do not look kindly on him

Valverde wins in Roma his first triumph in Italy 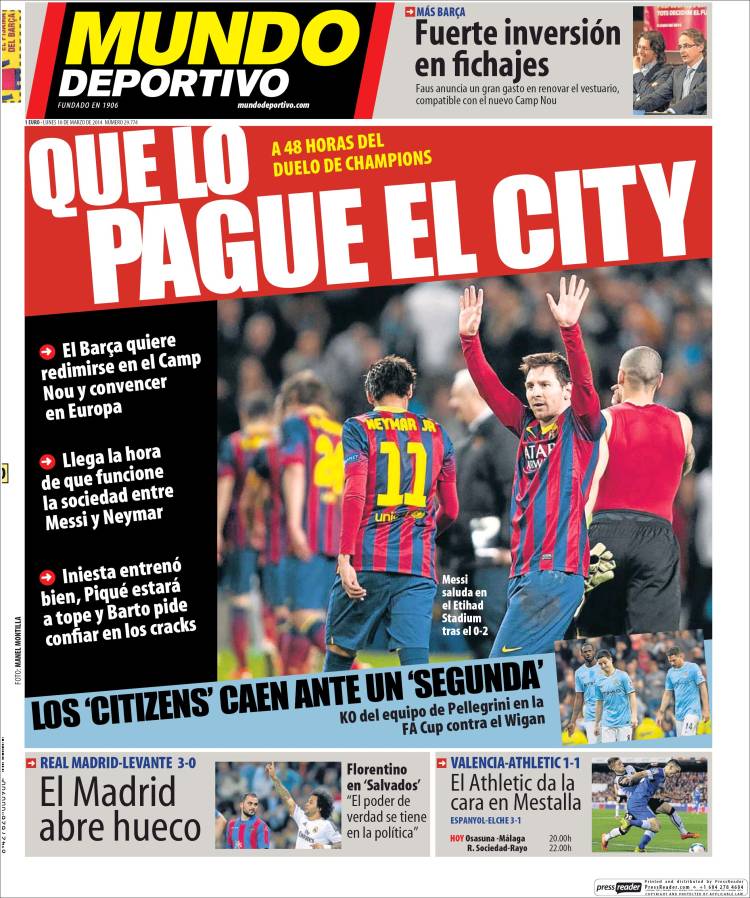 What can City offer!

48 hours to the duel of the Champions

The hour arrives where Messi and Neymar need to work together

Iniesta trained well, Pique will be ready and Barto asks for confidence from the fans

The Citizens fall against a Championship side

Knocked out in the FA Cup by Wigan

Players to be invested in

Faus announces that the club will spend big to renovate the team, along with the development of Camp Nou Nuevo

Florentino en 'Salvados': "The power of truth lies in the political situation"

Athletic show up at Mestalla