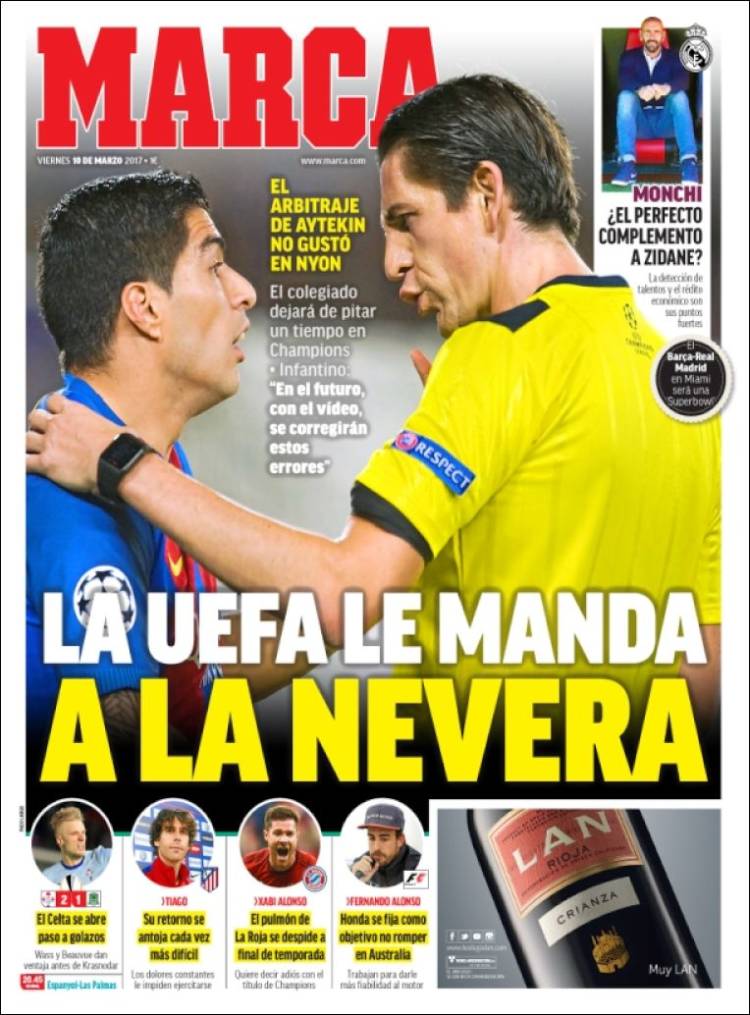 UEFA sends him to the freezer

Infantino: In the future, with video assistance, we can correct these errors

Monchi - the perfect match to compliment Zidane? Detecting targets and doing so economically are his strengths

Xabi Alonso confirms retirement at the end of the season 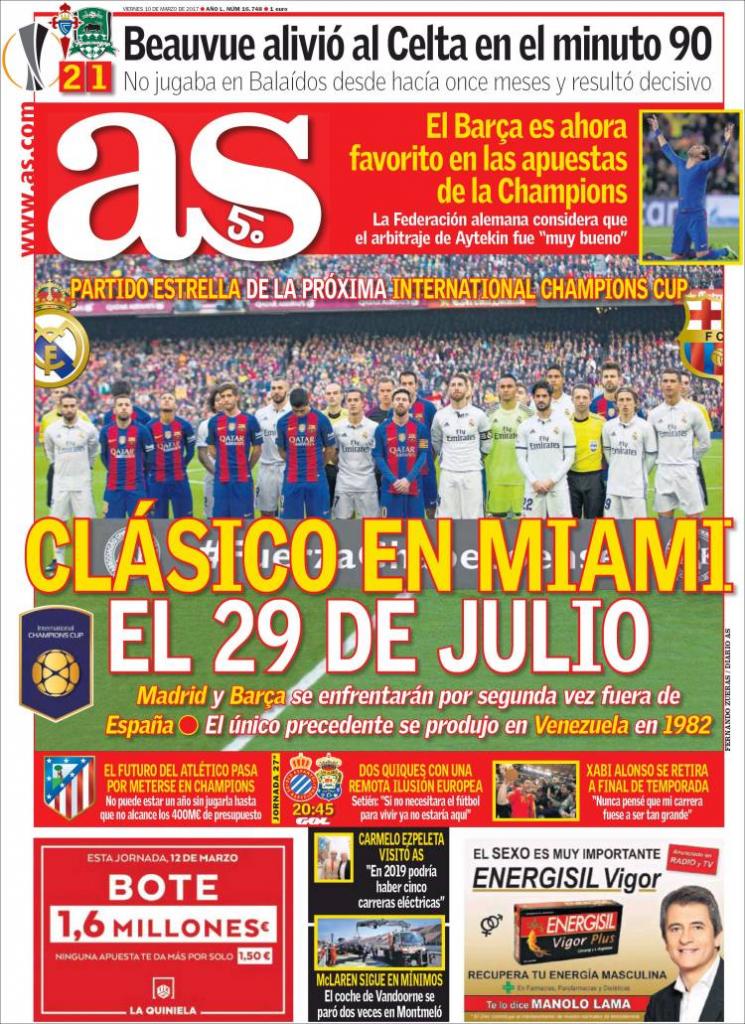 The star attraction in the next International Champions Cup

They will meet for only the second ever time outside Spain, the other was in Venezuela in 1982

Two Quique's with the remote aim of Europe - Espanyol v Las Palmas - Setien: If I didn't need football to live, I wouldn't be here

Xabi Alonso announces retirement at end of season: I never thought my career would be this good 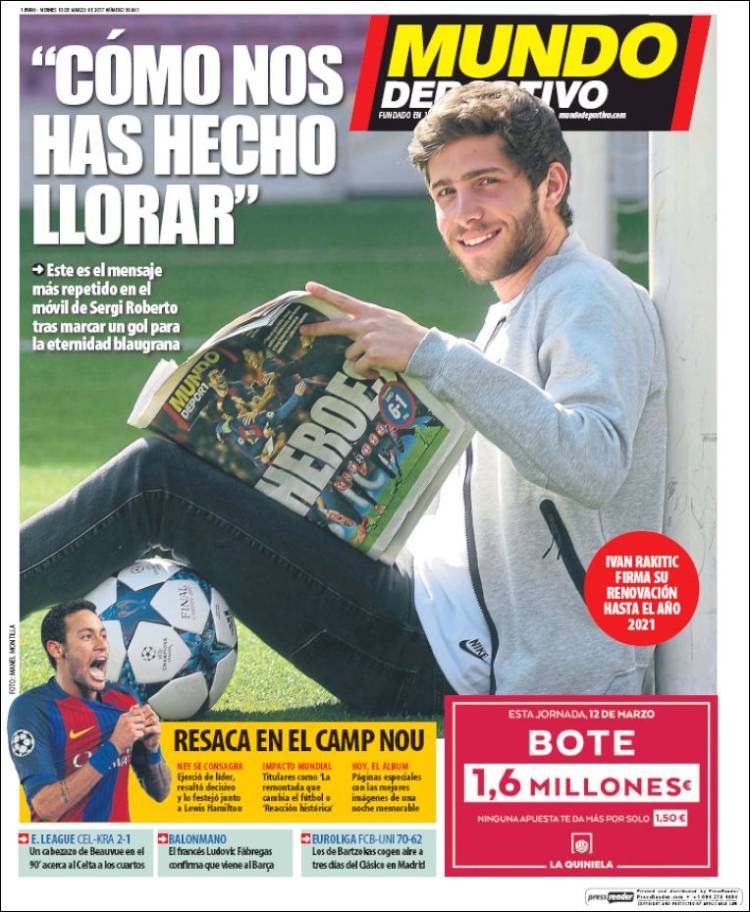 "How did you make us cry"