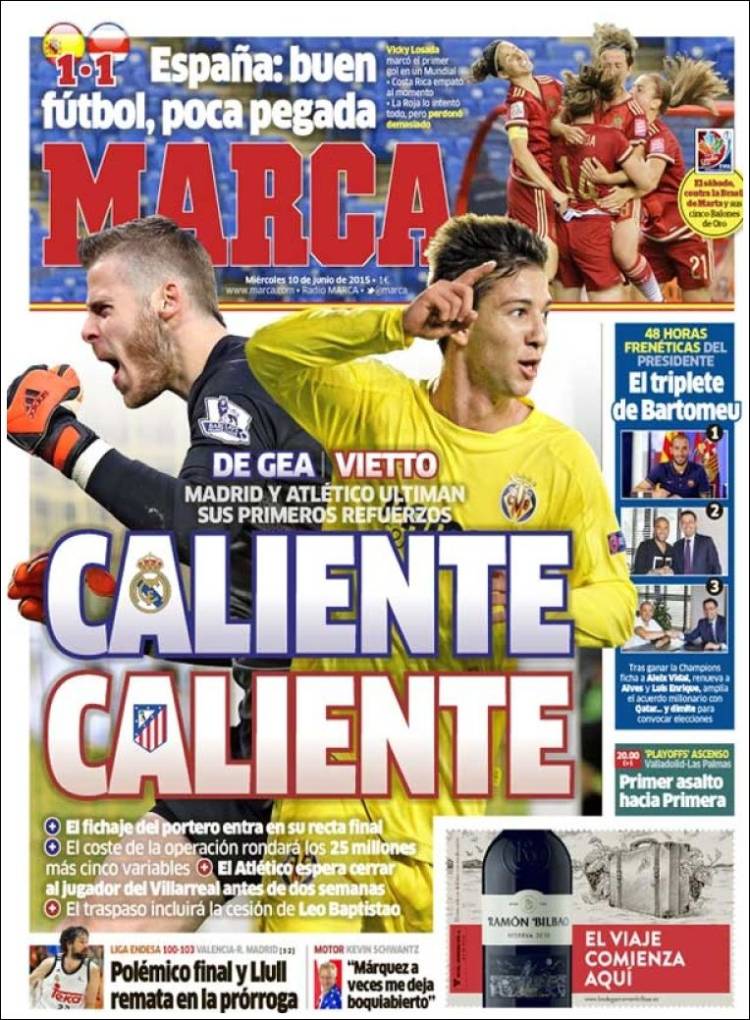 Madrid and Atletico firming up their first reinforcements

The signing of the goalkeeper enters its final stretch

Atletico hope to close the Villarreal player within two weeks

The move will include the transfer of Leo Baptistao

Spain: Good football, not much punch

Vicky Losada scores the first goal at the World Cup

La Roja tried everything, but gave too much away

Frenetic 48 hours for the President

After winning the Champions League, signed Aleix Vidal, renewed Alves and Enrique, agreed a deal for millions with Qatar, and resigned and called elections

First assault on the Primera 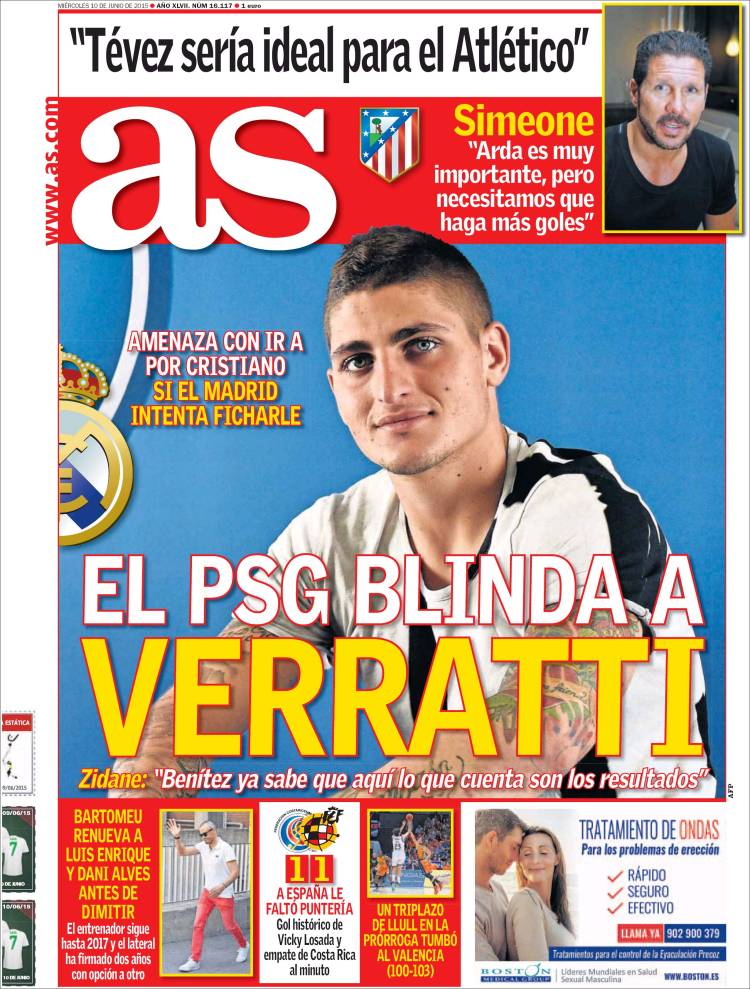 Zidane: Benitez already knows that what counts here are results

“Tevez would be ideal for Atletico”

“Arda is very important, but we need him to score more goals”

Bartomeu renews Luis Enrique and Dani Alves before he resigns 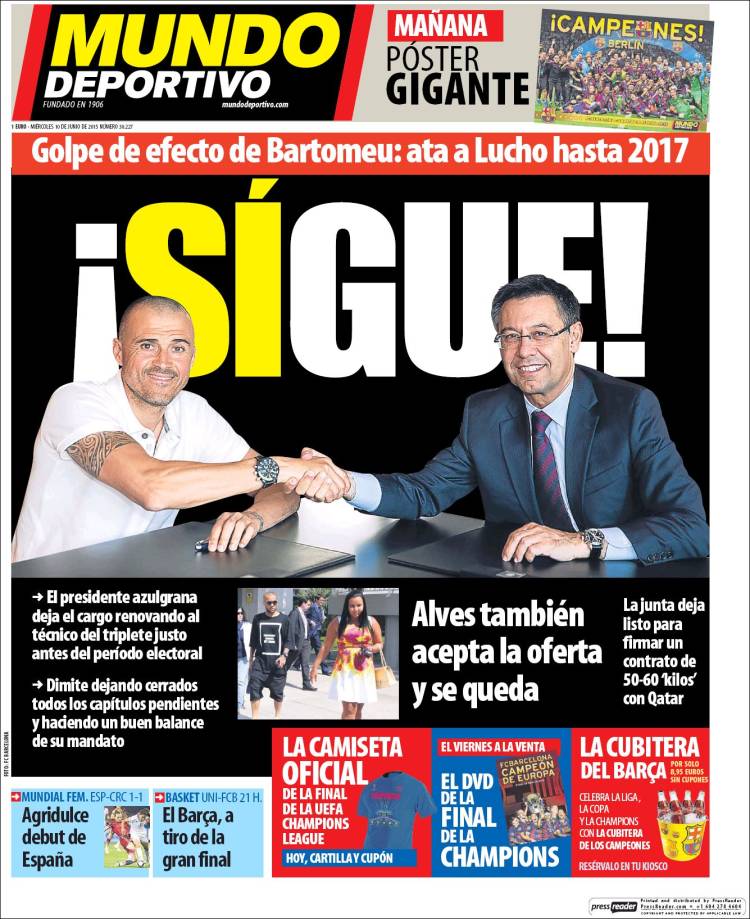