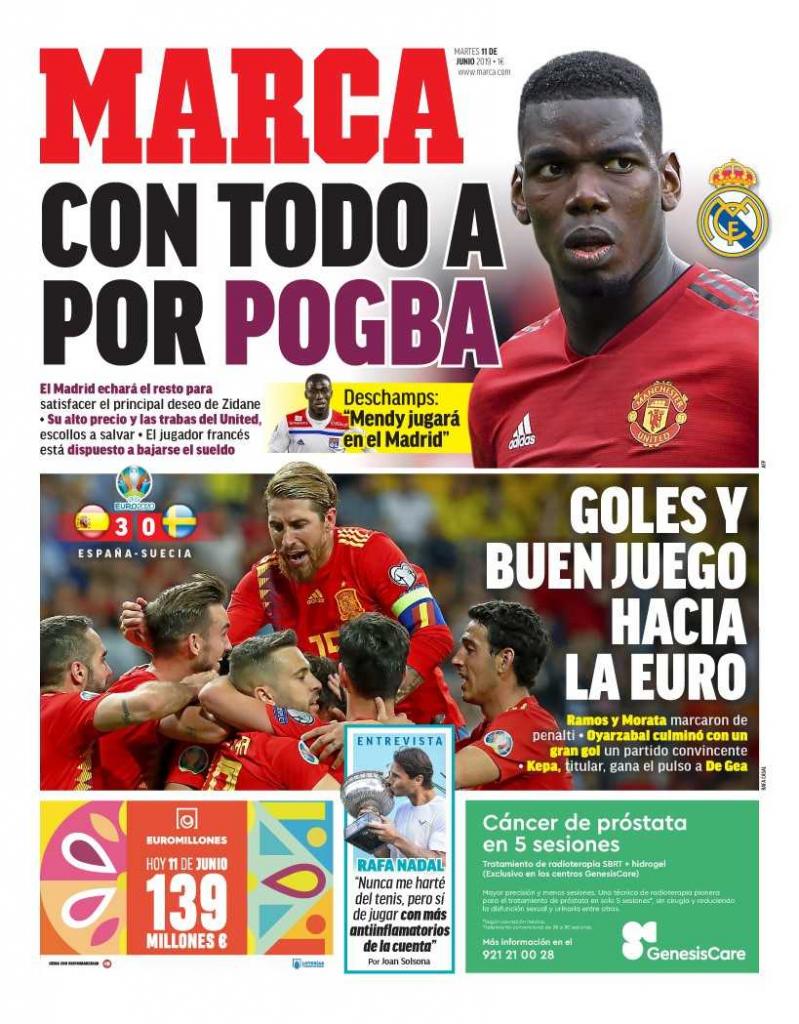 REAL MADRID: EVERYTHING FOR POGBA - Real Madrid will throw everything into getting a deal for Zinedine Zidane's primary transfer target in the coming weeks. However some obstacles do remain in the way, with Manchester United demanding a high fee, but the French international is willing to take a wage cut to seal a move.

SPAIN: Goals and a Good Performance, as Spain edge closer to Euro 2020 qualification. Sergio Ramos and Alvaro Morata both netted penalties, with Mikel Oyarzabal scored his first ever goal for Spain, as Kepa starts in goal in front of David De Gea. 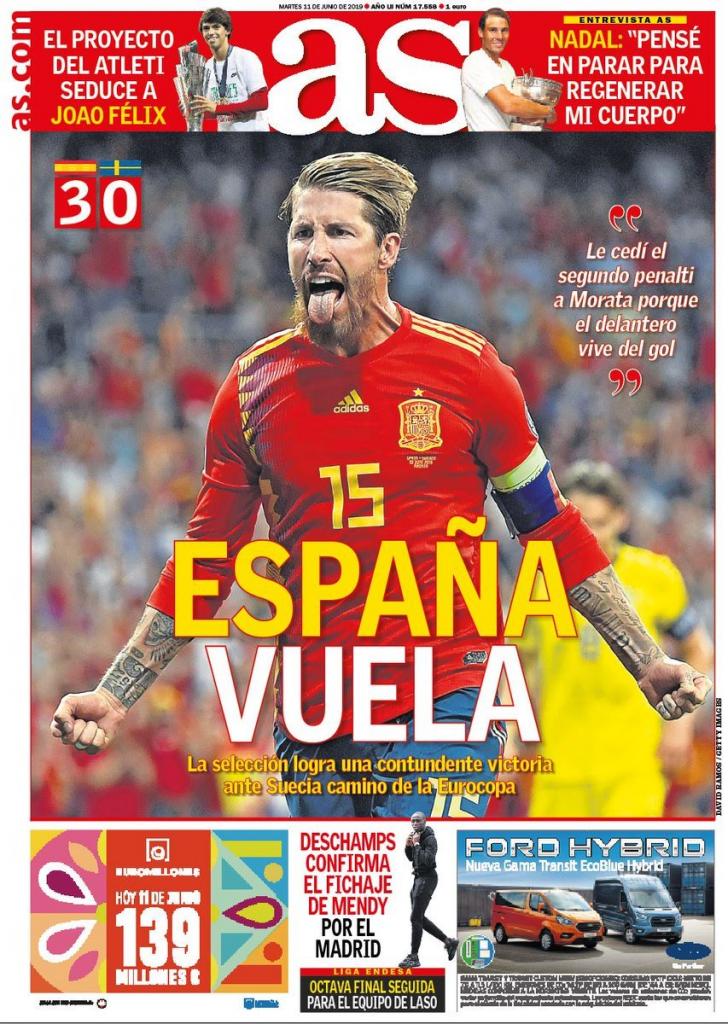 SPAIN: Sergio Ramos "I gave Alvaro Morata the second penalty, as he needed a goal." 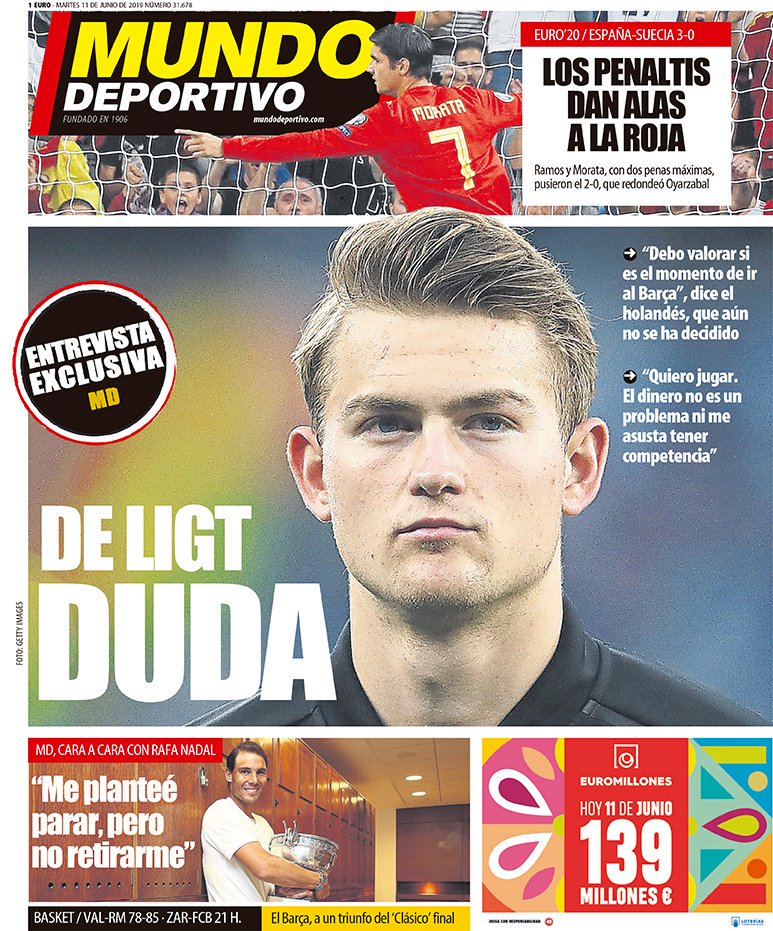 FC BARCELONA: De Ligt IN DOUBT - "I must assess if this is the right time to go to Barcelona", states the undecided Dutch international

FC BARCELONA: De Ligt IN DOUBT - "I want to play, money is not an issue, and I am not scared of the challenge of strong competition".

SPAIN: Penalties Give Wings to La Roja - Penalties from Sergio Ramos and Alvaro Morata made it 2-0 to Spain, before Mikel Oyarzabal rounded off the game with his first international goal.