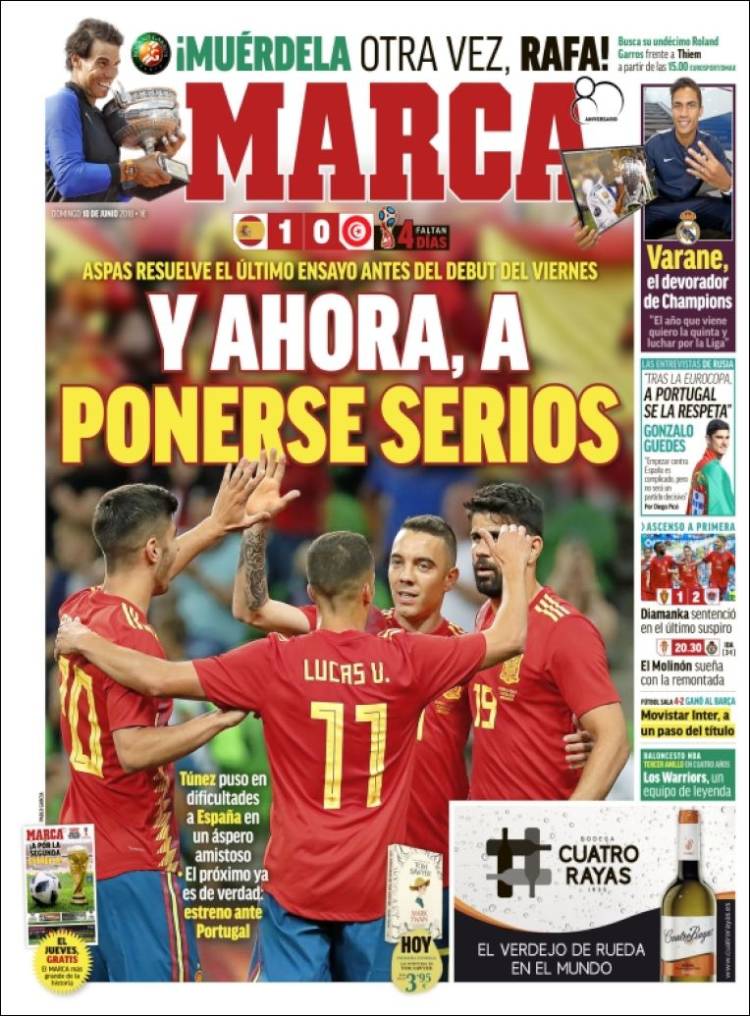 Now it's time to get serious

Tunisia put Spain under difficulty in a flaky friendly

The next one is the real thing: the premiere against Portugal

"After the Euros, Portugal deserve respect"

Diamanka wins it with the last breath

El Molinon dreams of the comeback 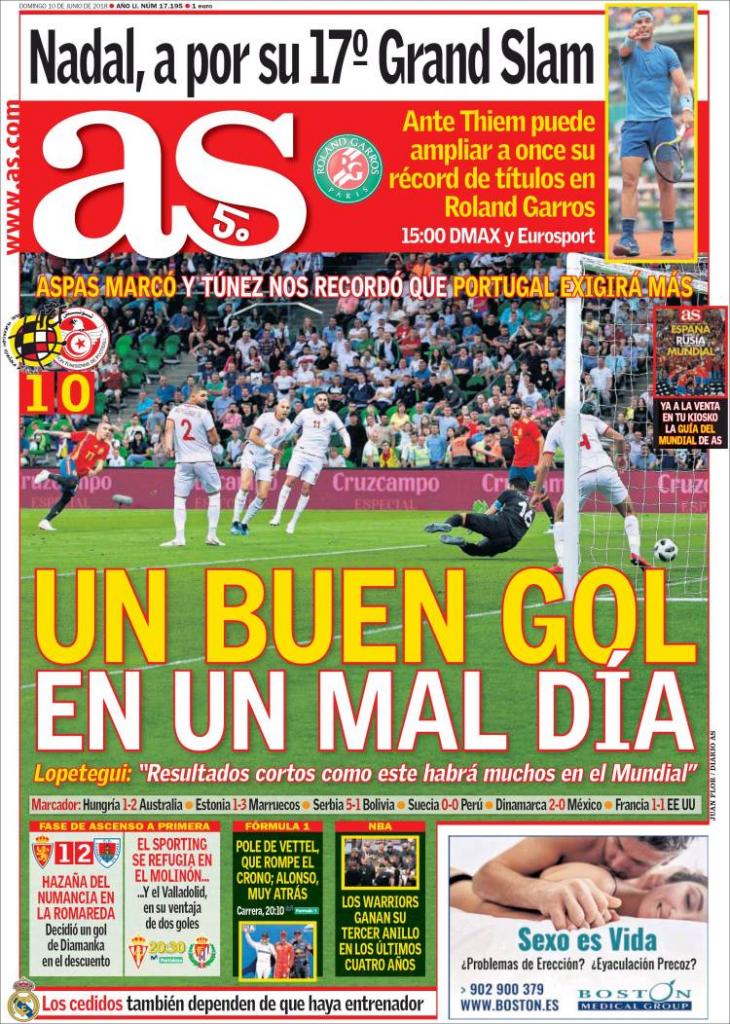 A good goal on a bad day

Lopetegui: "Tight results like this will happen often at the World Cup"

Decided by a goal from Diamanka in stoppage time

... And Valladolid take a two-goal lead

Madrid sales depend on there being a Coach 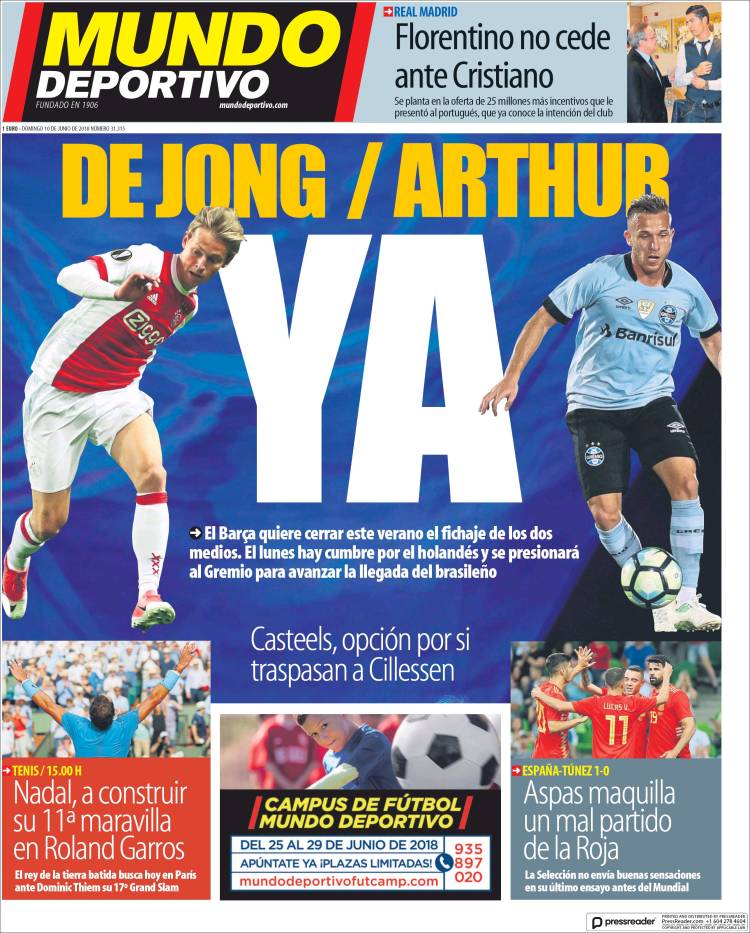 Florentino will not cower to Cristiano

Barca want to close deals for the two midfielders this summer

There is a meeting on Monday for the Dutchman, while Gremio will be pressured into bringing the Brazilian's arrival forward