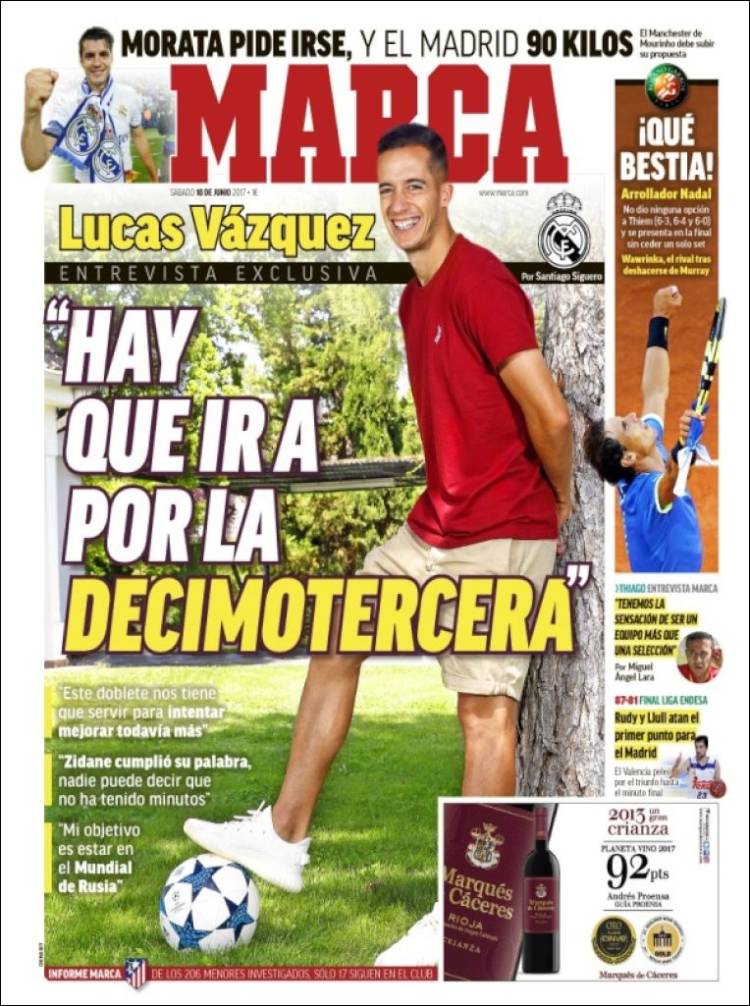 “We have to go for La Decimotercera [the Thirteenth]”

“This double must serve for us to improve even more”

“Zidane stuck to his word, no-one can say they didn’t get any minutes”

“My goal is to be at the World Cup in Russia”

Morata asks to leave, and Madrid [ask for] €90m

Mourinho’s Manchester must raise their offer

Of the 206 Atleti minors investigated, only 17 remain at the club

“We feel more like a club team than a selection” 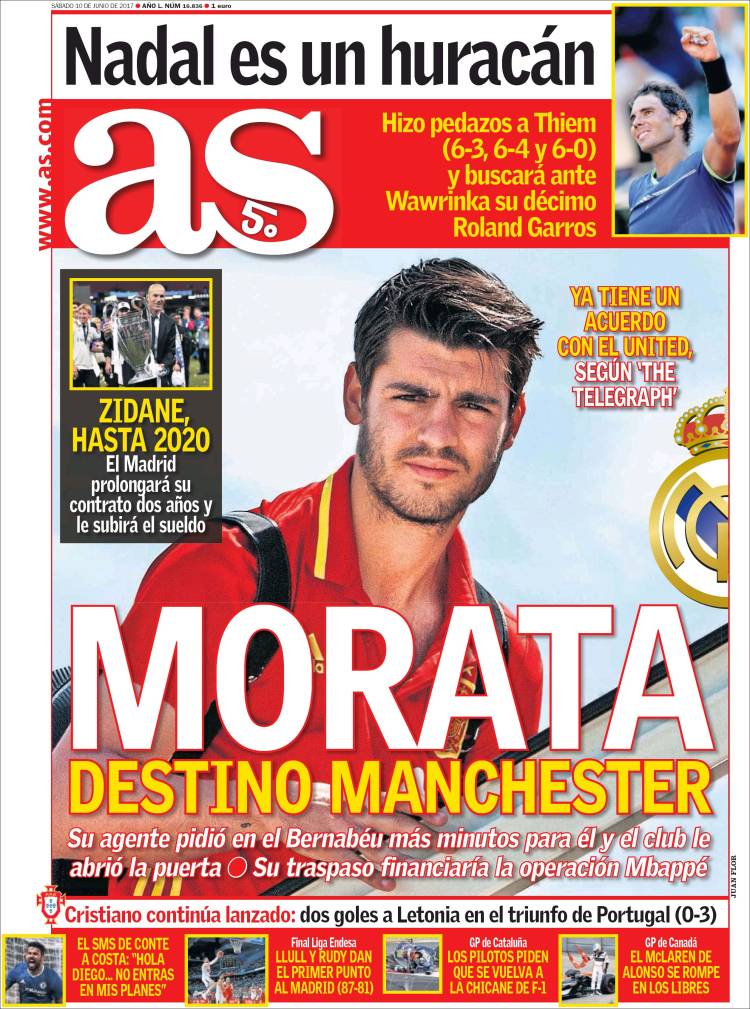 He already has an agreement with United, according to the Telegraph

His agent asked for him to get more minutes at the Bernabeu, and the club opened the door [to his departure]

His transfer would finance ‘Operation Mbappe’ 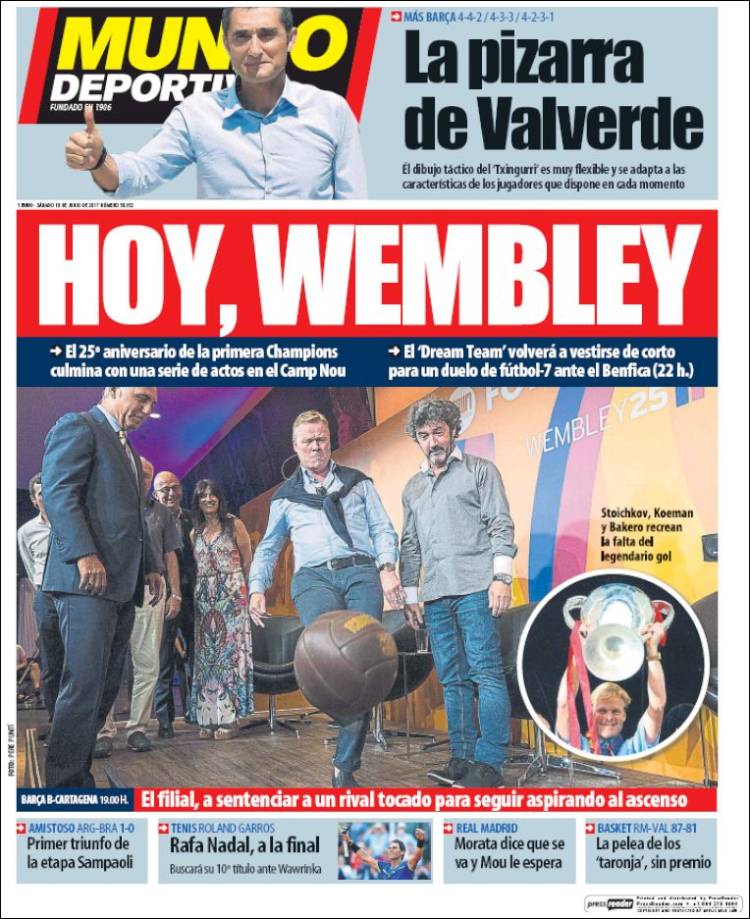 The ‘Dream Team’ will don their kits again for a seven-a-side match against Benfica (21:00 BST)

First win of the Sampaoli era

Morata says he is leaving and Mou is waiting