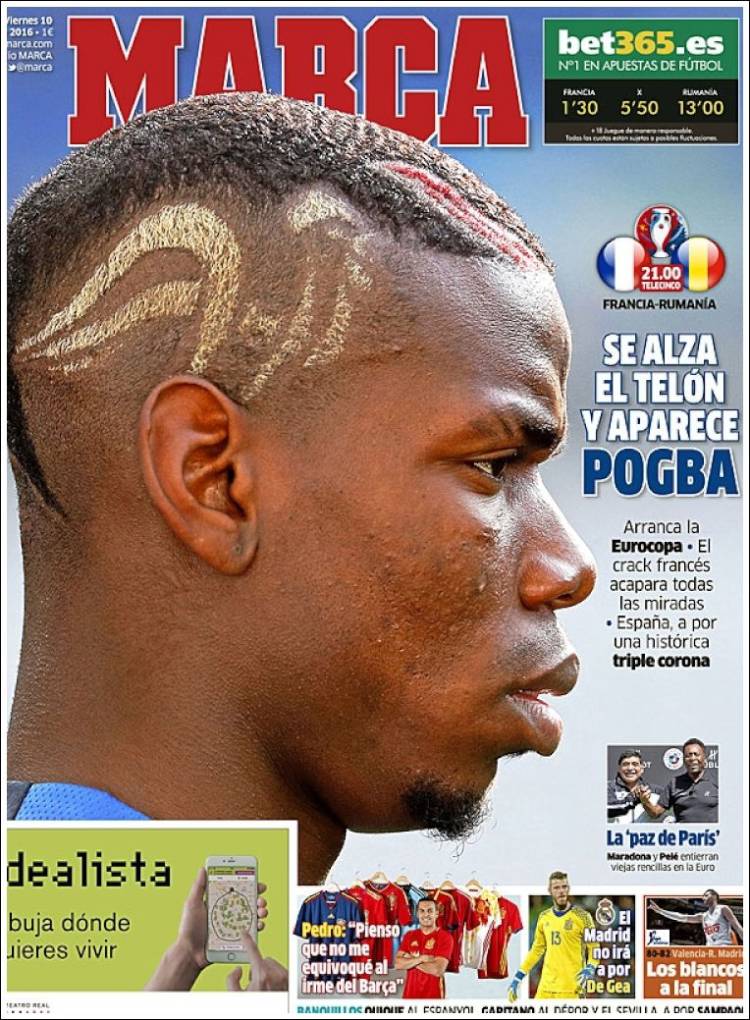 The curtain rises and Pogba appears

The European Championship kicks off

The France star monopolises all the attention

Maradona and Pele bury old grudges for the Euros

Madrid will not go for De Gea

Pedro: “I think I was right to leave Barca” 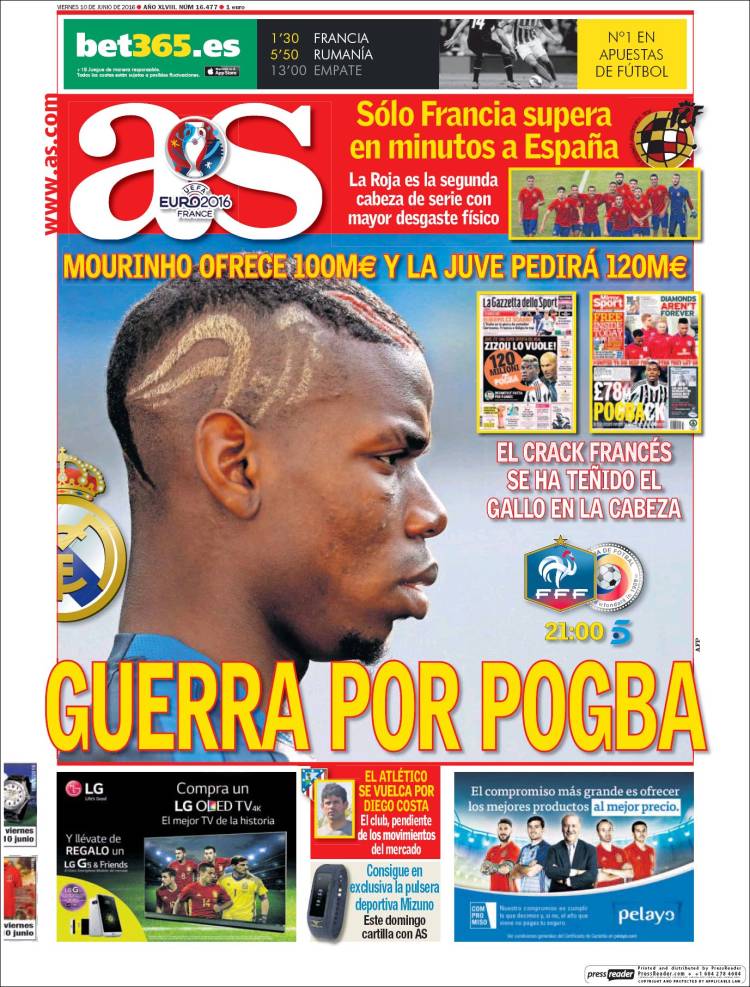 The France star has had a cockerel on his head

Atletico go out of their way for Diego Costa

The club are thinking about market movements 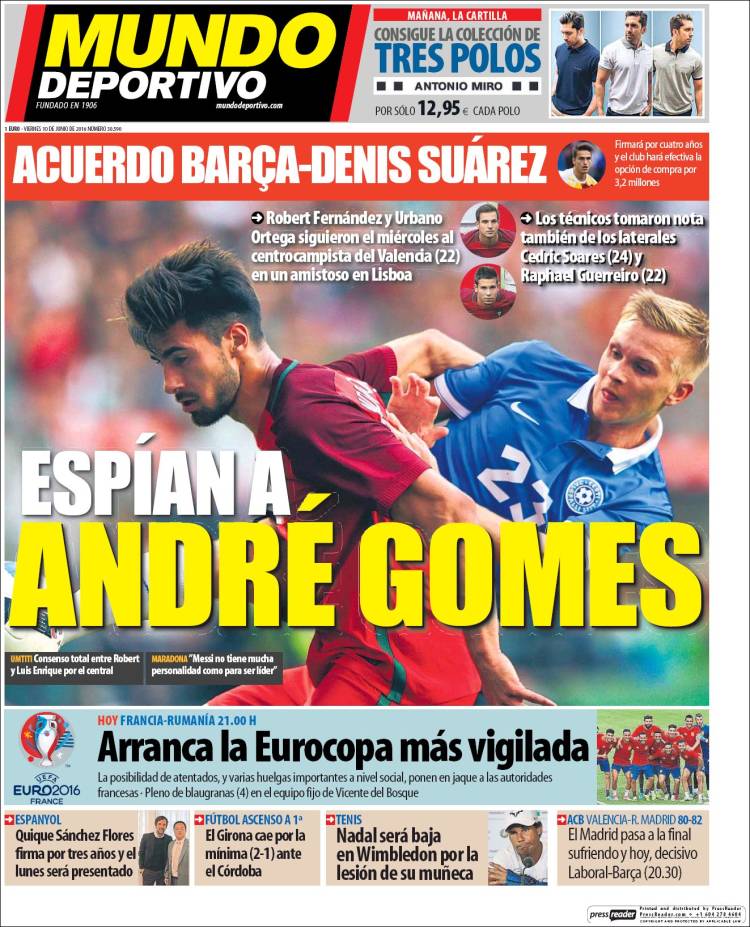 They spy on Andre Gomes

Umtiti, full consensus between Robert and Luis Enrique for the centre-back

Maradona: “Messi doesn’t have enough personality to be a leader”

Agreement between Barca and Denis Suarez

He signs for four years and the club will activate their option of signing him for €3.2m