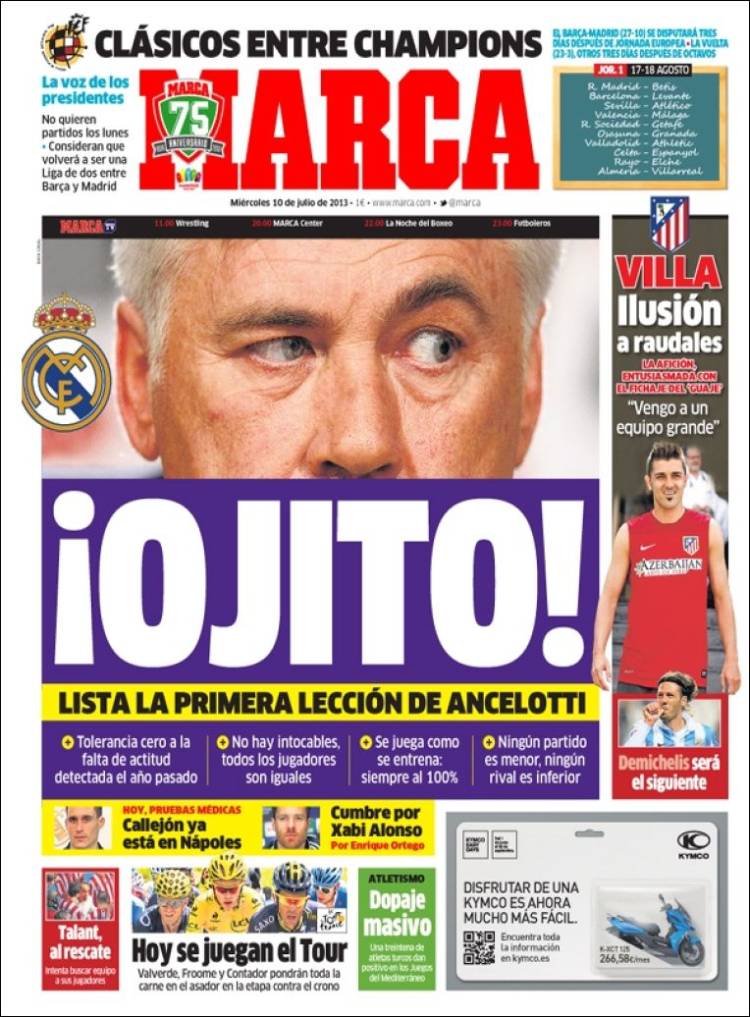 Look out! Ancelotti ready for the first lesson

Zero tolerance to the lack of attitude detected last year

Nobody is untouchable, all players are equal

They will play as they train: always at 100 per cent

No game is lesser, no opponent inferior

Clasicos between champions: Barca-Madrid (27-10) will be played three days after a European fixture

The voice of the Presidents: They don’t want Monday games and consider it will again be a two-team La Liga with Madrid and Barca

Villa excitement in abundance. The fans are enthused with the signing of El Guaje

“I’m coming to a great team”

Callejon is now in Napoli 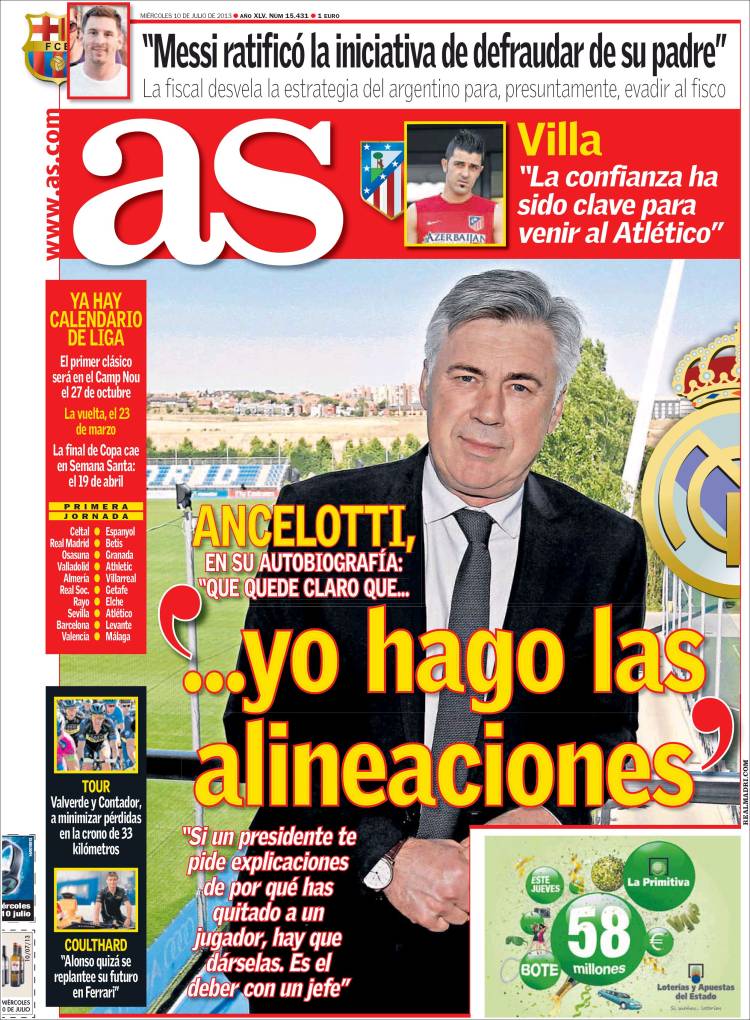 Ancelotti in his autobiography: “Let me make it clear that I pick the team”

“If a President asks you for an explanation why you’ve left a player out, you must give him one. It’s a boss’s duty”

The prosecutor reveals the Argentine’s strategy to, presumably, avoid tax

Villa: “Confidence was key in coming to Atletico”

The first Clasico will be at the Camp Nou on October 27, the return March 23 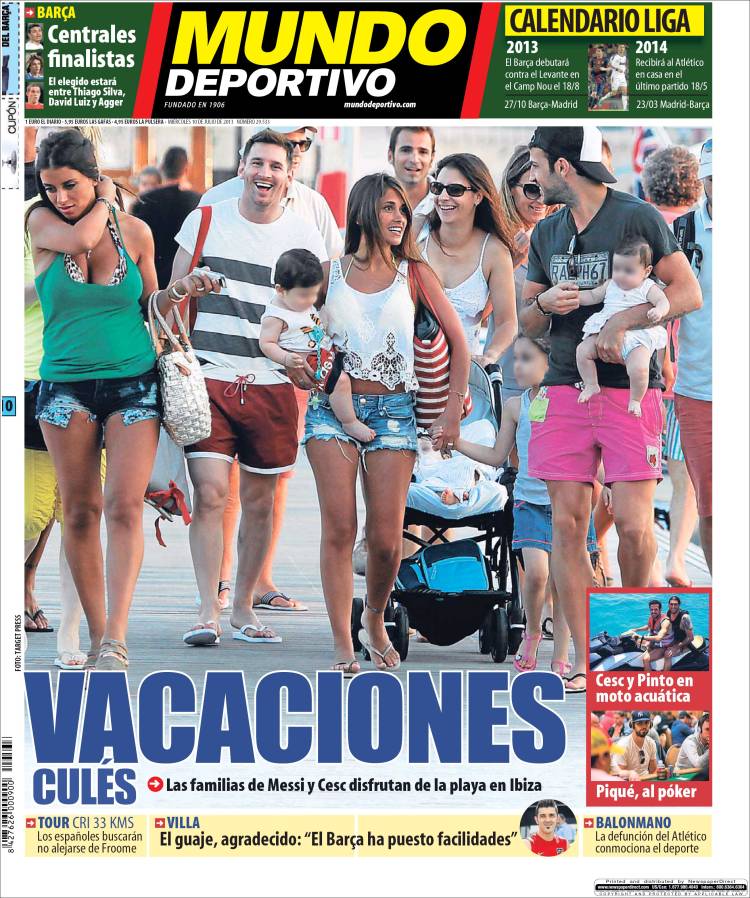 Cule holidays: the families of Messi and Cesc enjoy the beach in Ibiza

Cesc and Pinto on a jet-ski

The centre-back finalists – the chosen one will be between Thiago Silva, David Luiz and Agger