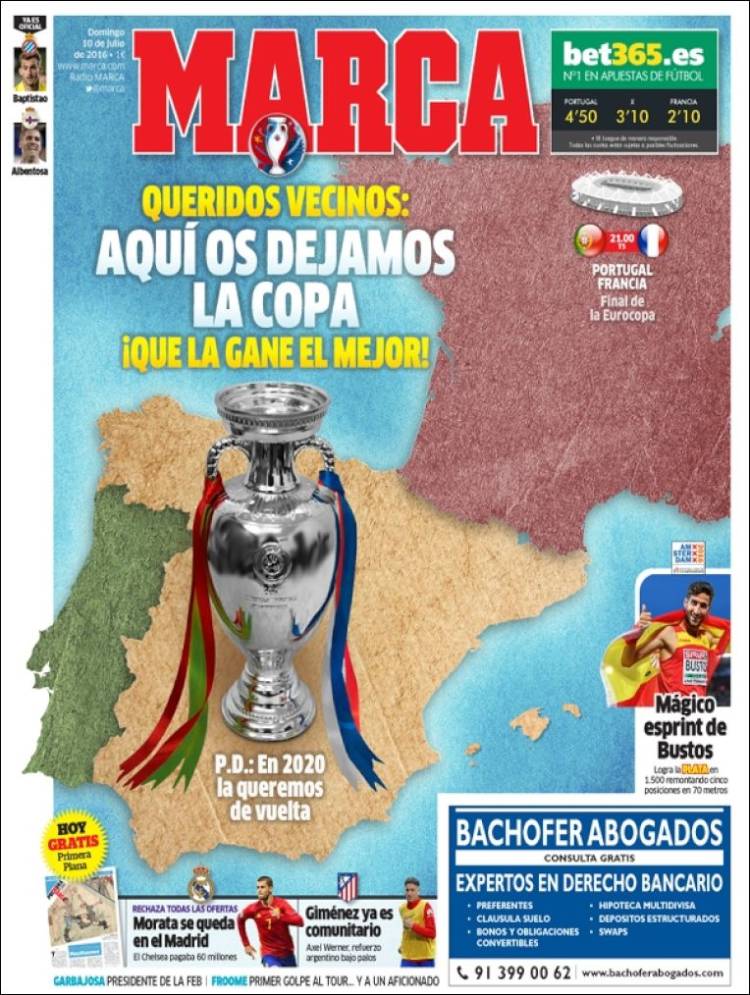 Here we leave you the cup

May the best team win!

They reject all offers 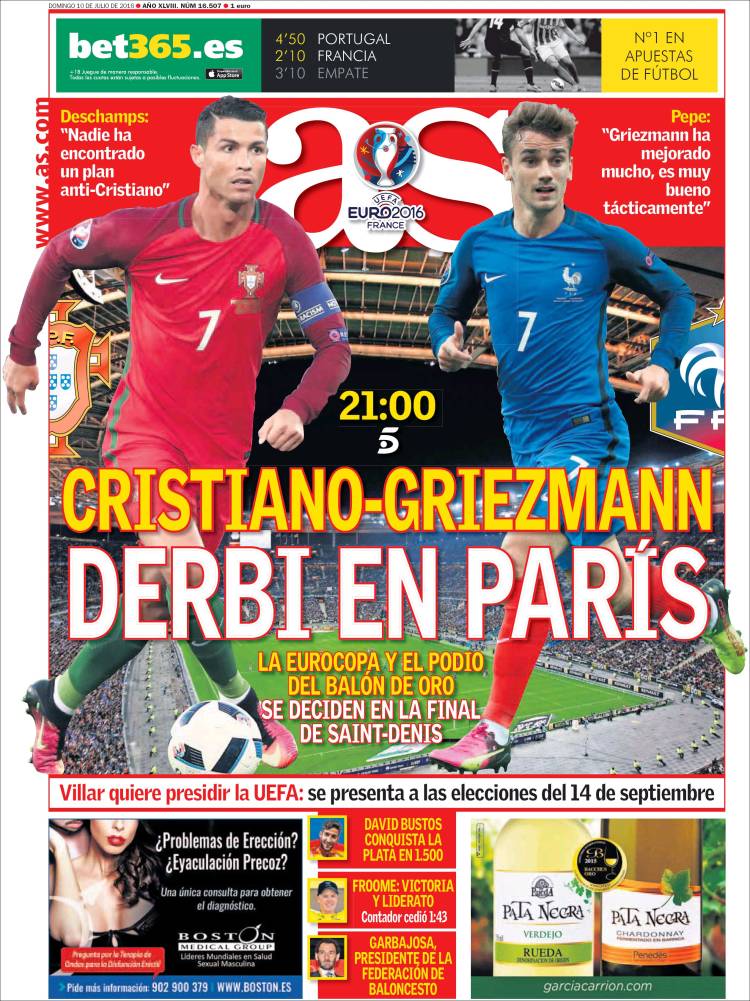 Both are decided in the Saint-Denis final

Deschamps: “No-one has found an anti-Cristiano plan yet”

Villa wants to preside UEFA: he will stand in the elections on September 14 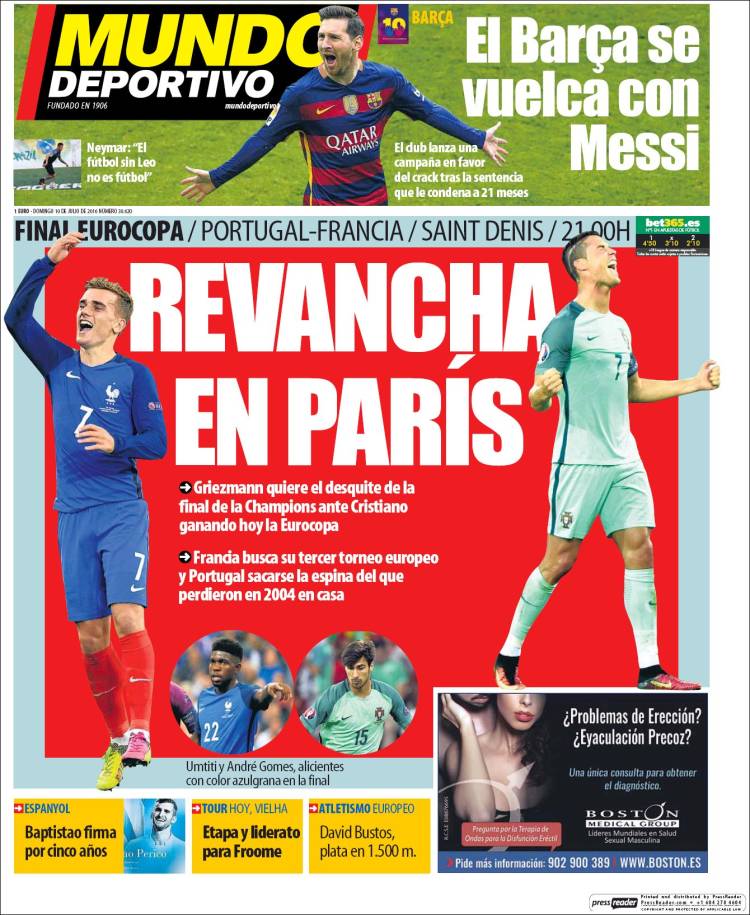 Umtiti and Andre Gomes, Blaugrana attractions in the final

Barca side with Messi