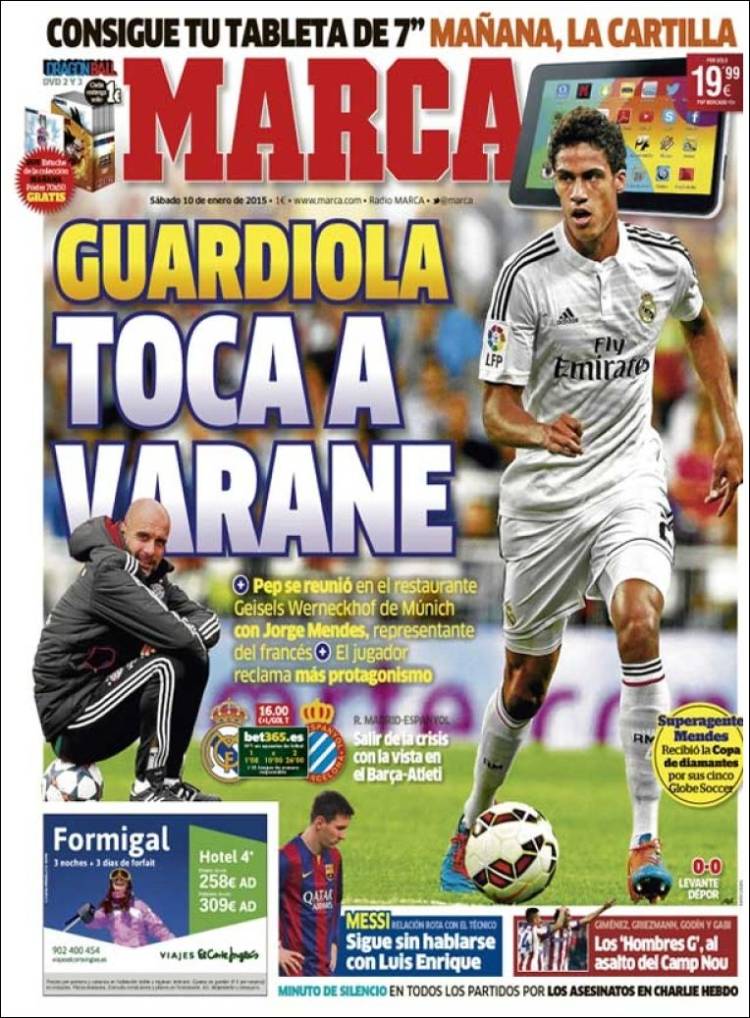 Super-agent Mendes: he receives the Cup of Diamonds for his five Globe Soccers

Real Madrid-Espanyol: to emerge from the crisis with eyes on Barca-Atleti

Messi: his broken relationship with the Coach; he continues not speaking to Luis Enrique 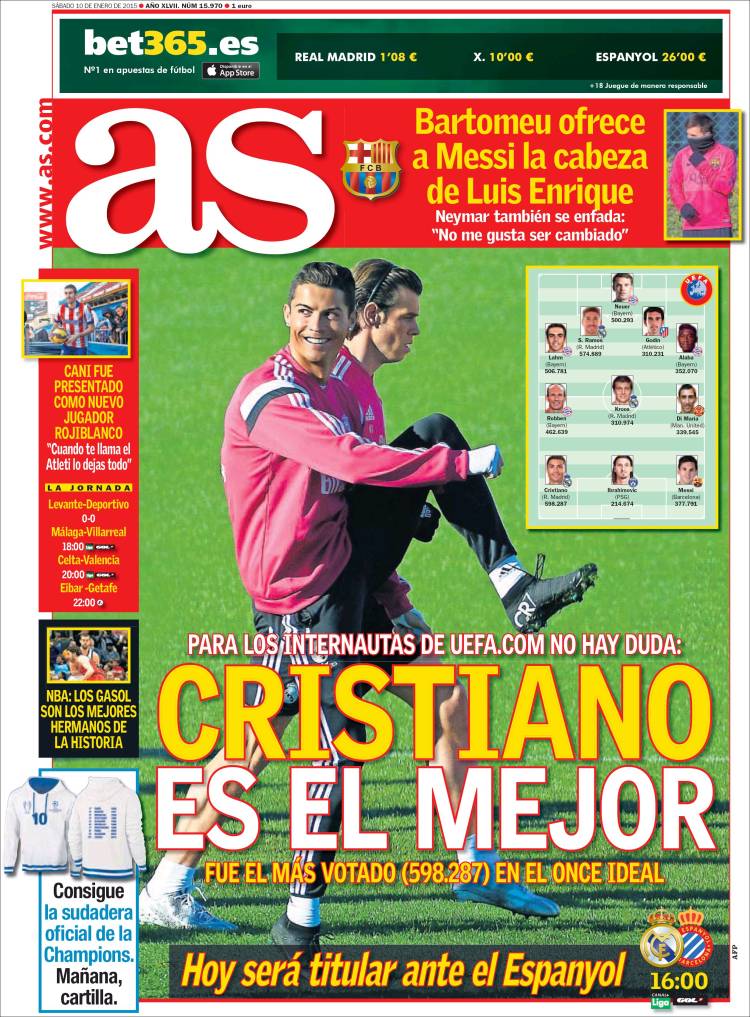 For the UEFA.com users there is no doubt: Cristiano is the best

Today he will be in the starting line-up against Espanyol

Neymar is also angry: I don’t like to be substituted”

Cani was presented as a new Rojiblanco player

“When Atleti call you leave everything behind” 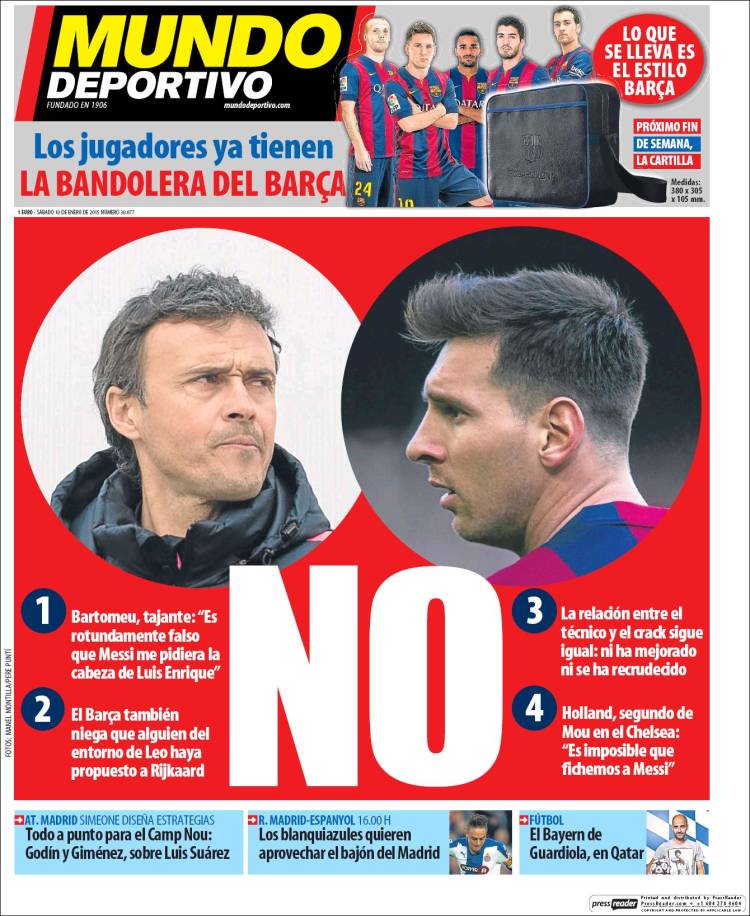 1. Bartomeu, emphatic: “It is patently false that Messi asked me for the head of Luis Enrique”

2. Barca also deny that anyone surrounding Leo has made a proposal to Rijkaard

3. The relationship between the Coach and the star is still the same: it has neither improved nor worsened

4. Holland, Mourinho’s No 2 at Chelsea: “It’s impossible for us to sign Messi”

Everybody ready for the Camp Nou: Godin and Gimenez, on Luis Suarez