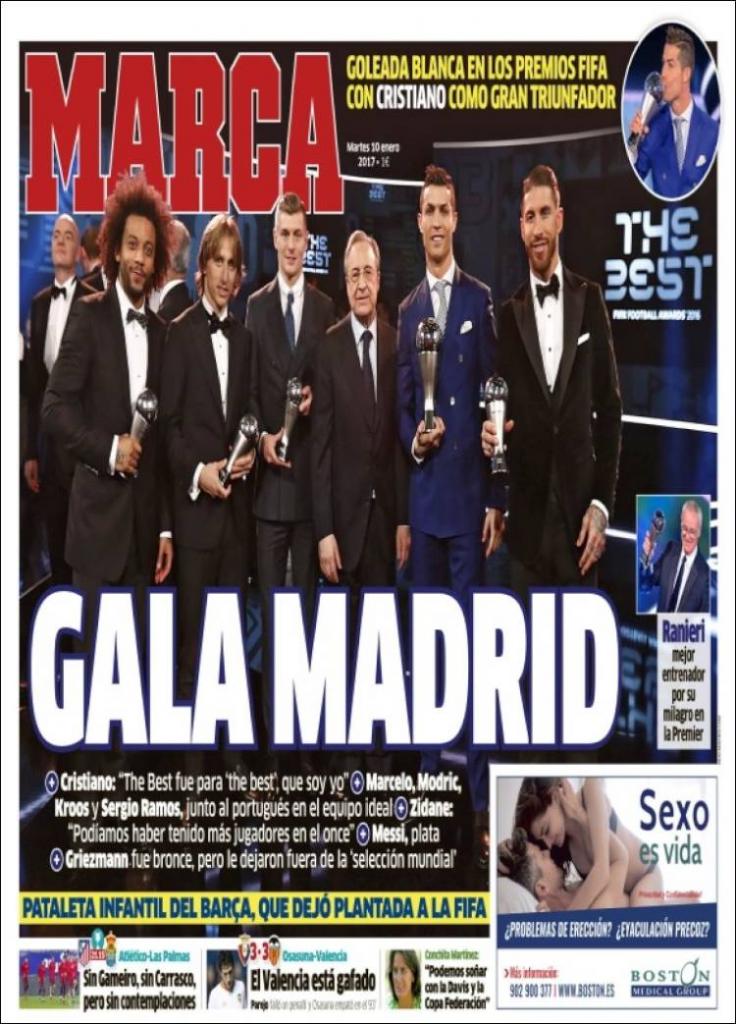 Cristiano: 'The Best' went to the best, it's me

Zidane: We could have had more players in the XI

Griezmann third but is left out of team of the year

Ranieri wins coach of the year after winning Premier League

Without Griezmann, without Gameiro, but without contemplations - Atletico v Las Palmas

Valencia is out of luck 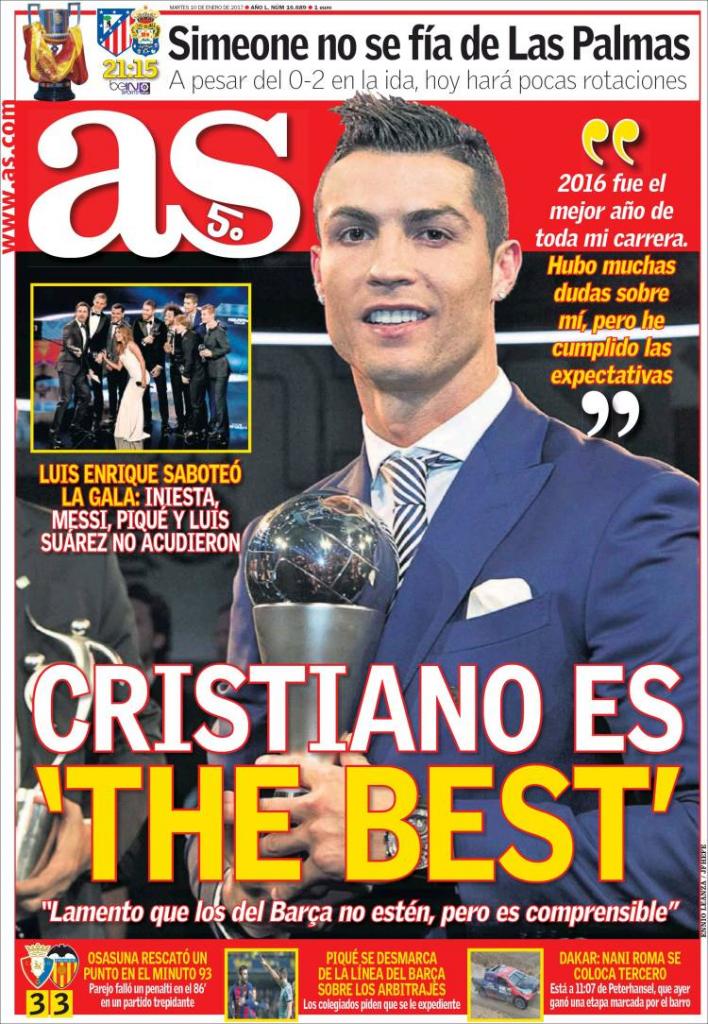 Cristiano is 'The Best'

'2016 was the best year of my career. There were many doubts about my, but I met my expectations'

'I regret Barca are not here, but it is understandable'

Simeone does not credit Las Palmas - after winning the first leg 2-0, he will make a lot of rotations 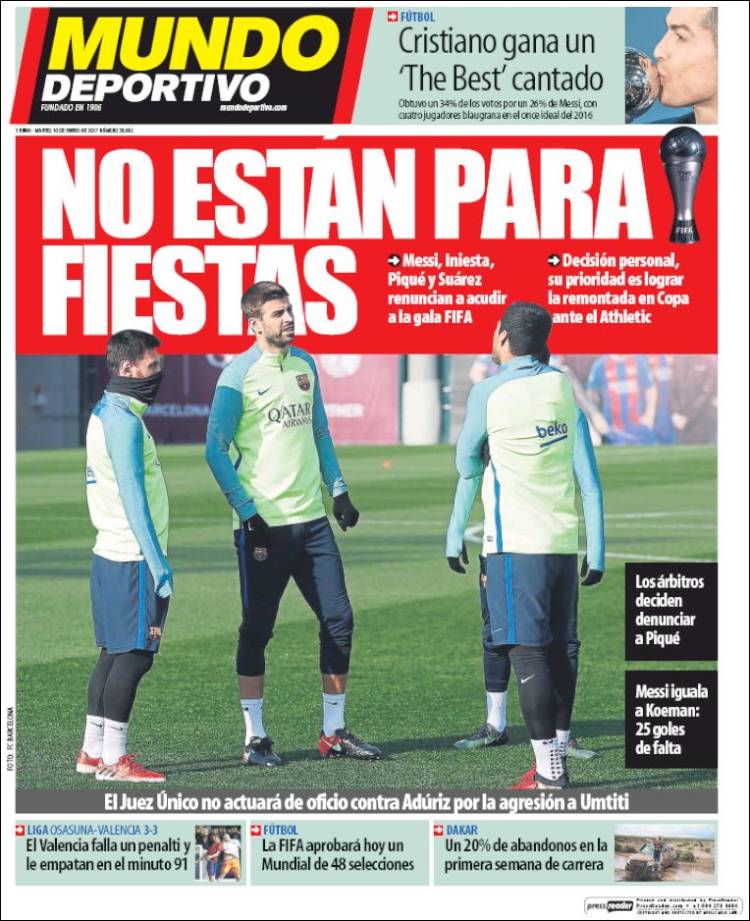 They aren't there for parties

The referees denounce and question Pique

No action on Aduriz's aggression against Umtiti

Valencia miss a penalty and concede in the 93rd minute

FIFA to vote on expanding World Cup to 48 teams