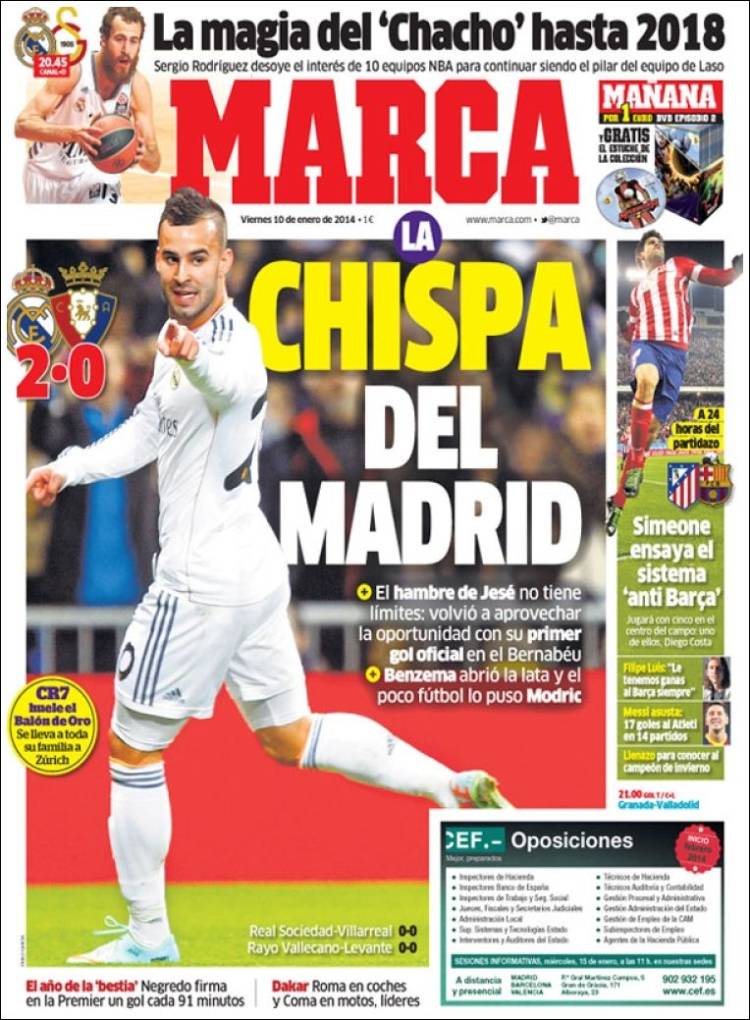 The Spark of Madrid

The hunger of Jese has no limits: He return to take advantage of the chance given to him by scoring his first goal at the Santiago Bernabeu

Benzema opened the scoring while Modric went about playing football

CR7 can smell the Balon d'Or

He is taking all his family to Zurich

Simeone tests out his 'anti-Barca' system

Filipe Luis: "We have great enthusiasm to meet Barca as always"
Messi fear: 17 goals against Atleti in 14 games

The year of the Beast: Negredo is scoring a goal in the Premier League every 91 minutes

Dakar: Roma in cars and Coma in the motorcycles, are leading

The magic of Chacho until 2018 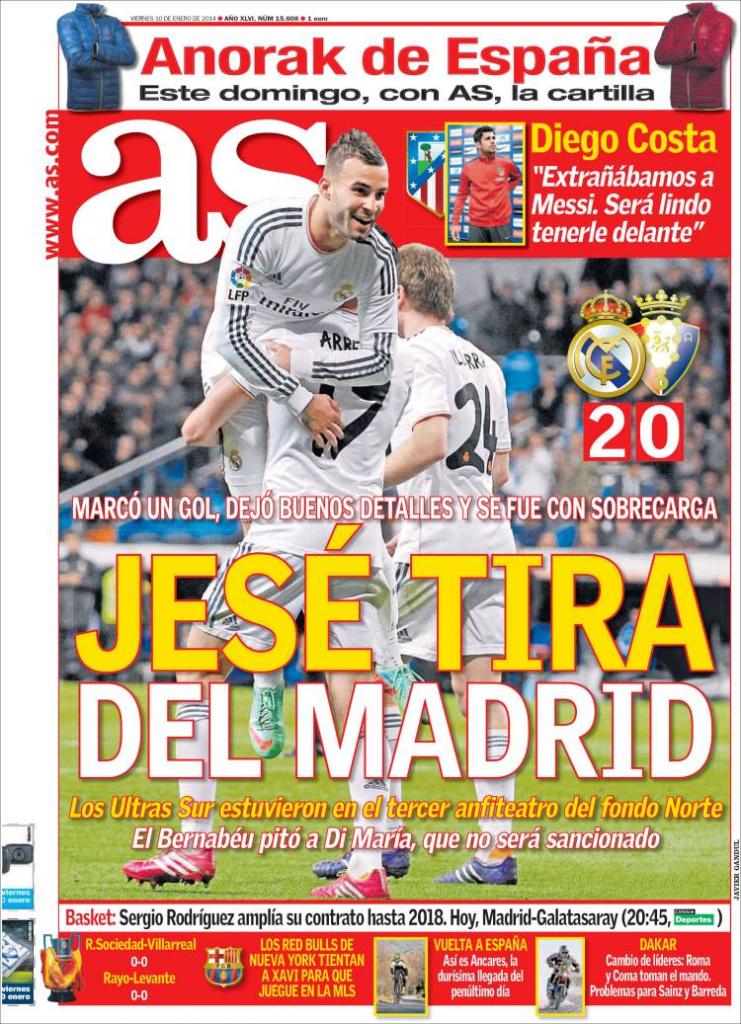 Jese does it for Madrid

The Ultra Sur were in the Northern third tier

The Bernabeu jeered Di Maria who will not be sanctioned

Diego Costa: "We will surprise Messi. It will be nice to have him up front"

Sergio Rodriguez extends his contract until 2018 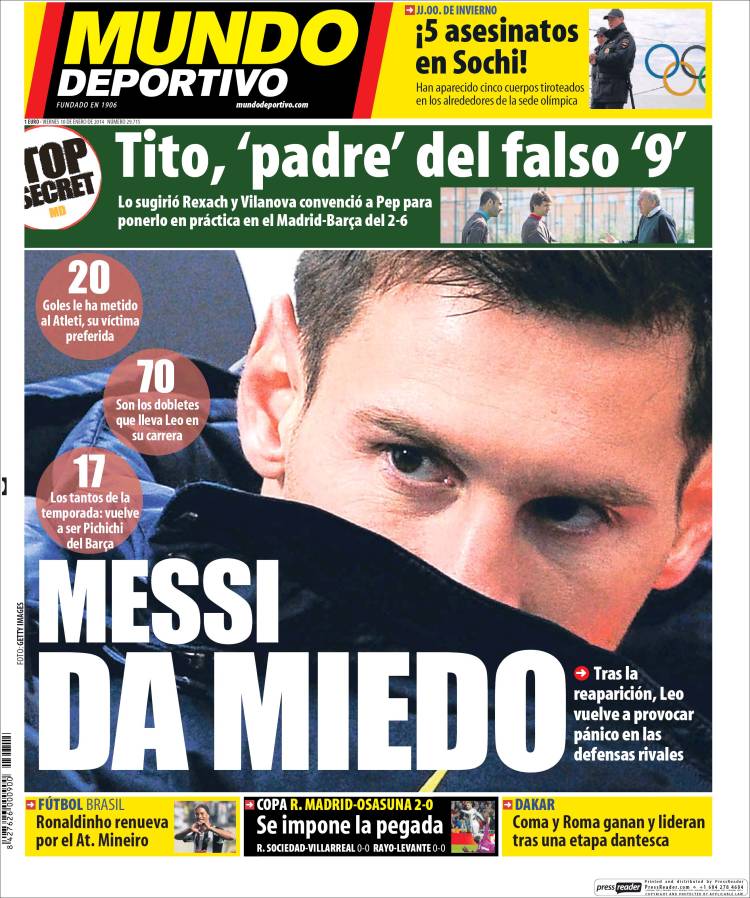 70 doubles he has scored in his career

17 goals and he returns to be the Pichichi for Barca

After his return, Leo is provoking panic amongst rival defenses