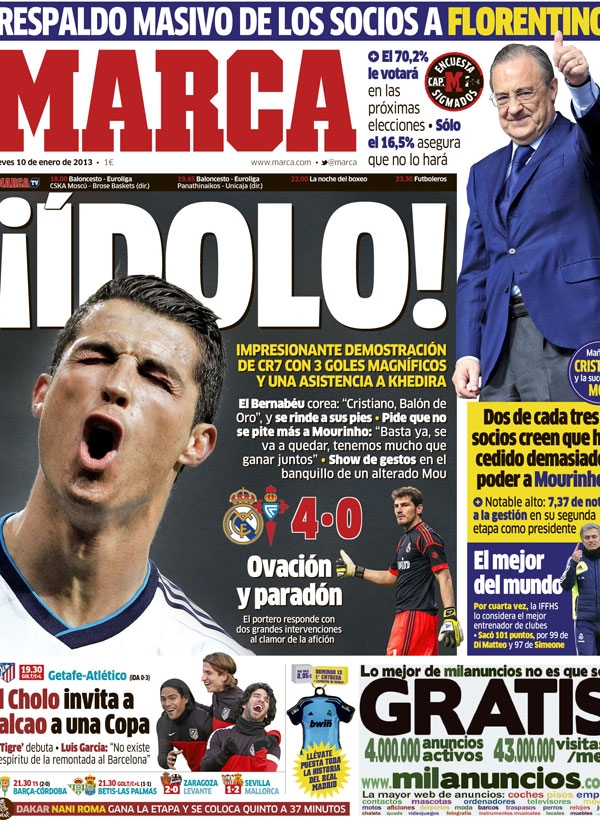 Idol: Impressive demonstration from CR7 with three great goals and one assist for Khedira

Mourinho asked but not jeered more: “Enough already, it will remain and we have to win much together”

A different Mou on the bench

Ovacion and a great save: Casillas makes two gran saves much to the pleasure of the fans

Massive support from the Socios for Florentino

70.2 per cent will vote him in the next elections

Only 16.5 per cent are sure they will not

The best in the world

For the fourth time, the IFFHS has considered Mou the best trainer at club level

El Tigre debuts, Luis Garcia, “There is no spirit for the comeback against Barcelona” 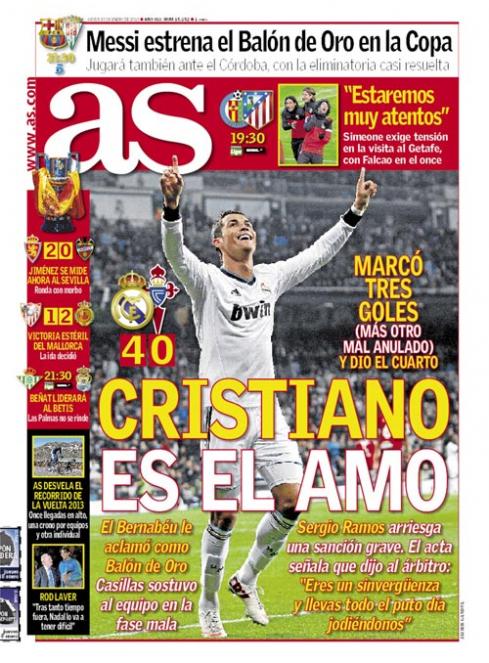 Cristiano is the master

He scores three goals (another was annulled) provides the fourth

The Bernabeu claims him as the Balon d’Oro

The records states that Ramos said: “You are shameless. All damn day you have been against us”

“We are focused”, Simeone demands concentration ahead of the visit of Getafe, Falcao is in the team

Zaragoza 2-0 Levante: Jimenez’s side now to measure up Sevilla

Rod Laver: “After much time out, Nadal will find it difficult” 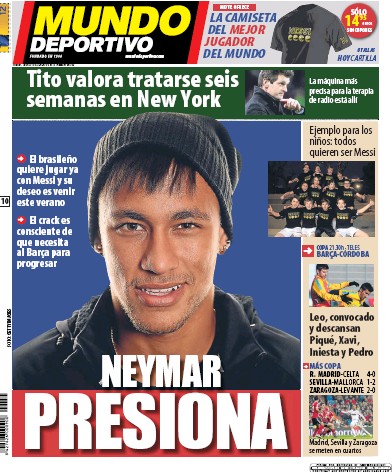 The machine most precise for radiotherapy is there

Ejemplo para los ninos: every one of them wants to be Messi