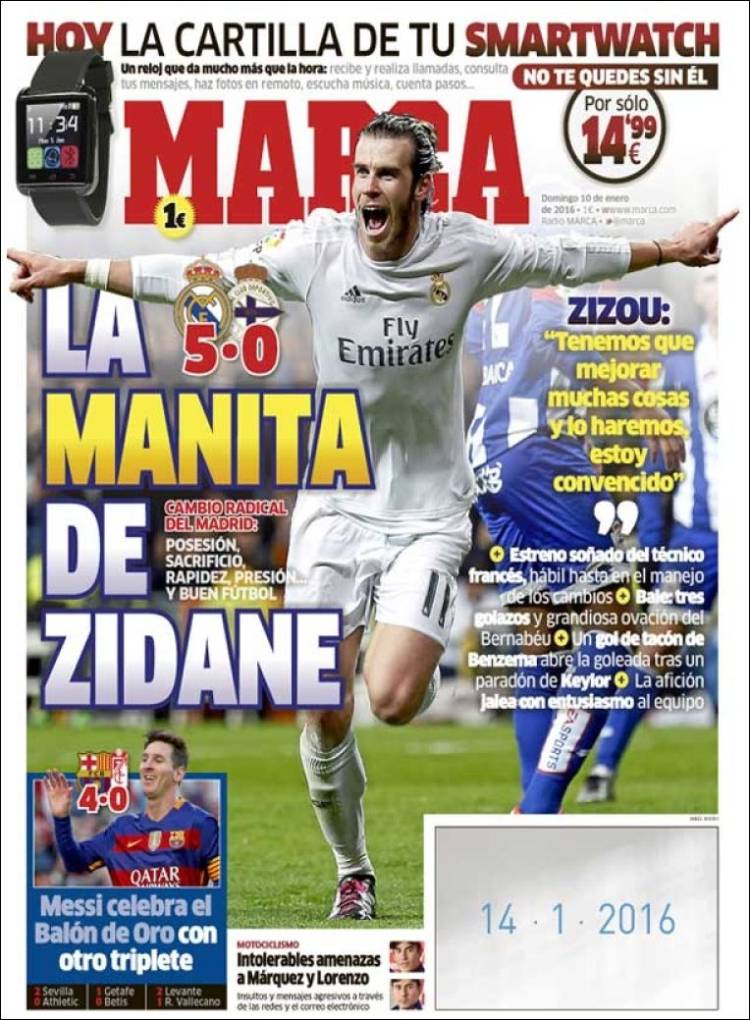 Zizou: “We have to improve on many things, but I'm convinced we will”

Dream start for the Frenchman, who was skilled in the handling of subsitutions

The crowd enthusiastically cheered on the team

Messi celebrates the Ballon d'Or with another hat-trick 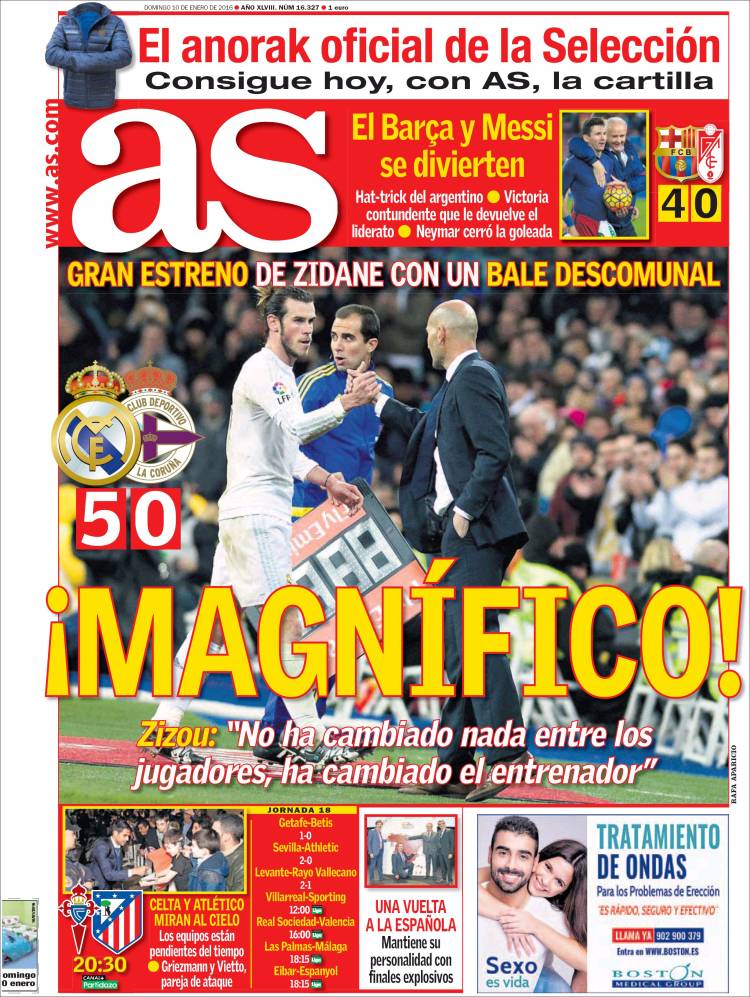 Zizou: “Nothing has changed between the players, only the Coach has changed”

Barca and Messi have fun

Hat-trick from the Argentine

A resounding victory which restored their lead

Celta and Atletico both look to the sky

The teams await a weather update

Griezmann and Vietto to partner in attack 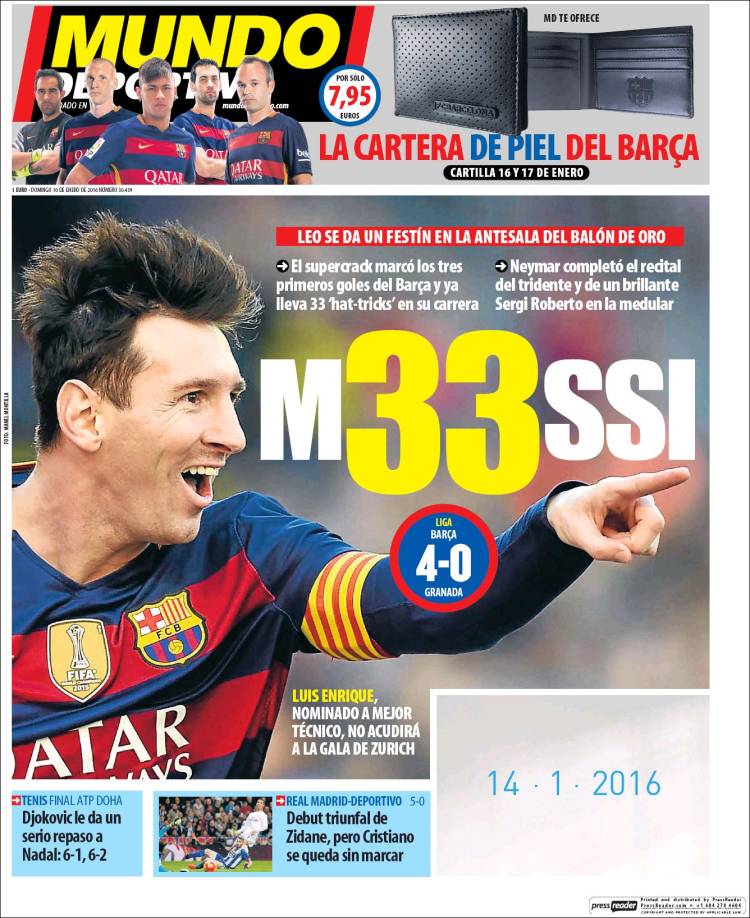 Leo enjoys a feast in the prelude to the Ballon d'Or

Luis Enrique, nominated for best Coach, will not attend the gala in Zurich

Triumphant debut for Zidane, but Ronaldo remains without goals