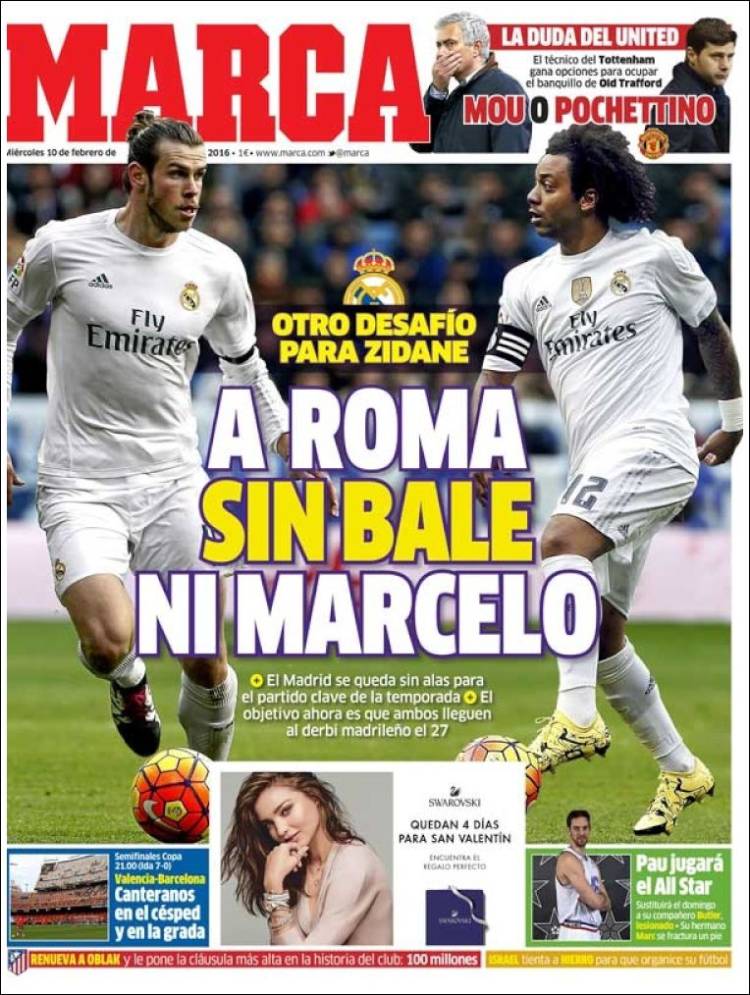 Another challenge for Zidane

To Roma without Bale or Marcelo

Madrid remain without wings for the key game of the season

Youth teamers on the pitch and in the stands

Oblak renews and the clause is the highest in the history of the club: €100m 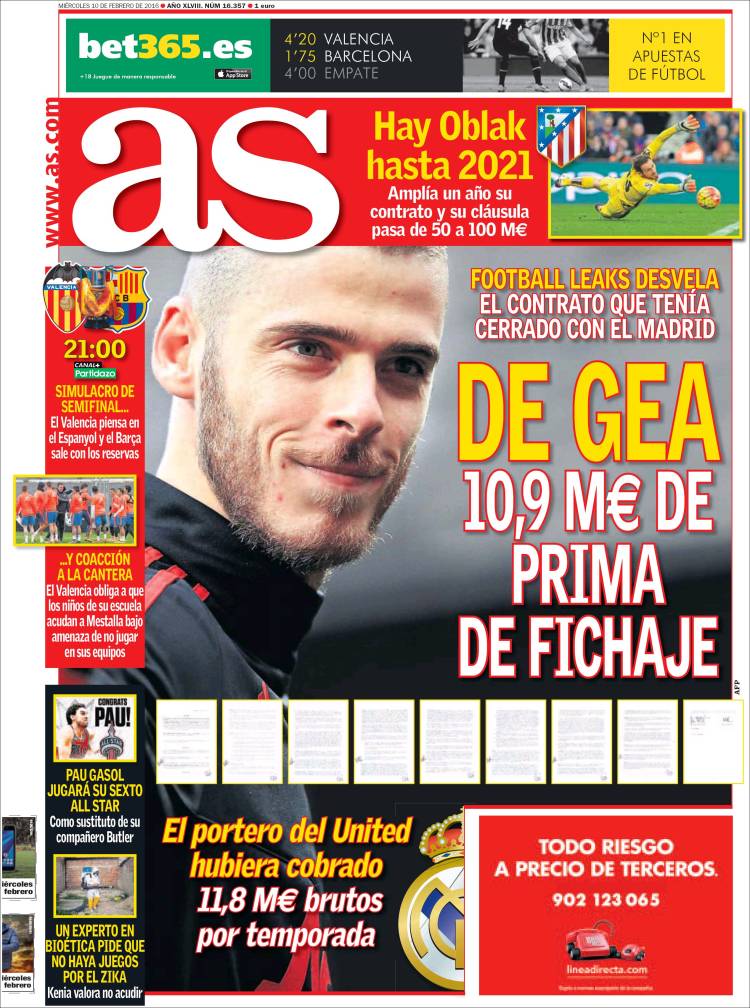 Football Leaks reveals the contract he had closed with Madrid

The United goalkeeper would have earned €11.8m gross per season

Simulation of a semi-final…

Valencia think of Espanyol and Barca take the reserves

…and coercing the cantera 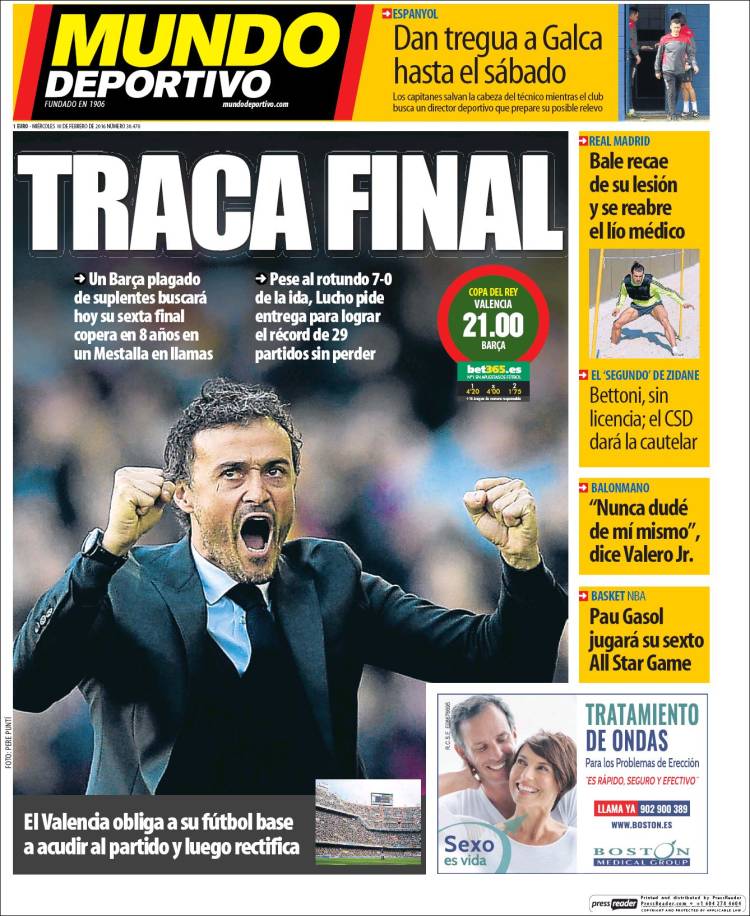 Truce for Galca until Saturday

Despite the resounding 7-0 of the first leg, Lucho asks for dedication to achieve the record 29 games without defeat

Bale relapses in his injury and reopens the medical mess

The ‘assistant’ to Zidane

Bettoni, without a licence

The CSD will give a precaution