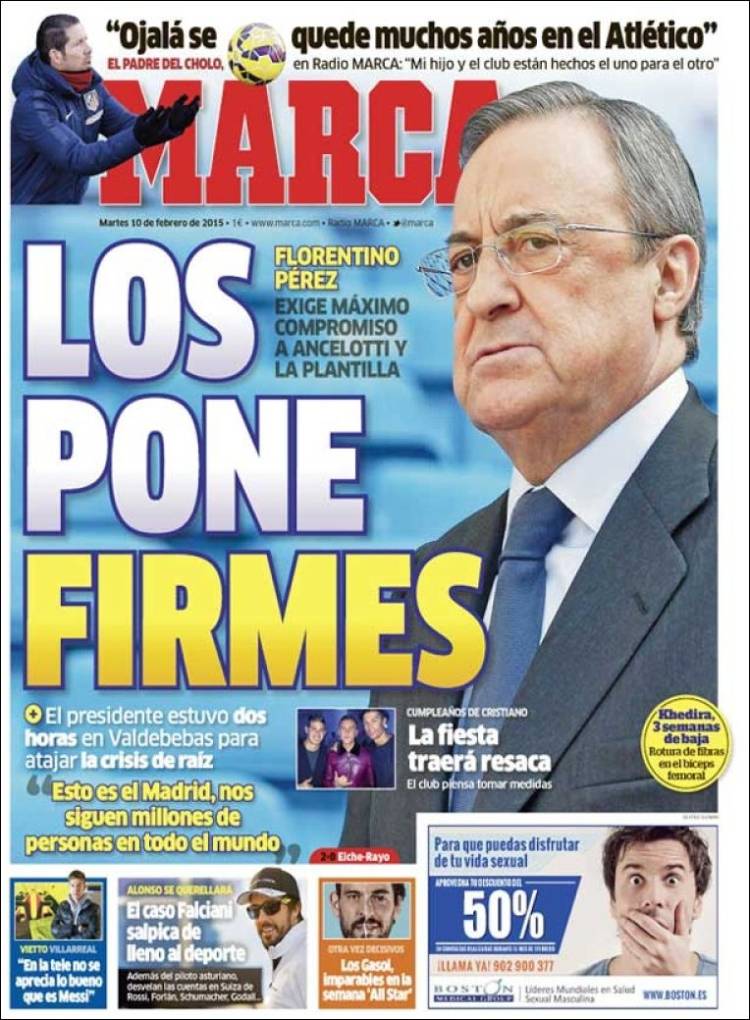 He put it firmly

“This is Madrid, millions of people follow us around the world”

Requires maximum commitment from Ancelotti and the squad

“I hope you stay for many years with Atletico”

The father of Cholo on Radio Marca: ‘My son and the club are made for each other’

The party will bring a hangover

Khedira, out for three weeks with a femoral biceps injury 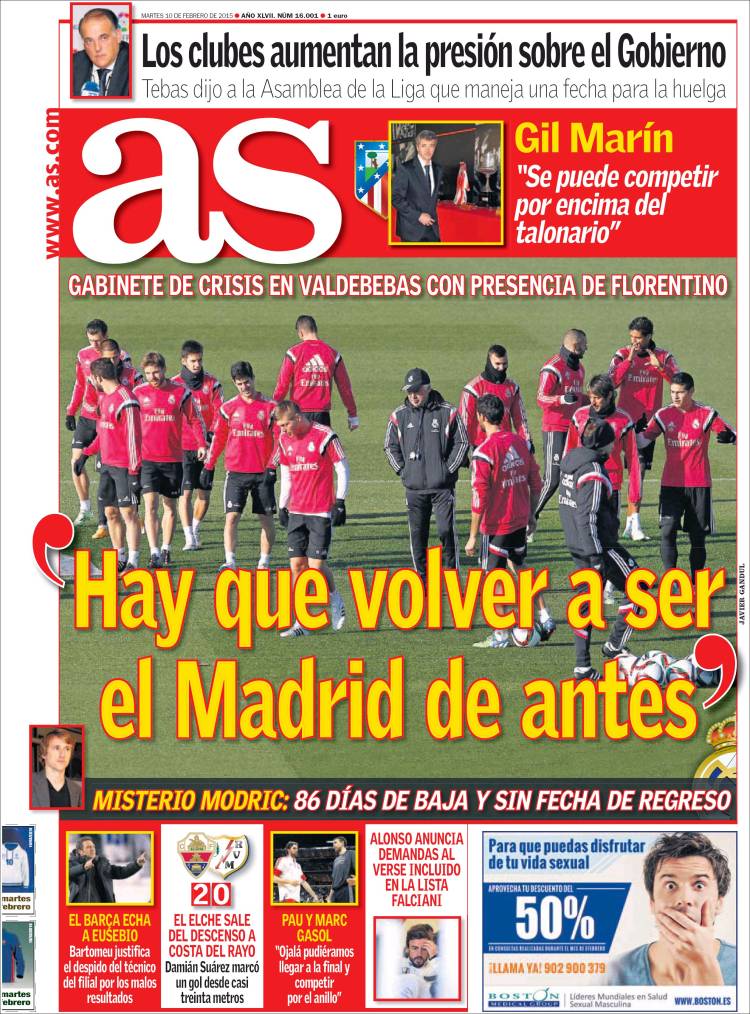 Crisis cabinet at Valdebebas with the presence of Florentino

“I want you to return to the Madrid you were before”

Modric mystery: 86 days injured and no date for a return

The clubs increase the pressure on the Government

“You can compete over the chequebook” 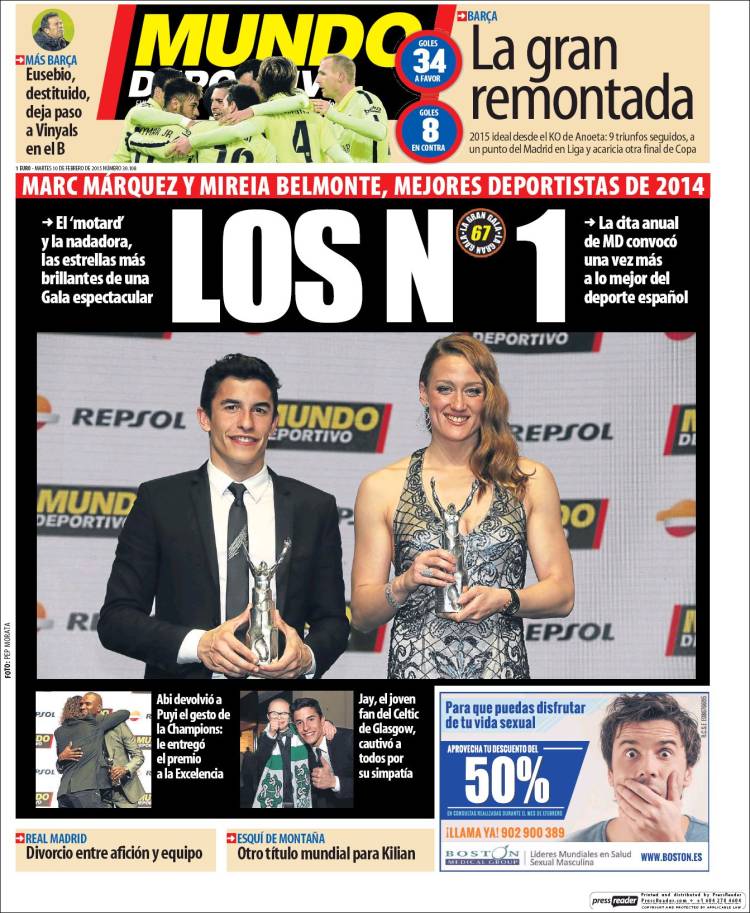 Abi returned the gesture of Puyi from the Champions League: He handed over the award for excellence

Jay, a young fan of Celtic, captured the sympathy of everyone

2015 ideal since the knockout at Anoeta: 9 successive wins, a point behind Madrid in the League and close to another Cup final