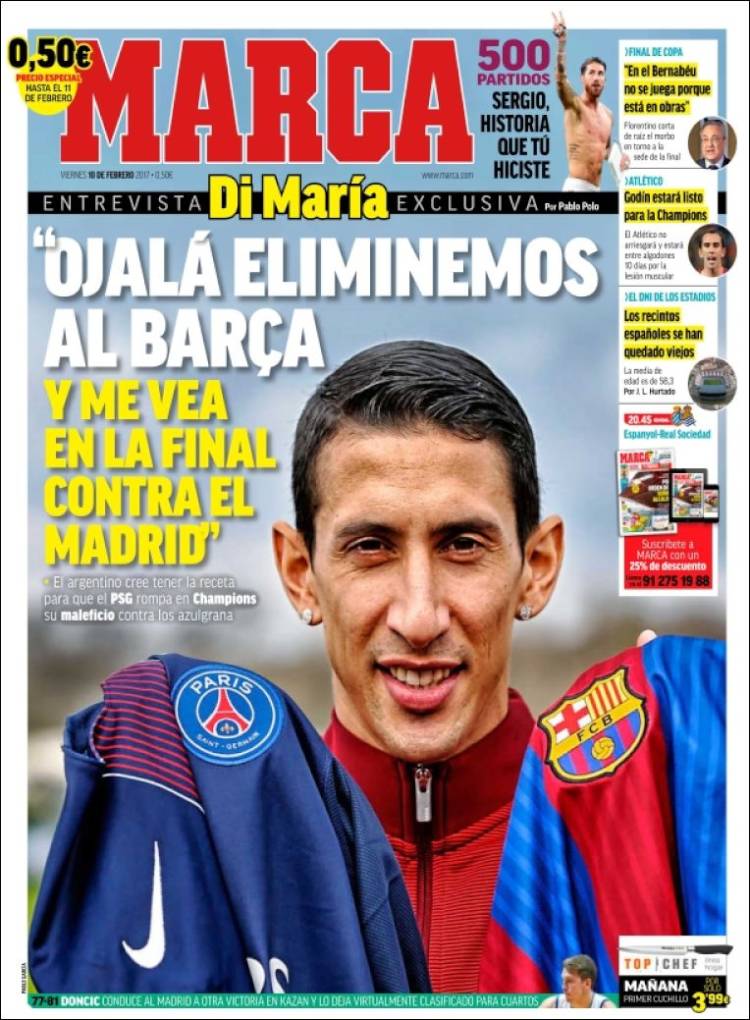 "Hopefully we can eliminate Barca and play Madrid in the final"

Godin will be ready for the Champions League 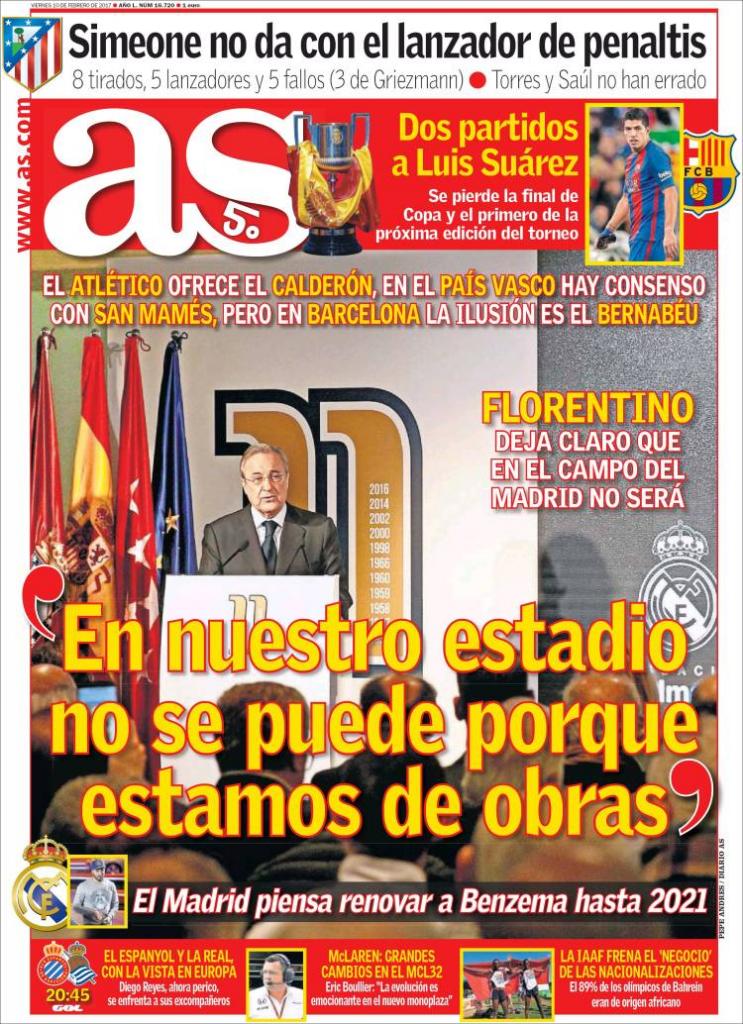 "You can't play in our stadium as there will be works"

Simeone doesn't have a specialist penalty kick taker - 8 have taken, 5 scored, 5 misses (3 of those Griezmann), Torres and Saul haven't missed

Espanyol v Real Sociedad - with a view for Europe 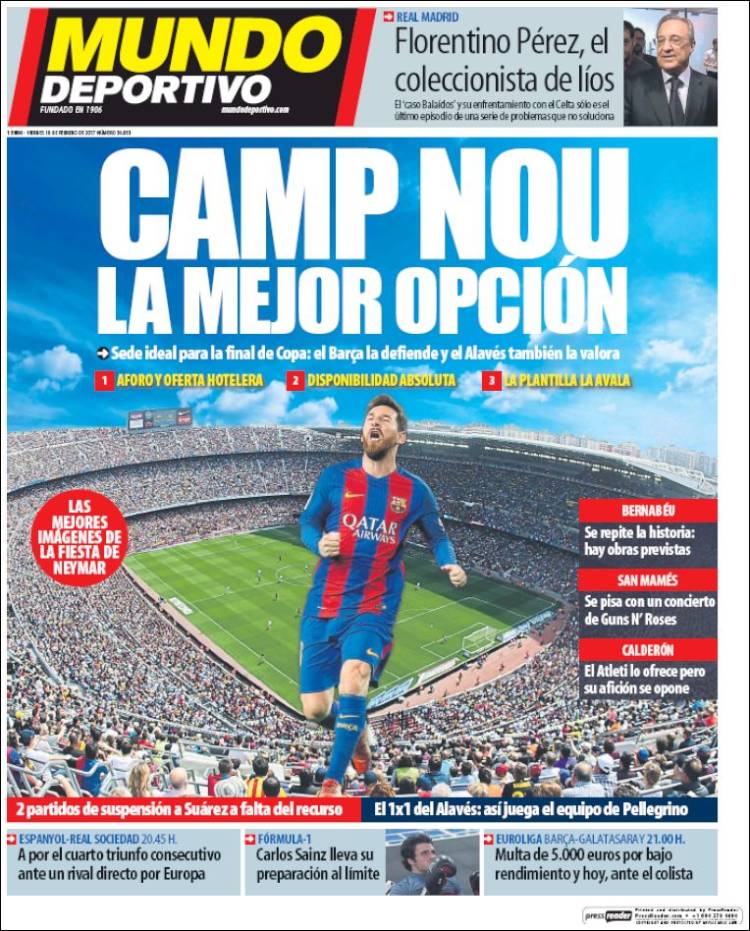 The ideal venue for the Copa: Barca would support it and it would have value for Alaves

1) Capacity and lots of hotels, 2) Complete availability, 3) The club guarantees it

2 matches suspended for Suarez, How Alaves play under Pellegrino

Florentino, a collector of mess