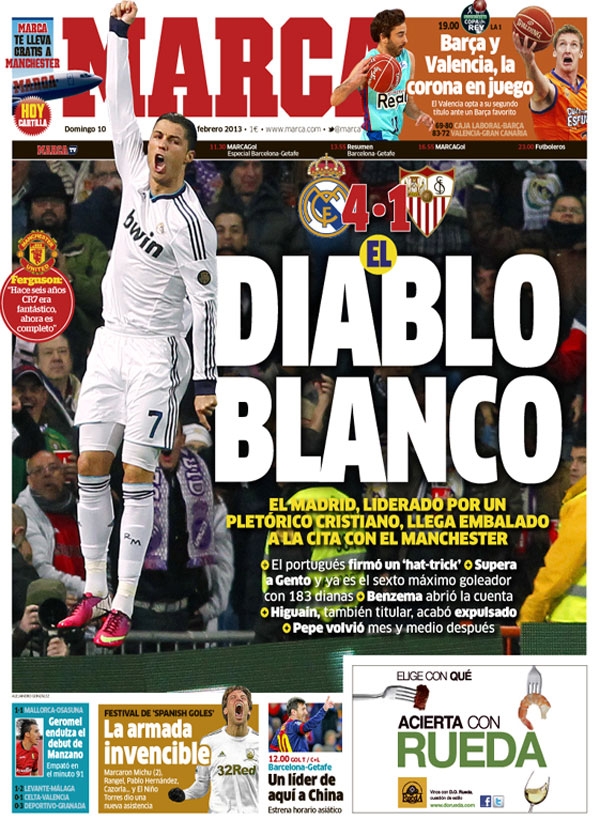 The white devil Madrd, lead by an inspired Cristiano, are ready for the date with Manchester The Portuguese secures a hat-trick, surpasses Gento's record and already is the sixth greatest goal-scorer of all time for Madrid with 183 strikes  Benzema opened the scoring, Higuain, also starting, was sent off, Pepe returned after a month and a half out Ferguson: "For six years CR7 has been fantastic, he is complete" Festival of Spanish goals, an invincible Armada: Goals from Michu (2), Pablo Hernandez, Cazorla and....el Nino Torres with an assist Barcelona v Getafe: A leader in China, Barca playing for an Asian audience Mallorca 1-1 Osasuna: Germol sweetens the debut of Manzano, drawing the game in the final minute Basketball: Barca and Valencia to play for the crown 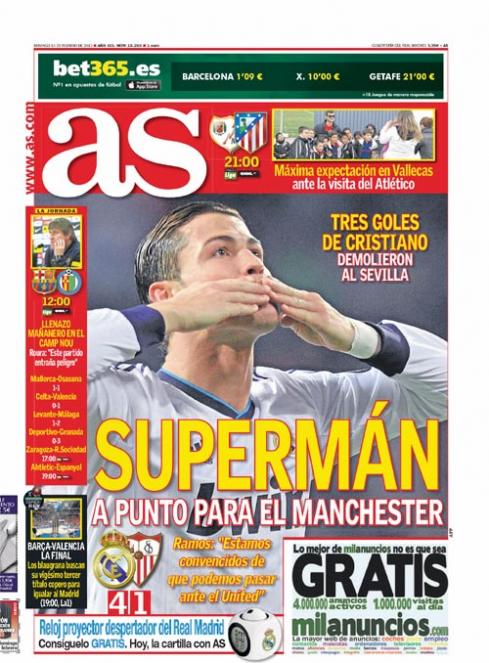 Superman makes a point for Manchester
Three goals from Cristiano demolish Sevilla
Ramos: "We are convinced of what we can do against UNited"
Great expectation in Vallecas ahead of the visit of Atletico Madrid
Barcelona: Early rise in Camp Nou
Roura: "This game could be dangerous"
Barca v Valencia final: The Blaugranas search for their twenty-third title 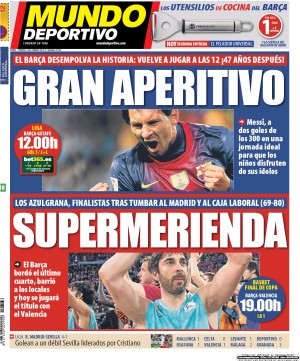 Great appetiser: Messi, with two goals before reaching 300 on one match day ideal for the kids watching their idols
Super afternoon snack: The Azulgranas, finalists after beat Real Madrid and Laboral
Barca did excellent in the last quarter, today will play Valencia in the final
Liga, Real Madrid 4-1 Sevilla: Ronaldo-led Madrid thrash Sevilla