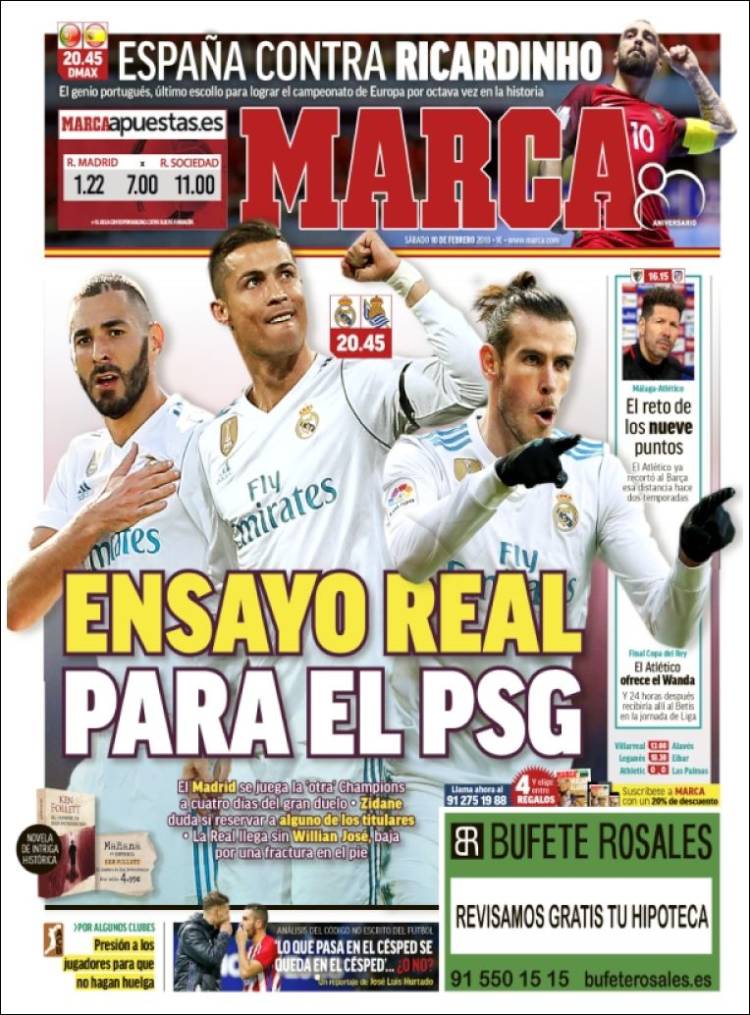 Madrid are playing for 'another' Champions League, four days before the big clash

Zidane has doubts about resting some of his starters

La Real arrive without Willian Jose, out with a fracture in his foot

The goal of nine points 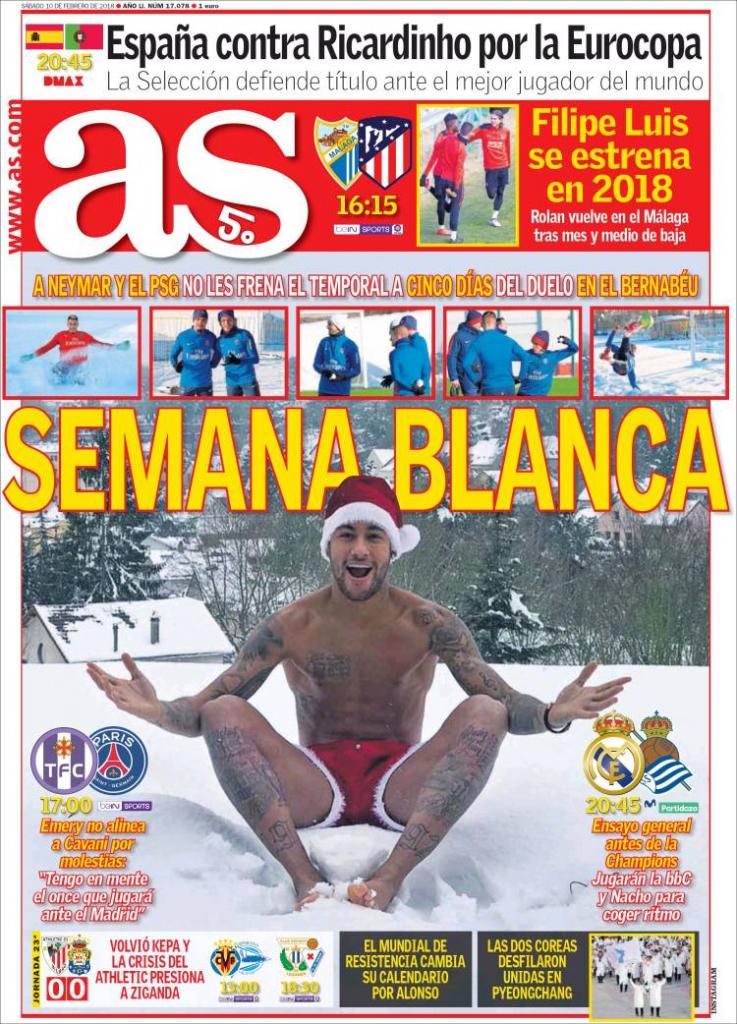 Rolan returns for Malaga after a month-and-a-half out

The storm does not slow down Neymar and PSG, five days before the clash at the Bernabeu

Emery will not start Cavani, who has a knock

"I have the XI that'll play against Madrid in mind"

General test before the Champions League

BBC will play and Nacho to pick up the pace 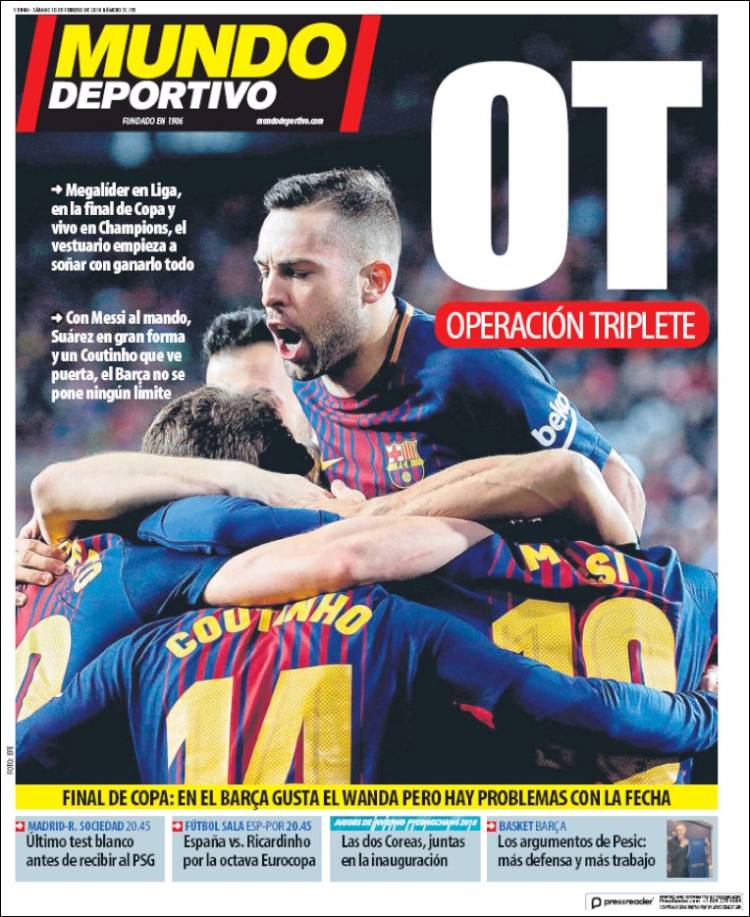 Big leaders in La Liga, in the Copa del Rey Final and alive in the Champions League, the dressing room starts to dream about winning everything

With Messi in charge, Suarez in great form and Coutinho on target, Barca put no limits on themselves

Copa Final: Barca like Wanda, but there are problems with scheduling